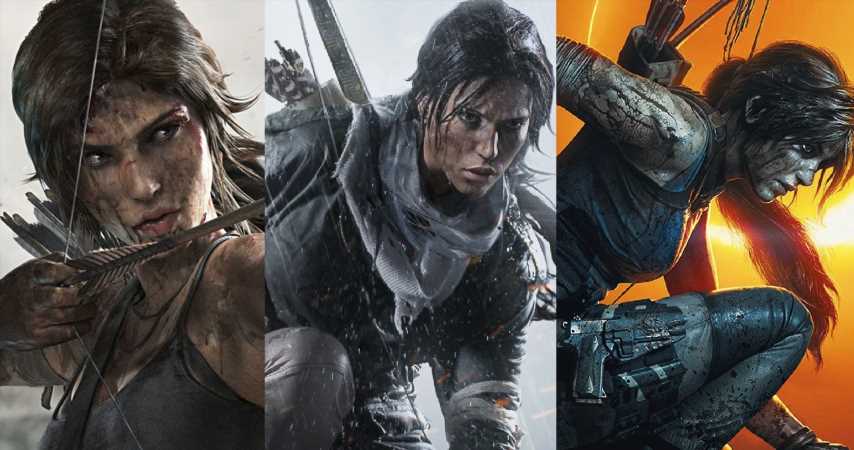 The Tomb Raider reboots, released from 2013 to 2018, offered a bold new look at an iconic character. For the next five weeks, I will discuss each game and how it altered Lara’s characterization – for better or worse. This week, I discuss my own history with the franchise, as well as the evolution of Lara.

When I was a small child, all I wanted to be was Lara Croft.

One of the very first things I remember drawing was a picture of Lara, as she appeared on the cover of her inaugural 1996 game. Gun barrels longer than the width of her waist aimed to the side. Her right leg boldly stepping forward into the unknown. Steadfast eyes looking right at the camera with a steely gaze.

Of course, my rendering as a four-year-old probably looked like a collection of oblong shapes that were vaguely Lara-esque, but I tried my best. 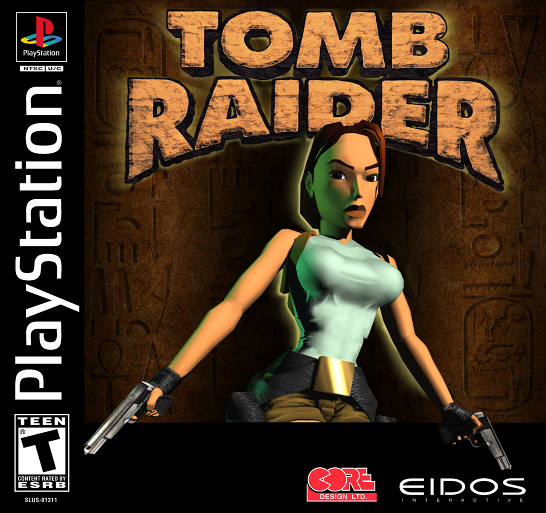 At the time, everyone in my life took this as me just having an enormous crush on Lara. To be fair I definitely did, and still kind of do. Who wouldn’t? Lara’s a tough, fiercely independent woman who can murder you in about a million different ways and look good doing it. For a little kid to have a crush on her makes total sense, just as it does for an adult.

But I knew that my feelings were much more than a crush by the time I was seven or so. When I took a Dorothy Barbie doll I had, stripped her naked, braided her hair, and slipped her into a pair of cargo pants and a tank top filched from my GI Joes, I suspected there was something amiss. Because while I was expected to play with Joe and Max Steel and Action Man, there was something about them that made me feel so blasé. I didn’t identify with the military tough guys, the extreme sports playboys, the stoic secret agents.

No, I felt the most kinship with Lara – a character I could actually control in her adventures, who had an interesting personality, who could fire off two guns at once like nobody’s business and do a sick backflip at the same time. 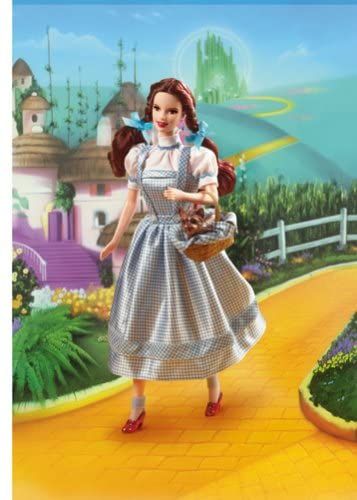 As a young boy, I wanted to be Lara, but I knew I couldn’t. That was weird, right? Definitely. But because it was weird, and because I knew it wasn’t possible, I felt something that I think could only be described as low-key anger at the unfairness of the universe. Was that because I was seven years old? Well, yeah, duh. Seven-year-olds get upset at just about anything.

But as I got a little older, I began to understand where that anger came from. Why I identified with female characters more than male ones. Why I exclusively picked female characters in video games. Why I wanted tits. And after trying to drink those feelings into submission, I finally accepted it in the messiest way possible, before eventually taking hormones and beginning the transition process.

And truly? I don’t think I would’ve come to that conclusion without Lara. Seriously!

The thing is, Tomb Raider was a constant throughout my life after that initial exposure. Aside from Tomb Raider II being the first video game I ever played, the games were practically the only things I played consistently between the ages of six and ten. Then, when I got a computer that could run them, I immediately dove into Legend, Underworld, and Anniversary.

That’s not even getting into the overwhelming hype I felt for the first Tomb Raider movie in 2001, along with the pretty awesome Taco Bell promotion.

Or how much I treasured my Lara action figure I got for Christmas one year. God, I wonder what happened to that thing? 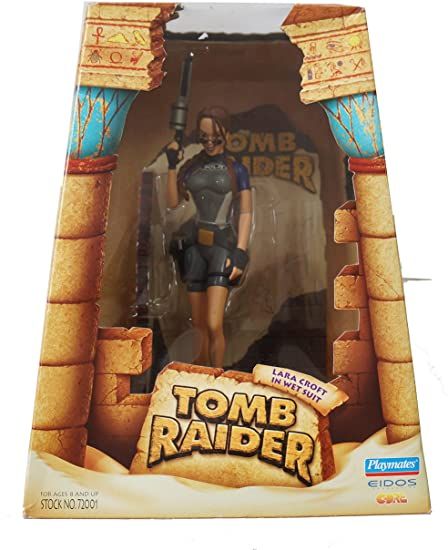 But I digress. Lara was always kind of a constant to me. Other heroes came and went, and interest in other franchises waxed and waned, but Tomb Raider and its globetrotting heroine has remained a staple of my life – no matter where I’ve been at emotionally, mentally, or physically.

Lara Croft means a lot to me, and she’s a large part of the reason I began my gender transition. As a character, she defined what I thought being a woman was all about. However, as the years went by, Lara started to change as a character. She got darker, edgier, grittier. Even though she remained the plucky, playful adventurer she always was at heart, each subsequent game since 1996 tried adding different layers of characterization to her – with mixed results. 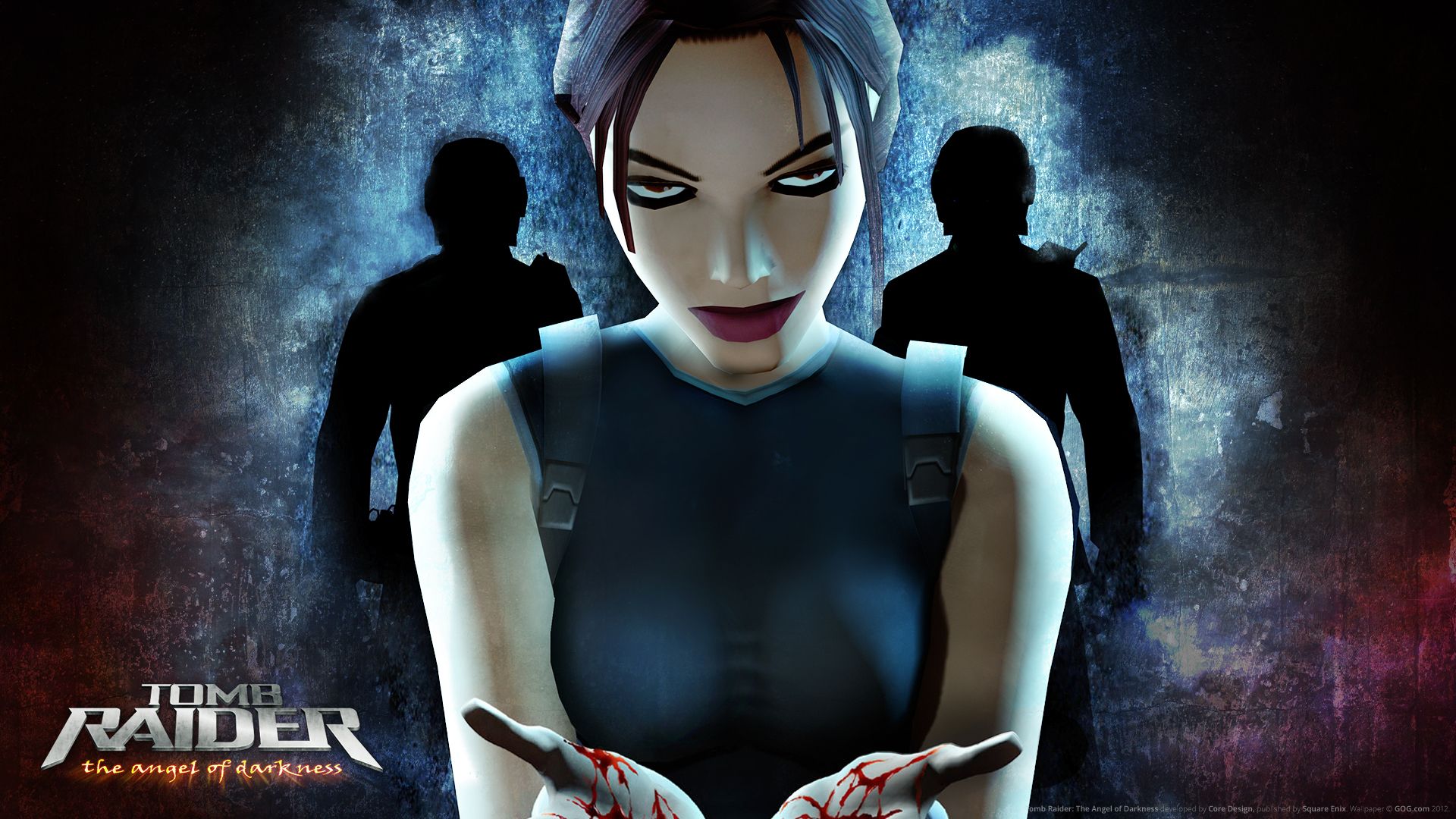 Lara’s personality became muddled, as there was a tension between what the public wanted Lara to be and what the developers thought the public wanted Lara to be. This resulted in weird dabblings in giving her Dissociative Identity Disorder, making her parents much more of a thing, giving her a childhood friend to care about, and a bunch of other decisions that didn’t work far more often than they did.

While the Legend/Anniversary/Underworld trilogy did a great job of course-correcting the series, it was pretty clear that nobody knew what to do with Lara anymore. If they did it like the old days, it would feel dated. If they put the same character in darker situations, it felt unnatural. How to characterize Lara became this Sisyphean struggle, to the point where one reboot just wasn’t enough.

In 2010, Square Enix exerted its control of its new IP and mandated a second reboot to the franchise. And in 2011, when that reboot was revealed to the world, I couldn’t help but to feel like I’d been kicked in the teeth.

Here was Lara Croft, a character I’d grown up with and idolized, stripped of everything that made her famous. Now, she was a scrawny teenager without guns, who got beaten up and bloodied, who was marketed with the incredibly creepy pretense of wanting to “protect her” because she was like a “cornered animal.” Yikes. 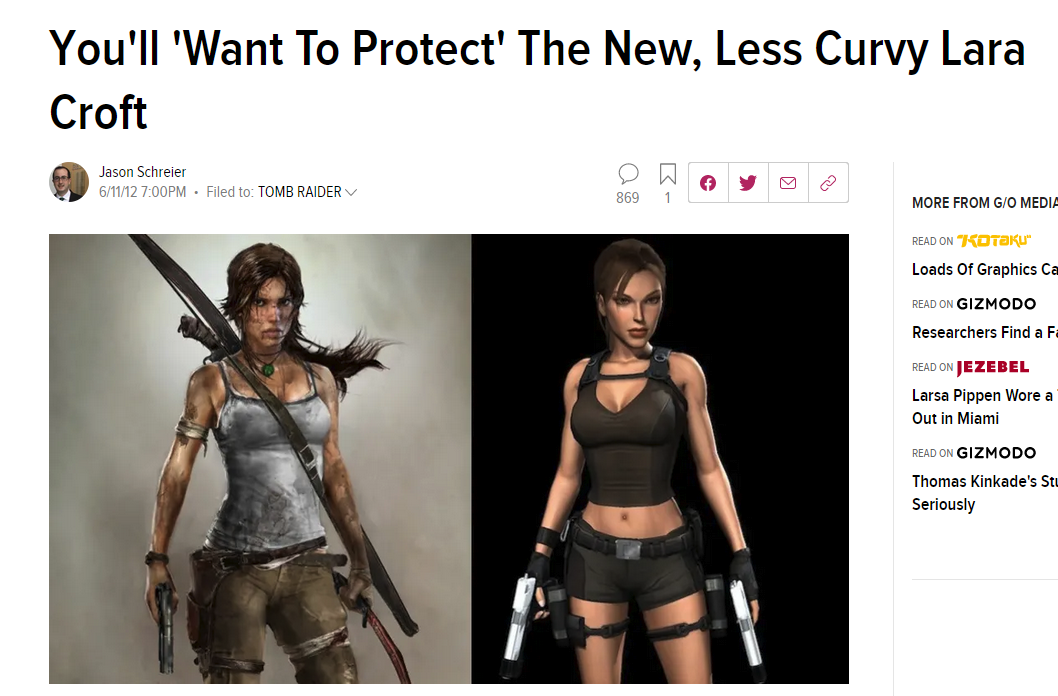 Naturally, though, I was always going to play this game. I had to, out of loyalty to the character that I grew up alongside, and to the series that made me fall in love with video games. No matter where it went, I’d follow. And two years later, on a rainy afternoon in my freshman year in college, I drained my checking account to pick up a copy for my PlayStation 3 on launch day.

What followed was the start of a six-year journey, following Crystal Dynamics’ drastically different take on the beloved character who helped shape me into who I was.

Rebooting Lara will be a five-part series exploring the characterization of Lara Croft in the video games Tomb Raider, Rise of the Tomb Raider, and Shadow of the Tomb Raider, followed by a concluding coda and discussion of the 2018 cinematic reboot. Each Thursday, I’ll take a deep dive into what the games got right, what they messed up, and how it changed my interpretation of who Lara is and what drives her.

Because while 2013’s Tomb Raider put the franchise back on the map in a big way, it was simultaneously the best and worst thing to happen to its protagonist since her inception.

Next: Trump’s Facebook Ban Means He Can No Longer Use An Oculus Quest

Bella Blondeau is a lovable miscreant with a heart of gold… or so she says.

She likes long walks in dingy arcades, loves horror good and bad, and has a passion for anime girls of any and all varieties. Her favorite game is Nier: Automata, because she loves both robots and being sad.