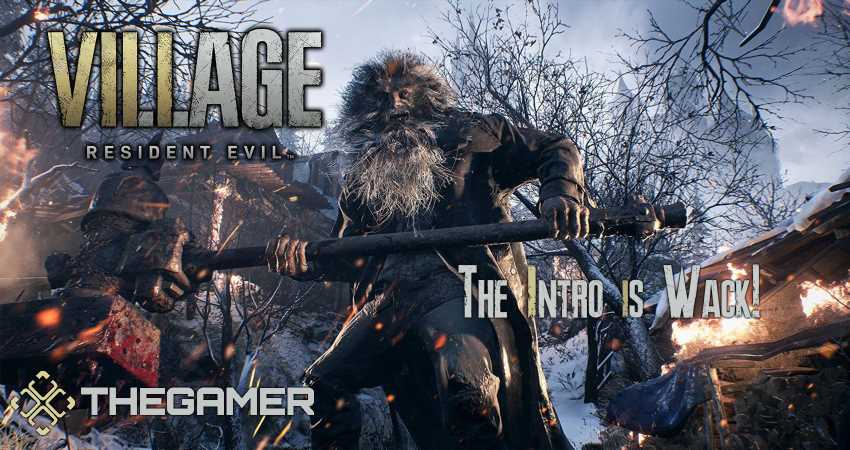 It’s been roughly two weeks since Resident Evil Village released, and most fans seem to be pleased with it. Leaning a bit more heavily into the action side of things, Village draws a lot of comparisons to the legendary Resident Evil 4 in not only location but approach to its enemies and combat. Nowhere is this clearer than the intro sequence – a desperate struggle against overwhelming odds that leaves you underpowered and running for your life. Sadly, this opening fails to learn anything from 4’s exquisite opening battle and ends up being the weakest part of the game overall.

Never one to shy away from a challenge, my first playthrough of Village was on the Hardcore difficulty setting. I’ve beaten past Resident Evil games on similar levels and was hearing all manner of complaints that Normal was a bit too easy, so I chose Hardcore and expected a decent challenge over the course of the game. Instead, what I got was a front-loaded blast of anxiety that then leveled off completely for the remainder of the campaign.

The biggest reason for this disparity is that Village’s opening moments do nothing to properly introduce you to its gameplay or feel. Unlike Resident Evil 4, which threw a couple of enemies at the player and even a QTE sequence before Leon’s desperate struggle in the town center, Village forces players to sit through barely interactive cutscenes and engage with exploration instead of combat before an all-out attack. 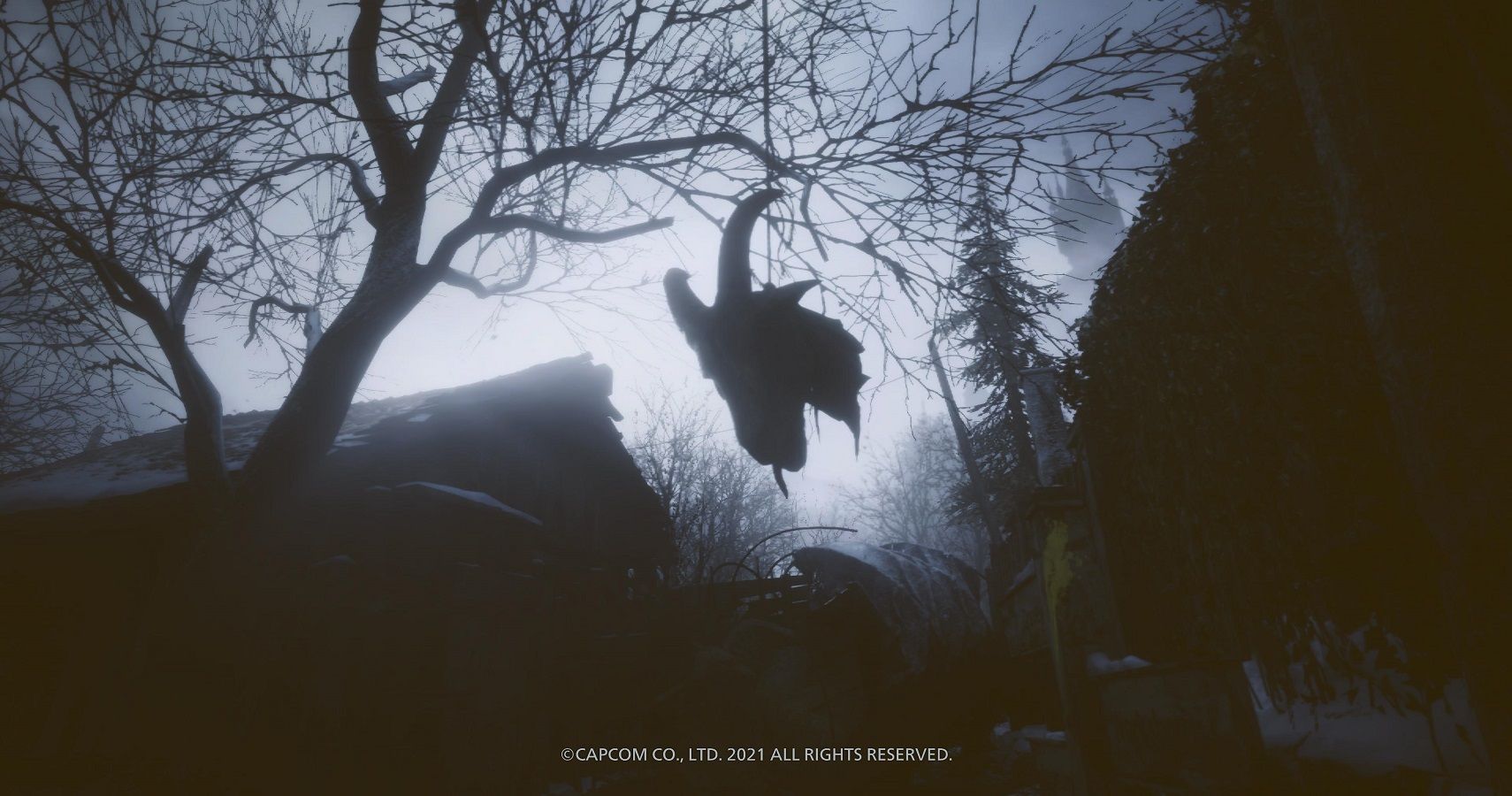 You do face two individual Lycans in the lead up to this brawl, but those fights are mostly scripted and don’t prepare you for the odds you’ll soon be up against. Obviously, you’re not supposed to be able to kill everyone during this assault, but having no real experience with the combat at this point, dealing with five or six enemies simultaneously is a massive ask for even the most skilled players. It doesn’t help that the game is not clear about what it wants from you, almost painting the picture of an escape route instead of letting you discover first that there is no escape.

Even when you do realize that the game wants you to hold out for an unknown amount of time, the low field-of-view and extreme lack of resources create an atmosphere that’s frustrating instead of scary. I understand that put into the situation for real, I’d probably die just as fast as Ethan does, but it feels utterly hopeless at times thanks to how uninformed players are. Contrast this with Resident Evil 4 where the AI isn’t as aggressive, there are a ton of supplies laying around, and you have a clearer path around its town center – it’s hard not to think Village messed up the intro.

What’s worse is that for the entire sequence to end, you have to step outside from a hiding spot and get grabbed by a mysteriously appearing Lycan that clearly wasn’t there before. The game doesn’t shift to its bell-ringing cutscene like 4. Instead, it has the player dart around like a headless chicken in the hope that this set-piece will finally conclude. 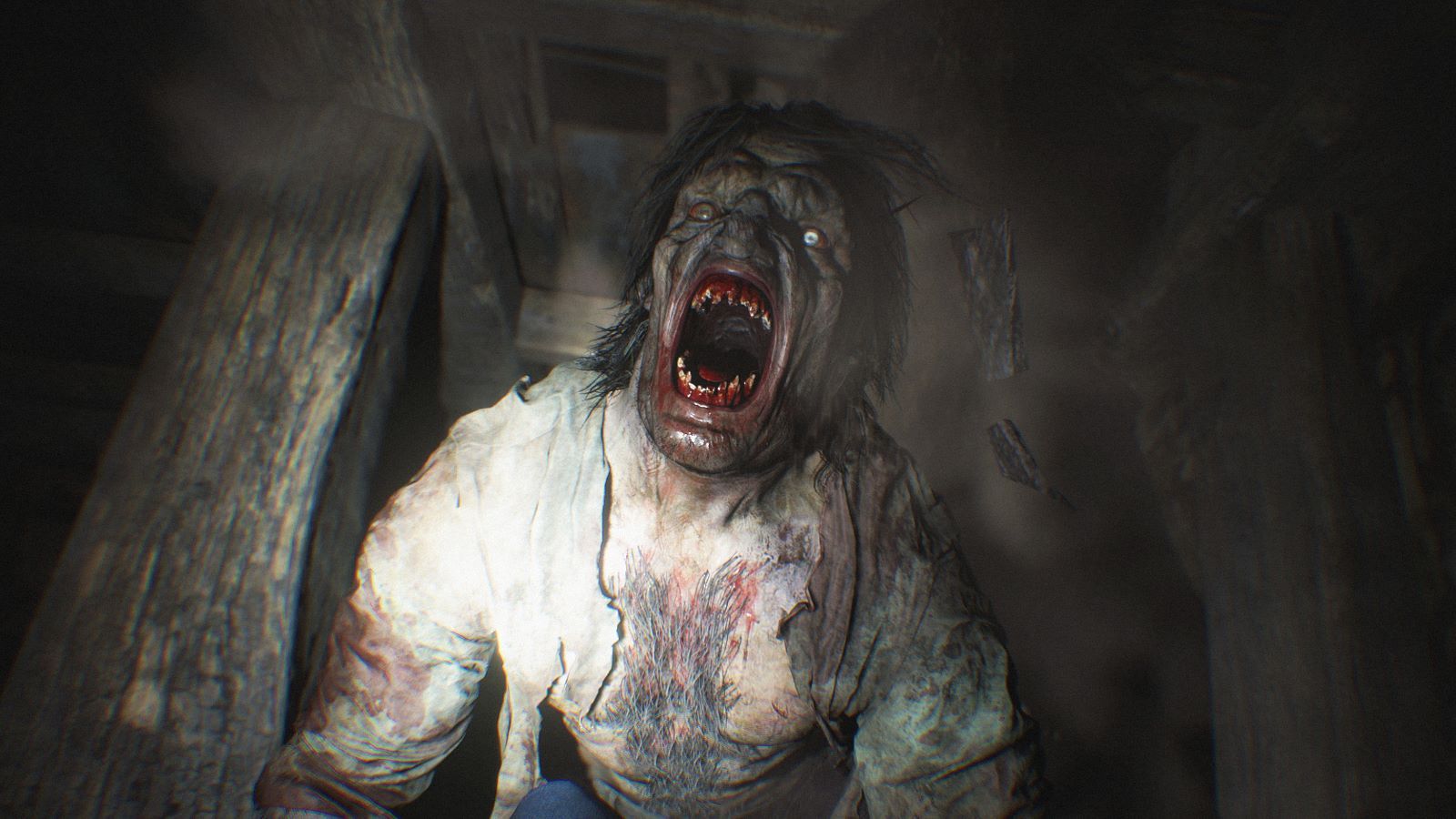 Maybe on a lower difficulty, this segment would be fine. I could still see the sheer numbers being overwhelming, but resources are more plentiful on Normal and enemies go down far quicker. I get the feeling that Capcom balanced Hardcore around players going into New Game Plus and having some upgraded gear at their disposal. The problem lies in how the rest of the game feels awesome on Hardcore.

A lot of the tension in older Resident Evil titles comes from the finite number of resources you have at hand. Enemies don’t take a dependable amount of damage to put down, so you make split-second decisions about whether or not certain foes are worth the trouble. On Hardcore, post-intro Village captures that beautifully. Lycans require almost an entire clip from your default Lemi pistol, while later foes test your accuracy to its fullest potential. It highlights the same type of combat Resident Evil 4 had, which put emphasis on scoring leg and arm shots to stop enemies in their tracks. You can’t always defeat everyone, but the odds are never so stacked against you as in the intro.

Even the boss fights, which typically act as the ultimate challenge of certain skillsets, have nothing on the first battle. I found the final boss to be the overall hardest fight, and I only died three times there. In the opening, I died more than 10 times. Nothing else came close to this level of challenge and it sort of sucked the tension out of the experience. I loved the varied environments and constant mixing of enemies, but those opening moments had me fearing a much tougher game that never arrived. 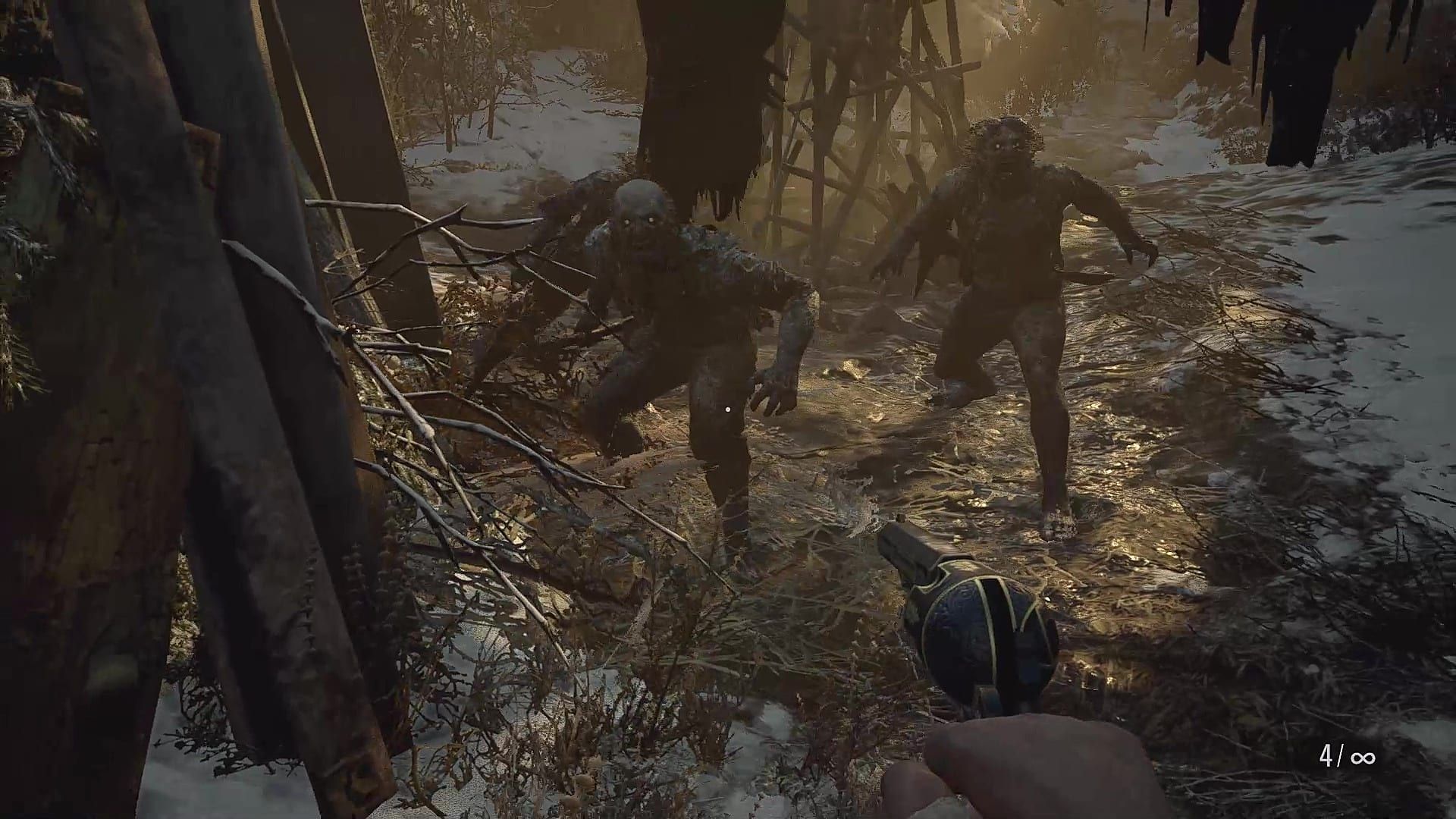 Too often in the discourse around games, people get hung up on whether or not something is “hard” or if something can be beaten. Most people don’t talk enough about difficulty balancing and how it can affect the overall experience. It’s fine to make a brutally difficult game that expects the most out of its players. It’s an entirely different thing to frontload your difficulty in a frankly nonsensical manner that then spoils the rest of the campaign.

I’m not asking for Resident Evil Village to be easier, because I found Hardcore to be just right. The Village of Shadows mode also has the extreme end covered and it is possible to beat that with a default loadout. What I would like to see is Capcom better balance this segment so that the toughest section of the game isn’t less than an hour into a 10-hour game. Even the ridiculous battle in Heisenberg’s factory doesn’t come close. That’s a real shame, too, because Village could have continually upped the ante instead of coasting along for the rest of its runtime.