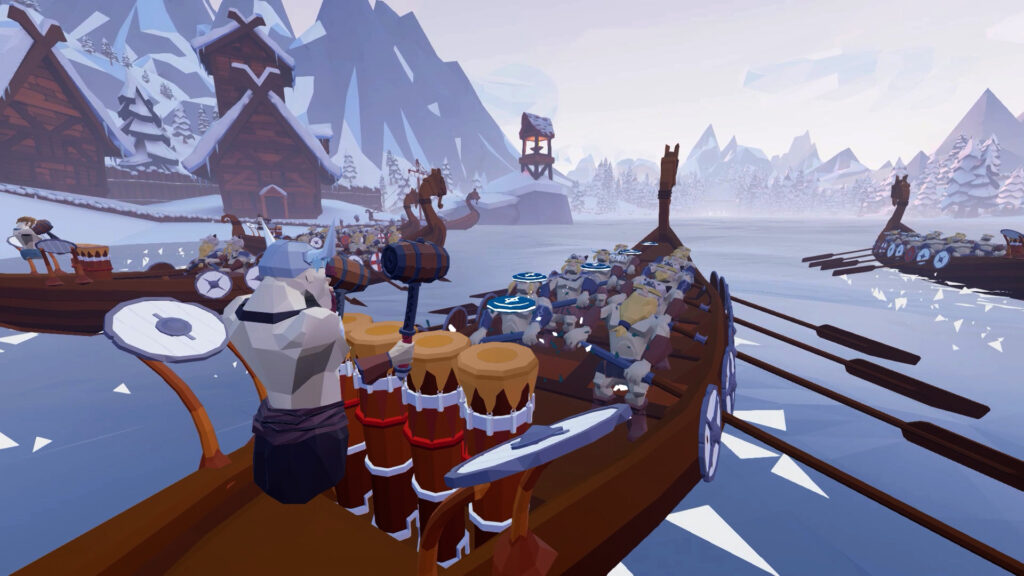 There are plenty of rhythm action videogames for virtual reality (VR) headsets covering all sorts of gameplay mechanics and music genres. One that popped up on VRFocus’ radar earlier this year was Ragnarock by French team WanadevStudio (Propogation VR) thanks to its Viking theme and Celtic rock and metal tunes. Today, the studio has announced that Ragnarock will be leaving Steam Early Access next week and that a native Oculus Quest version is on the way.

Since Ragnarock’s Early access launch in December 2020, WanadevStudio has greatly expanded the content lineup with the Alfheim, Nidavellir, and Asgard updates adding new environments and songs to drum away to. For the official Steam release this month the team has confirmed there will be more content and features coming without specifying what they might include.

As for the Oculus Quest edition of Ragnarock, that’s not too far away, with a summer launch slated for the standalone headset. Further afield, WanadevStudio has also teased future feature plans including cross-play between different VR platforms and increasing the intensity of the multiplayer mode.

Ragnarock is a drumming title that puts you in the role of a Viking captain inspiring his men to row their longboat as fast as possible by hitting all the notes perfectly in time. Maintain the pace and you’ll score big points to gain a bronze, silver or gold ranking for each track. As there are both solo and PvP multiplayer modes, in single-player, you can race against your ghost to improve those scores. While the multiplayer offers public and private races for up to six players all racing for first place.

All of these races are to epic rock and metal soundtracks from the likes of Alestorm, Gloryhammer or Wind Rose – there’s no electropop here – but there’s also support for custom songs. Only available in solo mode, you can create your own playable song from your music library.

Ragnarock is set to leave Early Access next Thursday, 15th July. It currently retails for £15.49 but there is a 20% sale going on at the moment. However, for the official launch, the price of Ragnarock will be increased. For further updates including the Oculus Quest launch, keep reading VRFocus.