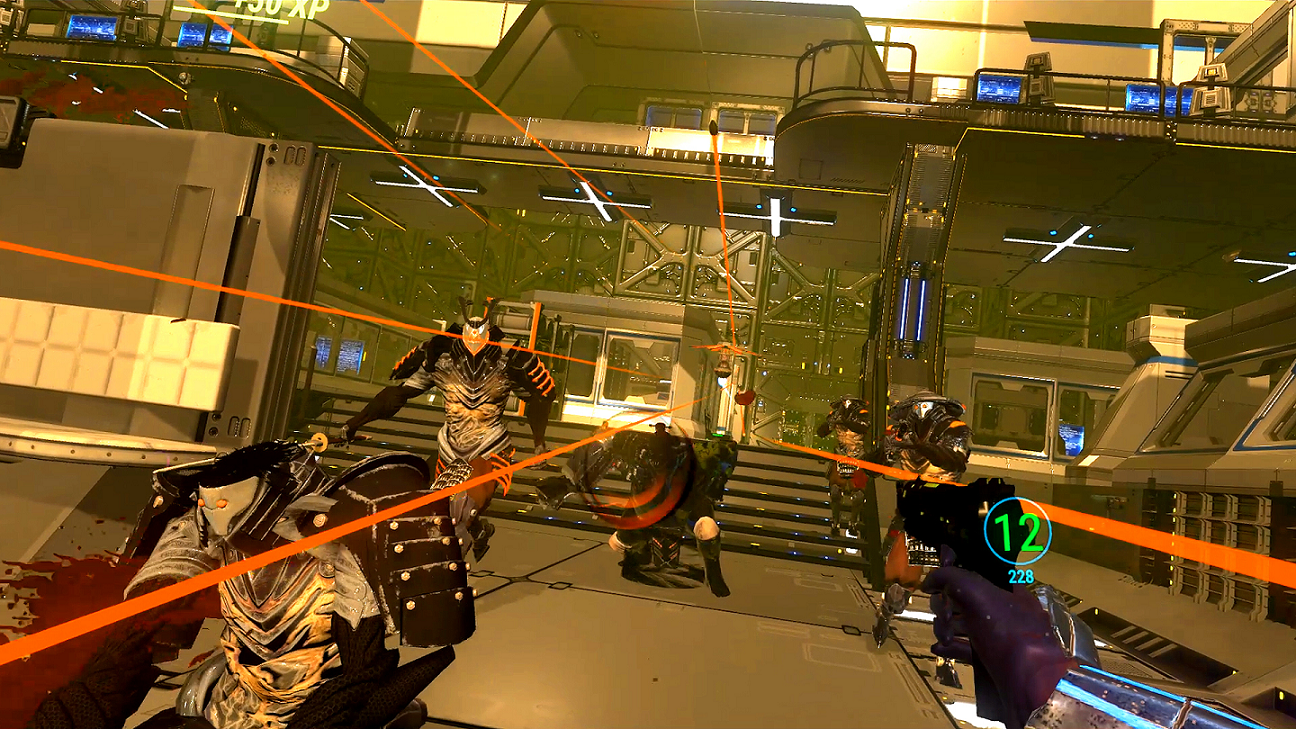 The pistols alone feel fantastic to use and they’re more than capable of getting the job done. Equip some automatic weapons, however, and those no-good ninjas will be nigiri in no time.

There’s also the sniper, which doesn’t have the most reliable scope, but is an absolute riot to hip fire from one hand while you mop up enemies with another weapon. The sheer delirium of a VR game that allows hand-to-hand combat alongside 360 no-scopes is a spectacle worth experiencing, just by itself.

Personally, I found the blades and throwable weapons were a little finicky to use, and I wished the sniper’s scope was more robust, but these were minor issues in an otherwise stellar combat system.

To augment your combat potential, there’s also a series of skill trees, an XP progression system, and equippable relics that increase your weapon’s stats. While these don’t fully mesh with the ninja theme, they do provide ample replay value and a reason to grind for better gear if you feel like tackling the harder difficulties.

Though at first, I lamented the lack of nuanced controls that we see in modern titles like manually reloading magazines or smooth locomotion with the joysticks, it quickly became apparent that Sairento VR doesn’t need them. In fact, it’s better off without them. 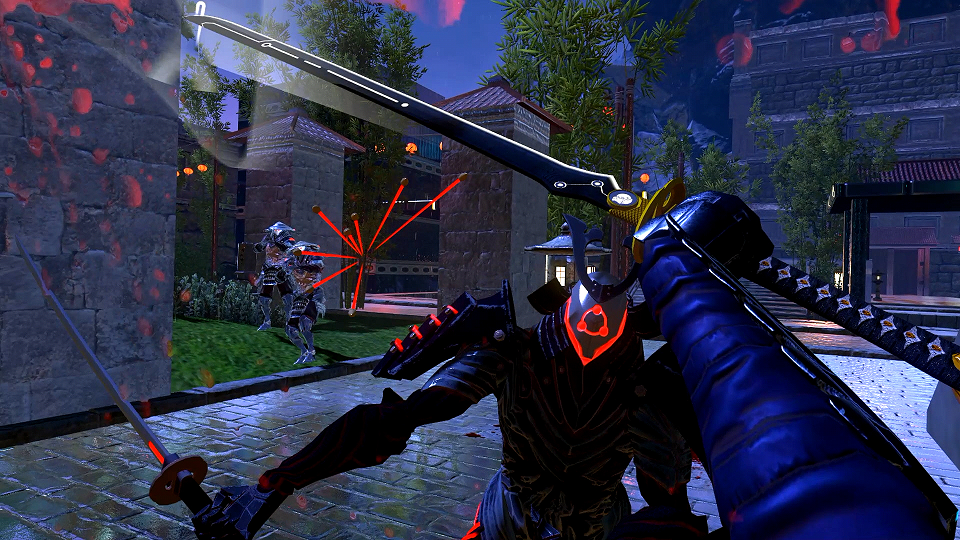 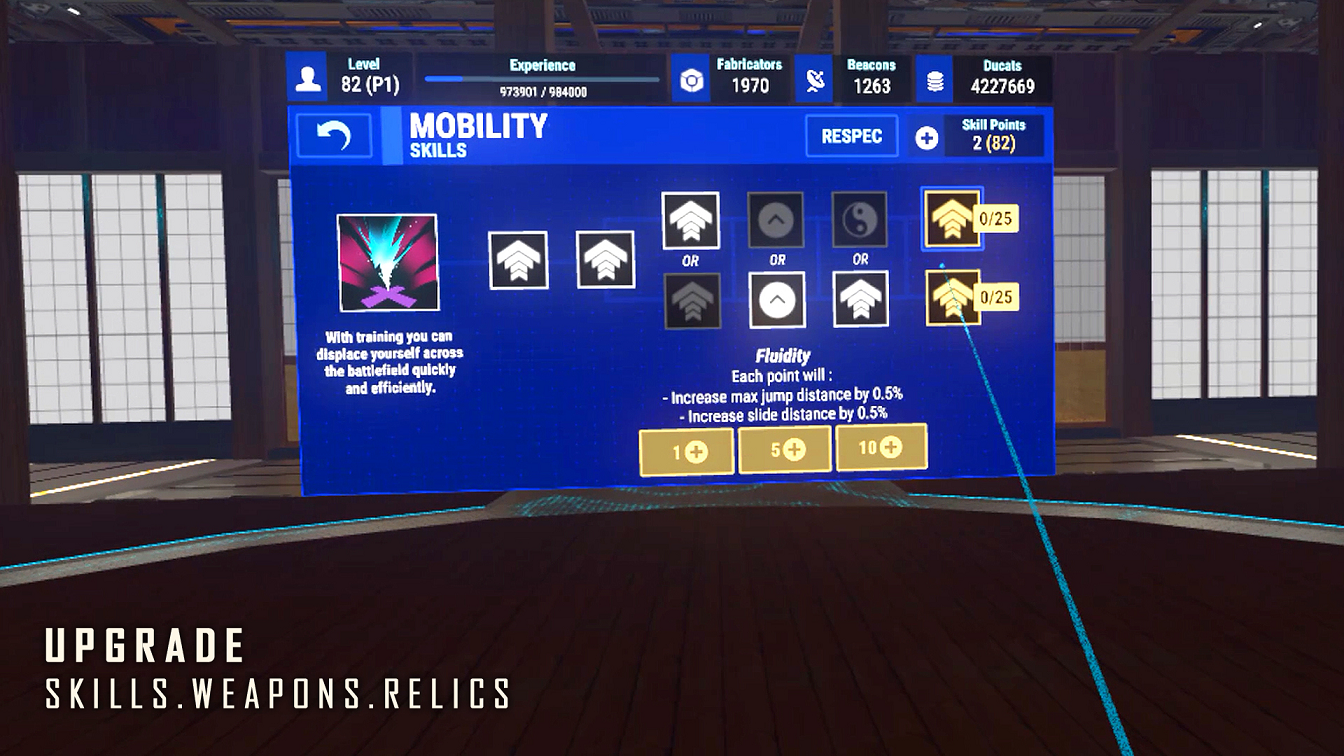 Allow me to explain: in place of manual reloading, you simply thrust your weapon(s) above or below your eye-line, and a disembodied animation plays of a new magazine being loaded in. Not only does this let you get back into the action faster than manual reloads would, it also allows you to dual wield weapons.

Whether you’re living out your Lara Croft fantasies or channeling your inner pirate with a sword in one hand and a pistol in another, dual wielding just makes everything better. After a bit of messing around, the absurdity of holding a sniper in one hand and a rifle in the other as I slow-motion jumped settled it for me. This is a much better tradeoff than having the immersion of manual reloads.

The same applies to smooth movement, too. Though it can be enabled via the menus, using the default teleportation jump makes the experience far more enjoyable than walking around with the left joystick or touchpad.

Not only does it let you leap over foes’ heads as you gun them down in gorgeous slow-motion, but you can also jump again in midair, wall run, and bounce off walls for even more jumps. All of this is far more impressive than manual movement would have been, and heightens that ninja feeling that Sairento VR emulates so well. 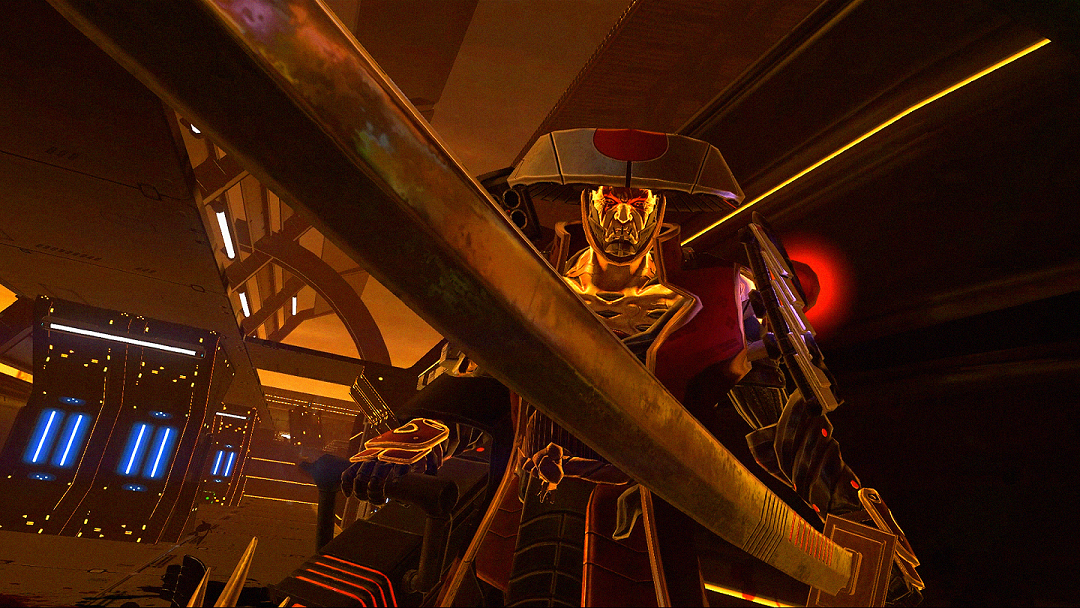 Sairento VR was originally released in 2018 before it was done cooking. A year later, with some more time in the oven, and this is honestly a must-have VR title for anyone with even a passing interest in action games, ninjas, or good old-fashioned slow-motion combat.

It costs a fraction more than SUPERHOT VR, but has no right living in its shadow. Sairento VR deserves enormous recognition for its excellent gameplay loop and extensive replay value.