Shakedown: Hawaii is the quasi-sequel to Retro City Rampage. They’re both open-world games in the style of the original Grand Theft Auto. But where Retro City opted for NES-era graphics, Shakedown looks more like an unreleased Genesis game.

Despite the old-school visuals, there are some truly modern sensibilities in Shakedown: Hawaii. The most impressive feature: I can own every piece of real estate in the game. I’m talking about hundreds of buildings, ranging from convenience stores to chop shops to salons to airports.

I was astonished when I first started playing. Blue icons filled the map indicating everything for sale. Now, with every story mission I complete, even more plots are up for grabs, increasing my cash flow and control over the city. 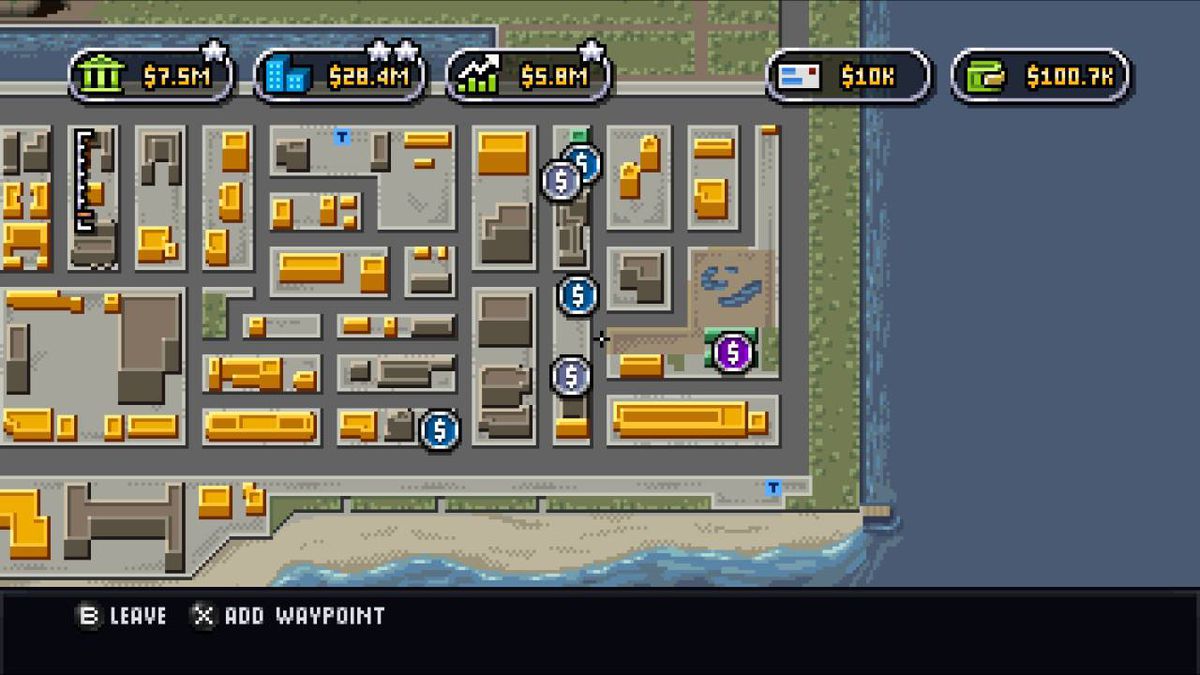 Buying up the town, neighborhood by neighborhood, is satisfying (if unquestionably evil), but it also results in a game so front-loaded that the latter half has nowhere to go.

Part of the issue may lie in the way I’ve played: Instead of focusing on the main story, I wanted to buy up as much of the city as quickly possible. While some of the properties are gated to the story, most are not. By the time I was halfway through the game, I was making millions a day. No property was out of my reach. At present, I’m making $21 million in just a few in-game minutes. When I’m asked to steal a coffee truck to add $100 to that tally, it begins to feel petty.

It’s also disappointing that most of these properties don’t amount to much. Buying more gun shops does unlock new weapons, but the vast majority of purchases simply boost my daily income. Buying the airport, for example, doesn’t unlock access to new vehicles like helicopters. Rather than feeling like I’m in command of this city, it feels like I’m watching meaningless numbers increase in menu screens. 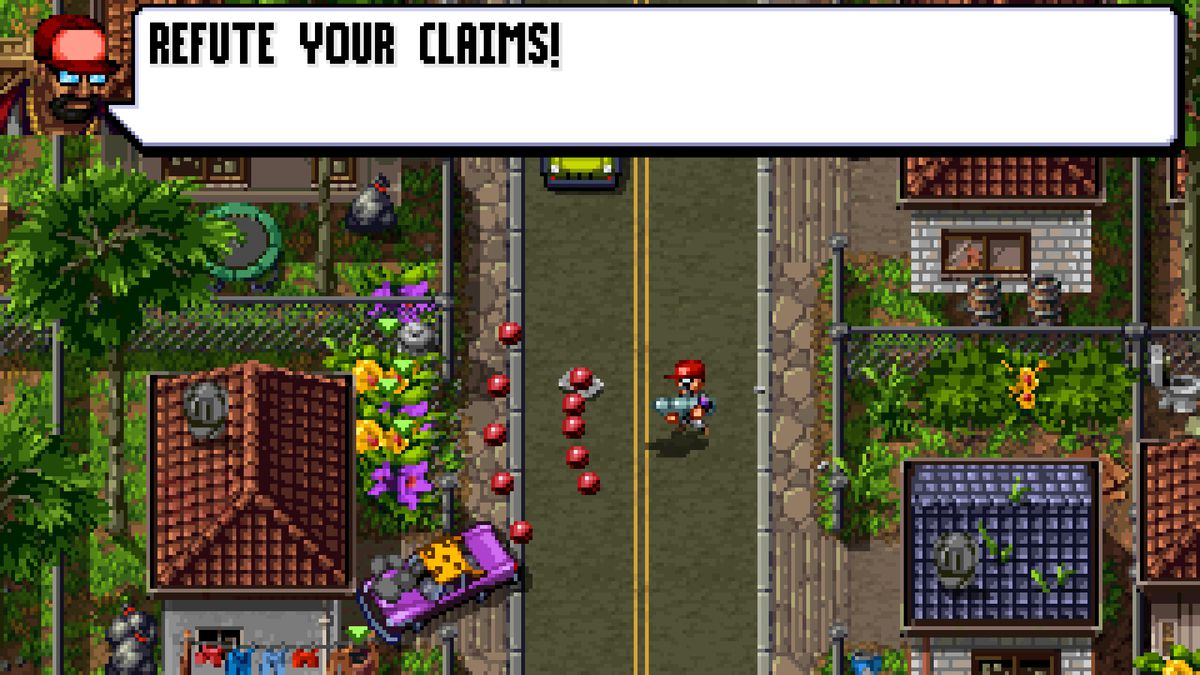 On a mission in Shakedown: Hawaii.
Vblank Entertainment

As much as I applaud the ambition of the property ownership systems in Shakedown: Hawaii, the best way to play is to ignore much of that and treat it as straight-up mindless arcade action. In that light, it’s easy to while away a commute with its responsive, RC car driving controls and minutelong micro-missions.

The tone of these missions is cynical takes on disgusting business practices (rebranding “gamer” energy soda or scamming people with cheap printer cartridges), and they lose their charm after the first few dozen. But the actual gameplay offers a nice mix of driving, shooting, and surprisingly capable platforming sequences. It also mercifully avoids the extreme difficulty of its predecessor.

Despite that, I’m left with a sense of unfulfilled ambition. Shakedown: Hawaii presents itself as a unique real estate-centric twist on open-world action, but it seems satisfied to stick with a cheap rental.