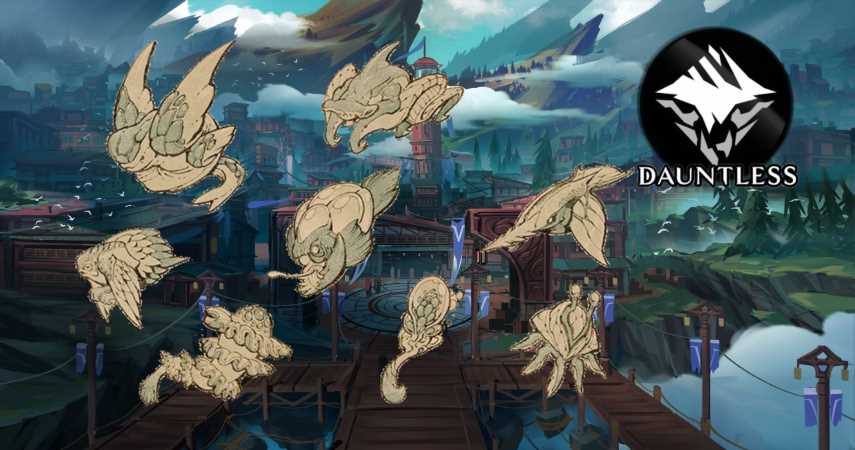 Since Dauntless first launched its Alpha in 2017, developer Phoenix Labs has been hard at work evolving the popular Behemoth-hunting game we know and love. One of the biggest challenges that faces all developers is balancing which new features to include, and which ones to shy away from, and the reveal and subsequent cancelation of Skyfishing is a perfect example of this.

Recently, developers Jordan Power and Eric Fagnan took time out of their busy schedules to speak to TheGamer about the mode, why it was pulled from release, and how we may still see it implemented into Dauntless in the future. Specifically, we asked about cancelled projects, be they Behemoths, weapons, or modes that might have made it far into development, only for the decision to be made not move forward. 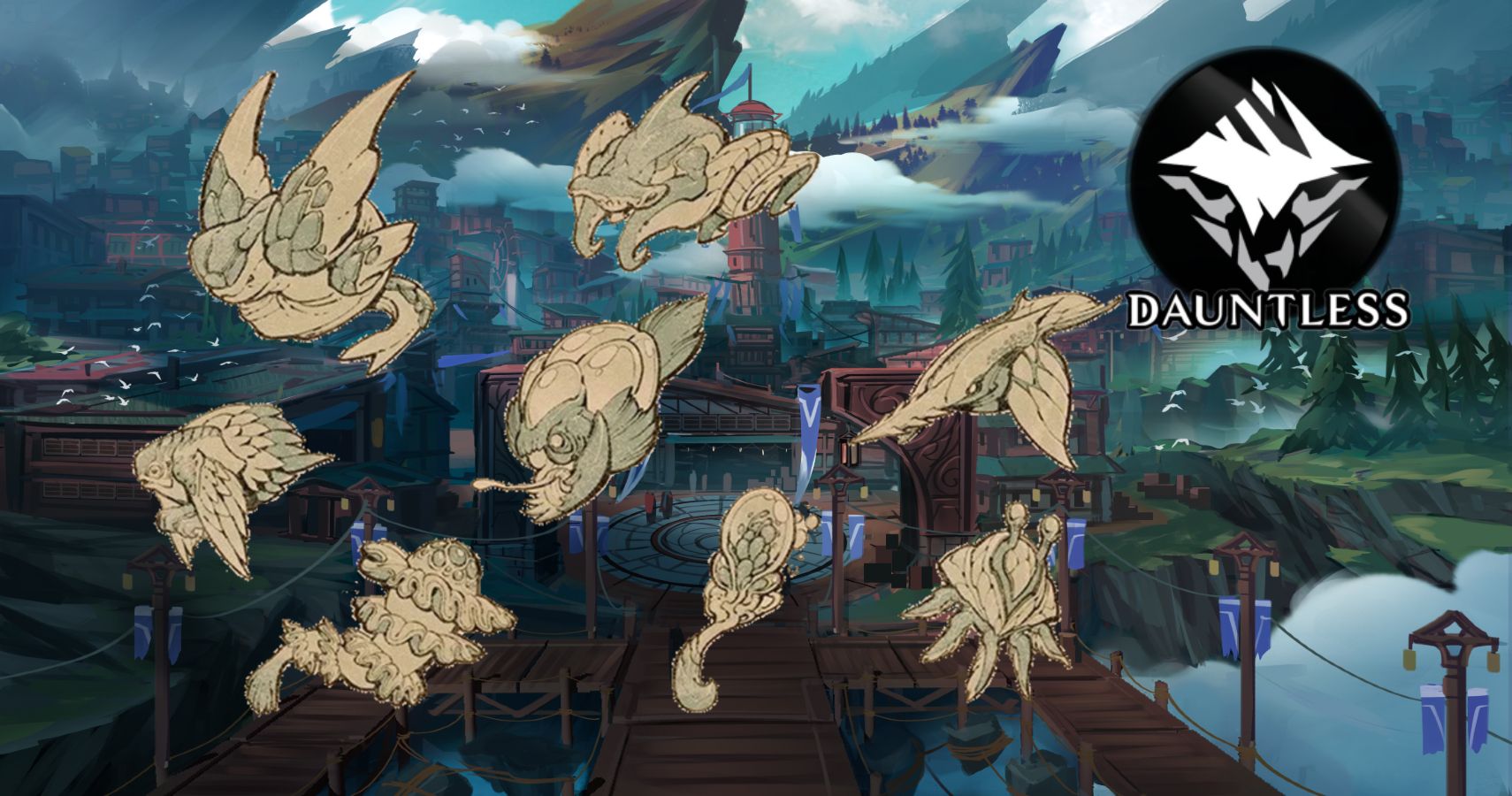 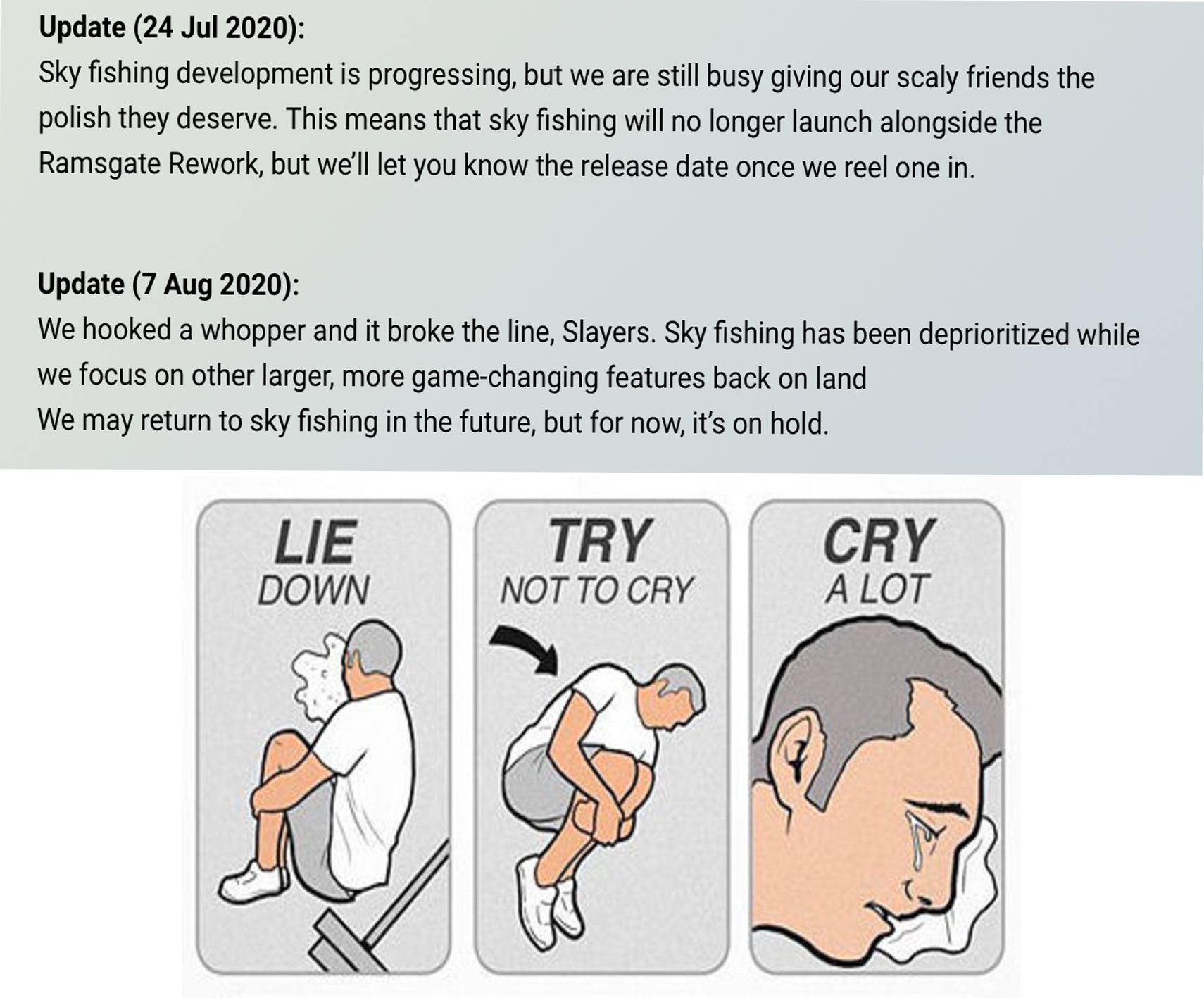 “Skyfishing is the closest example. It got pretty deep, fully functional, but needed a lot more polish, gameplay, and more rewards, but there were higher priorities,” Power explains. “It is part of our goal of diversifying activities in the game, so we put it down very consciously, because it is not the right fit at this moment, but not off the table forever.”

This was a point further emphasized in another interview with Lead Product Manager Hans Reifenrath, who stated that “the mode was there, but ultimately felt unfun, unrewarding, and not a good fit with the rest of the game’s design, so it will be some time before we see it brought up again.”

In all honesty, these revelations are by far the best one could hope for regarding the fate of Skyfishing in Dauntless. Far too many developers today hype up their games and a laundry-list of features long before a formal launch, and their releases ultimately flop or are marred with issues that might otherwise have been avoided if this kind of careful, player-first attitude were more widely respected. No Man’s Sky is an infamous example of the former, while Cyberpunk 2077 is a perfect case to represent the latter.

While some players might have had their hearts on Skyfishing (there are dozens of them, or so Reddit would have me believe), it would be far worse to have a new mode added to Dauntless when it is not a good fit. On the other hand, we need only look at some of the recent content releases to see that the developers are hard at work at improving the core, Behemoth-hunting component of the game. Hunting Grounds, the Slayer’s Path, and the upcoming Radiant island all embody the best additions to the game over the last few years.

We may one day see Skyfishing added, but for now, you should be more than happy to know that Phoenix Labs puts player enjoyment first, not needlessly adding filler content for its own sake.