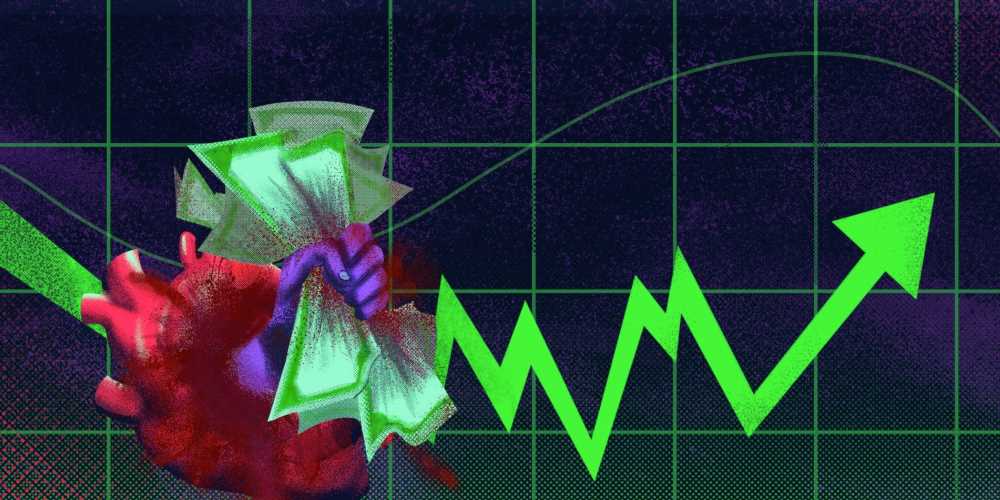 My hands nervously twitch beside an ornate bathroom sink as I tap out some white powder onto the marble surface. I pull out my Amex Platinum and rack it up into a hurried yet neat line – I’ve done this thousands of times before. I roll up a hundred-dollar bill, lean down, snort, and shoot back up as soon as the flakes hit my sinuses. No one bats an eye, because all around me people are doing the same thing. I adjust my tie, slick my hair back, and head out, onto the trading floor. “2,000 credits for the lungs!”

This is how I prepare for every day in Space Warlord Organ Trading Simulator, the pixelated game about buying and selling body parts on an interstellar market. It’s a brilliant concept that skips the monetary middle man and highlights what the stock market really trades in: lives.

Now that I’ve got my hands on some premium lungs, I sell them on to an eager buyer for double what I paid. Every day I get dozens of requests for specific organs. Some from doctors trying to heal people and ships injured in intergalactic wars, others from more seasoned traders simply swinging their dicks around, and a lot from weirdos who just like to hold livers, I guess? They’ll all pay me for delivering, so it’s up to me to get out there on the floor to buy low and sell high. I accept some requests and get back to it. 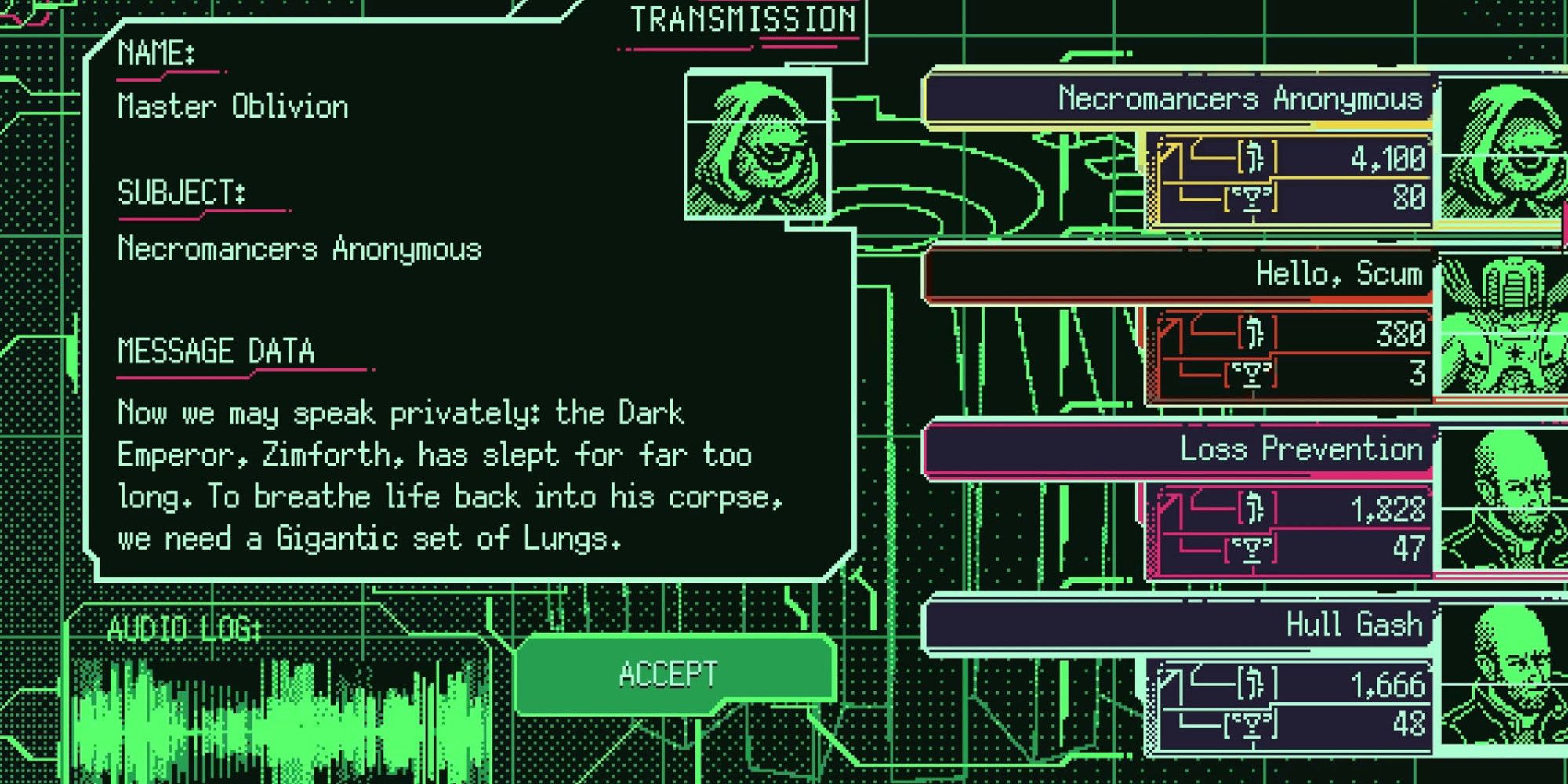 But it’s wild at the markets. Organs are bought and sold at lightning speed, and it's easy to misclick and end up with an eyeball instead of a gallbladder, wasting both my time and money. I can see why the Wall Street bros are all coked up to the temple – you have to be just to keep up. The music played loud and fast as organs whizz by on the screen only exacerbates the adrenaline that’s pumping through my veins. Fast-paced hyperpop mixed with techno blasts all around as I try desperately to nab a rare soul before one of my competitors does, but I’m not fast enough – it slips through my fingers and I accidentally buy some large intestines.

That’s two mistakes I’ve made now. My funds can’t take another hit. I’m losing my edge. I want to go back to the bathroom for another line, but the markets barely stay open for three minutes here, there isn’t time. A cheeky bump will have to do. I buy the cheapest organs I can to fulfill a bunch of orders and make my money back. The organs will probably fail soon, they aren’t good quality and they’re rapidly deteriorating, but my desperate customers will have to pay me a premium they can’t afford if they want me to take the time to find higher quality flesh. Buy cheap, buy twice – being poor is expensive, even in space. 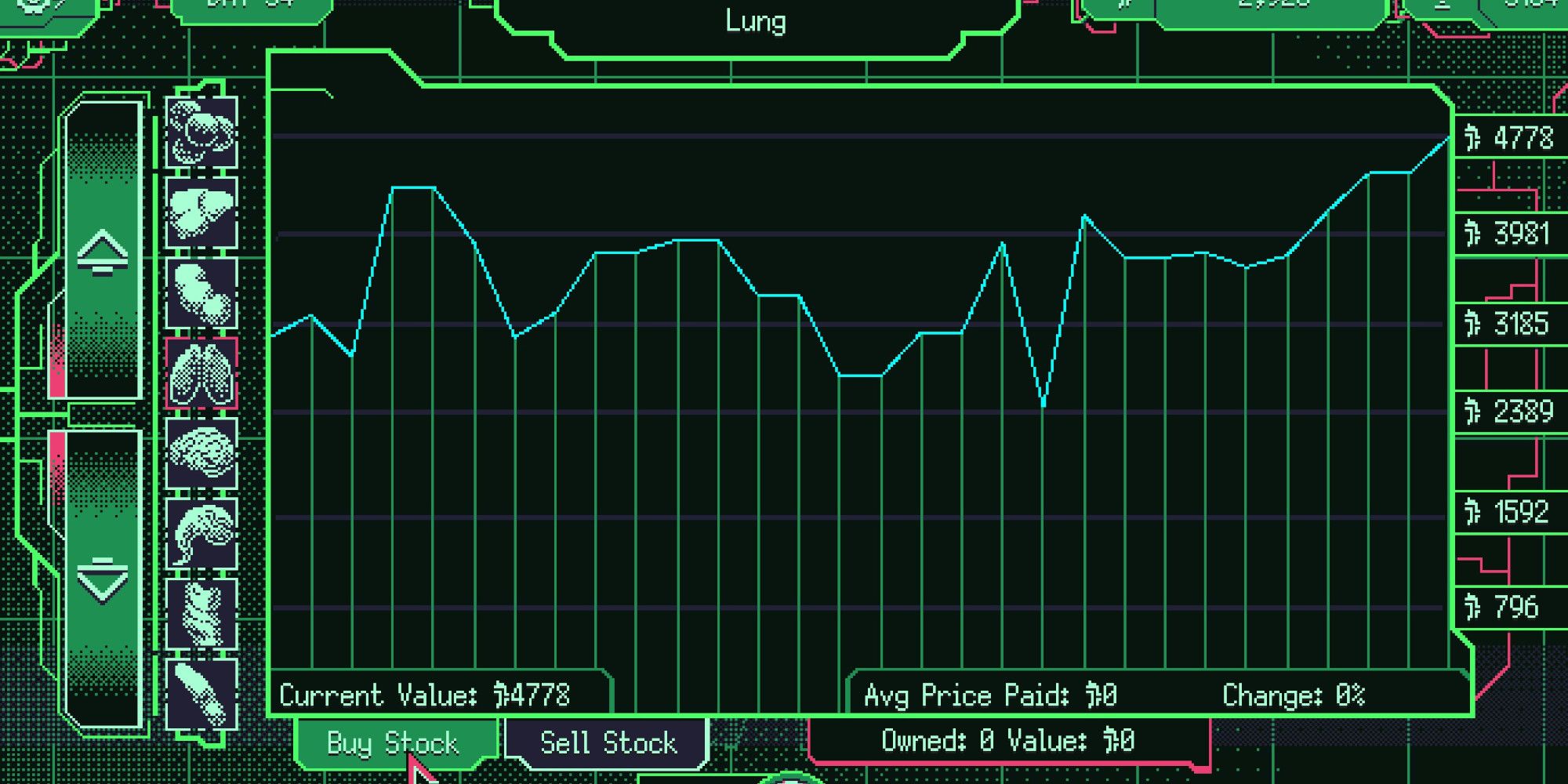 After some successful deals, I’m up, but it’s not enough. I want more. Even though the trading floor is closed, I can still dabble in the after-hours stock market. When the numbers on the screen go brrrr the value of vital organs spike and crash, but it’s not as random as the common spacefolk may believe. You see, I actually paid off the heart trader earlier today to drive the stock price down so I could buy the dip. Yesterday, I agreed to help artificially crash the spleen market so I could do the same. Tomorrow, I’ll quite literally make a killing – as organs sit on the trading room floor, unused, my portfolio shoots for the moon.

This is a day in the life of a Wall Stre- Space Warlord Organ Trader. It’s frenetic, fun, and free on Game Pass. It made me feel like a coked-up wall street finance bro and if I’m being really honest with myself? I can see the appeal. The big difference though is my market manipulation only hurts a bunch of stupid pixels, it doesn’t fuck the global housing system and prevent everyone under 35 from ever hoping to own a home within an hour of a city. You’d have to be soulless to do this shit in real life, but as it just so happens, I’ve got a few spare in the cargo hold. I can probably sell that lot on Earth the organ that they are clearly lacking. How does 15 grand sound?