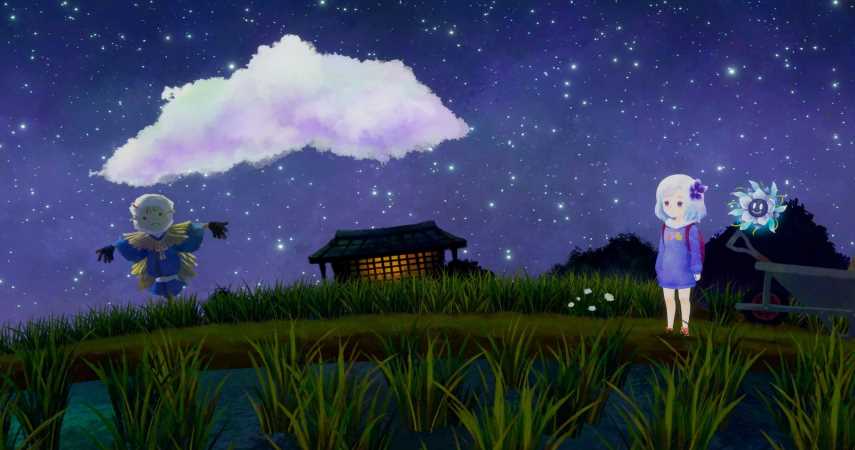 Developed by GameTomo, Sumire is an indie adventure game that heavily focuses on its narrative components. It is an emotionally charged story about a young girl named Sumire who is struggling with numerous losses. The goal of the game is to try to get Sumire to have a perfect day, which involves her confronting her complicated feelings with the guidance of a mystical flower that has one day to live. The game sets out to demonstrate the importance of our choices and the consequences of regret through captivating art and narrative, and it accomplishes this—for the most part.

Right at the beginning of the game, we are shown that Sumire is struggling with the recent death of her grandmother. Furthermore, the game is quick to reveal that Sumire’s parents are struggling with things themselves—especially her mother—and they’re neglectful at best. Lastly, Sumire has also lost Chie, the girl who used to be her best friend until Chie got popular and turned into a bully. This setup of Sumire’s circumstances, though incredibly bleak, is perfect for pulling the player in. I was excited to launch into the story and make choices to protect Sumire and get her to a happier place. One of the best parts of the game was how quickly I was drawn into caring about the fate of the protagonist.

The mechanics of the game were average. Sumire took about two hours to complete, and most of the game is reading. However, you do a fair amount of walking or running from place to place throughout. Luckily, the game provides you with a fast travel option not too far in, which sets it apart from other narrative games I’ve played. The world isn’t huge, but this adds a level of convenience to eliminate the annoyance of walking back and forth while completing side tasks. I found some of the extra movements—such as when you must duck under crows attacking you—to be a little out of place with the rest of the game, but this was a very minor distraction. Everything considered, I didn’t find myself frustrated by any of the mechanics.

Throughout the game, the player must make choices for Sumire on how she should deal with her losses, bullies, love life, new friends, and herself. Sumire’s choices will all accrue either positive or negative karma, which affects how the game will end. While I was greatly looking forward to diving into the narrative, it was actually the one way that the game fell a little short for me. While the flashbacks that Sumire experiences throughout the game are some of the most breathtaking and emotionally-inducing scenes I’ve experienced in games, I found the other dialogue to be too simplistic. There are always two dialogue options—one of which is clearly “right” according to the game, and one that’s “wrong.”

For example, Sumire is being bullied by a group of girls. Without giving too many details away, you can either choose to help the girls, despite none of them ever showing a redeeming quality, or you can not help them. But if you don’t, the game punishes you for it and makes it very clear that the message is that kindness is always the right option. While I agree in some sense that kindness should be preferable to seeking revenge, it would have been great to include a third option—that Sumire could put these girls in her rearview mirror and move on with her life feeling good about herself without them. Unfortunately, your only choices are to be a doormat to the bullies or become a bully yourself.

This isn’t to say that all the options in the game feel too restrictive, though. There were many times that I was fully satisfied with the options I was given, and I still enjoyed the fact that my options mattered for my end results with some of the characters. In addition, the writing didn’t feel hokey or boring, so the story itself held my attention through the game.

But where this game really shines is through its aesthetics. I can easily name Sumire as one of the most gorgeous games I’ve ever played, and the art and music alone make it worth the playthrough. I’ve played other games that I’d describe as beautiful, but the artwork done for Sumire puts even Skyrim’s landscapes to shame. Combine these visuals with a charming and relaxing soundtrack and you’ve already got an astounding creation.

Sumire mostly accomplishes what it sets out to do through its remarkable visuals and emotion-evoking narrative. It somehow manages to be both thought-provoking and soothing, despite some shortcomings with the dialogue options.

A Nintendo Switch copy of Sumire was provided to TheGamer for this review. Sumire is now available on the Switch and PC via Steam.