I assumed Super Mario Maker 2 wouldn’t offer enough to keep me occupied. It is, after all, a game about making levels and sharing them with the world. Game design isn’t my top talent, particularly when compared to the professional work of Nintendo.

Where the storied developer makes masterful stages that test old mechanics while subtly introducing more advanced techniques, I make a square dog house with a Chain Chomp inside and call it a day’s work.

But making levels is just one slice of this giant, delicious pie of a video game. The more I eat, the more I’m amazed that Mario Maker 2 can appeal to such a varied array of players.

Don’t let the title confuse you. Nintendo hasn’t merely made a game for makers; it has made a nearly full (and fittingly experimental) Super Mario title that just so happens to be paired with an exceptional creator’s suite. 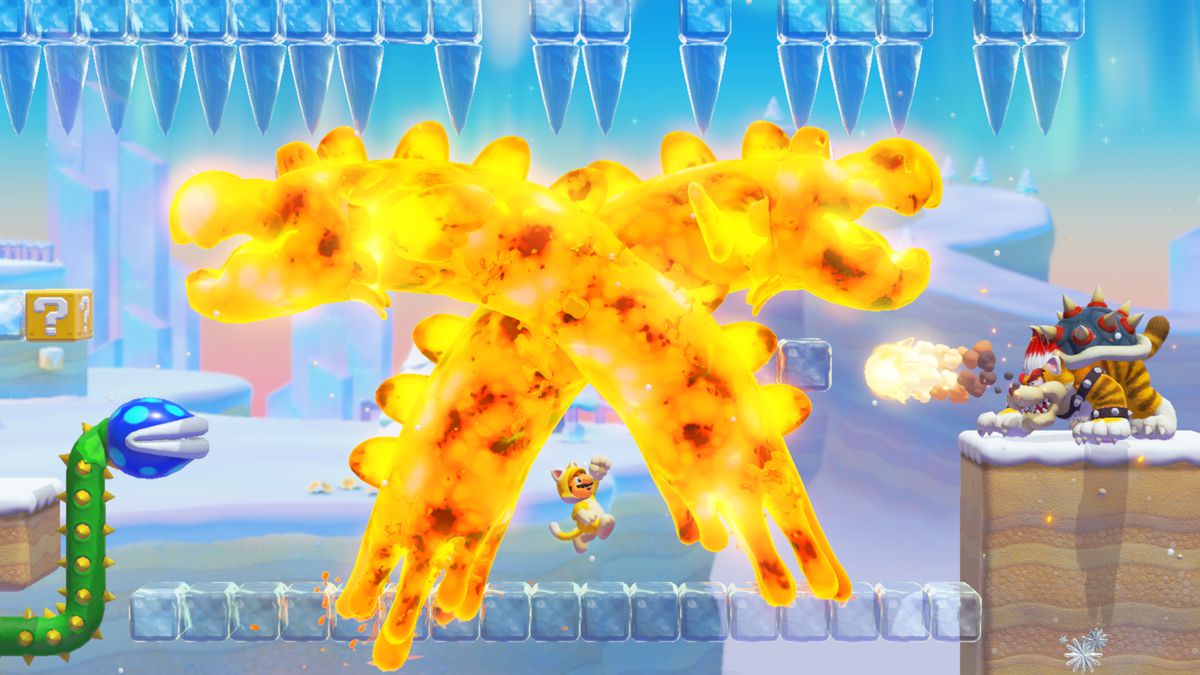 The most approachable part of Super Mario Maker 2 is Story Mode. Here, the game presents me with a thin veneer of plot (Undodog, a franchise staple, literally blows up Peach’s castle) before tossing me dozens and dozens of Nintendo-made Mario levels.

While the levels in Story Mode are shorter than you’d find in a traditional Mario game, they are varied and bizarre. These levels were created using the same toolset that players have access to, but thanks to the Nintendo team being, well, good at its job, they are consistently excellent. While not quite enough to be its own stand-alone Mario game, Story Mode comes surprisingly close, with around eight hours worth of levels to plow through.

One has me chasing a P-Switch on a track through a haunted house, using small pinpricks of lantern light to guide me. Another has me wall-sliding to stay ahead of a constantly shifting screen, but not so far ahead that I fall into some perilous goop waiting below.

They’re not all platforming challenges. Sometimes I’ll take command of Koopa’s flying clown car, transforming a Mario game into a fast-paced shoot-’em-up. Or maybe I’m tasked with babysitting a lifeless cube that needs to make it to the end of the stage (requiring heavy use of Yoshi’s massive gob).

There doesn’t seem to be any logic behind the order of these levels, which vary from seriously challenging to a walk in the park. Unlike a traditional Mario game, the mode focuses more on showing the possibilities of the Mario universe rather than making a perfectly curated experience.

While playing these levels, my dullard brain has become awash with ideas for levels I might create. What would happen if I removed Koopa’s clown car, filled the stage with water, and added a fire-spitting Yoshi? Super Mario Maker 2 encourages that sort of iteration with premade levels that appear whenever you launch the game, avoiding the need to start with a totally blank (and intimidating) canvas. 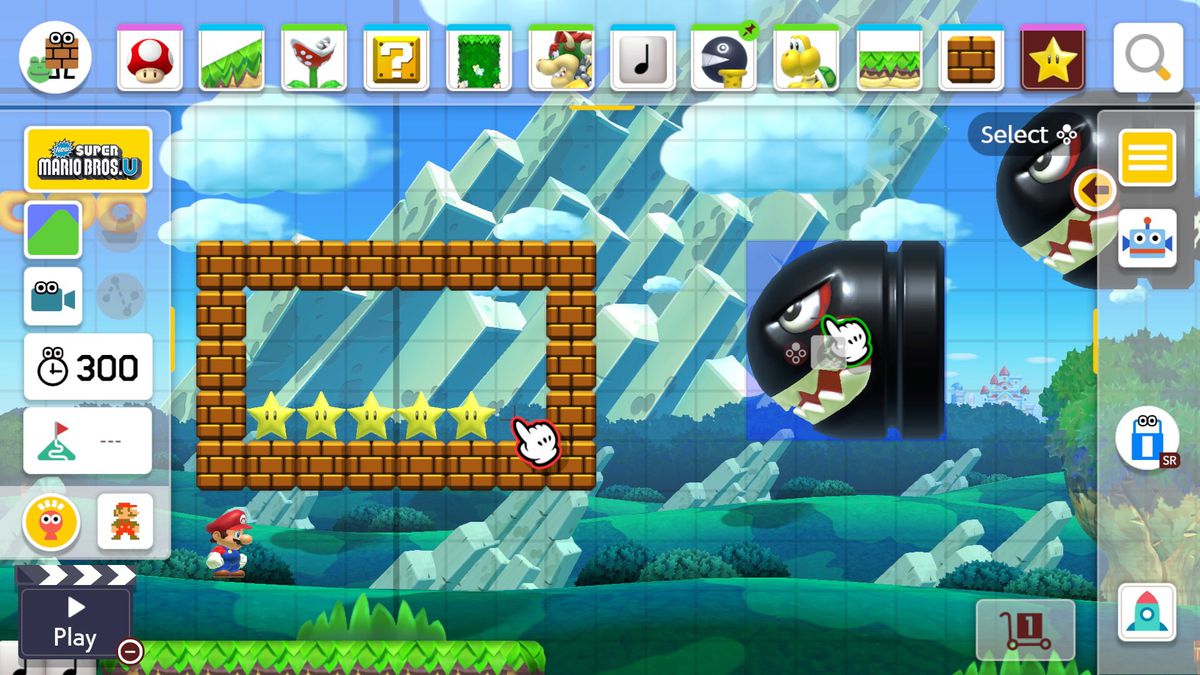 Armed with inspiration from Story Mode, I dive headfirst into making my first level. It’s … a lot. The basics in Super Mario Maker 2 are pretty easy to grok. Creating new land is as simple as tapping the land icon and dragging across the screen. Enemies are easy, too: Just drag and drop. But even though the basics are simple, there are so many options — I feel a bit like I’m drowning in the possibilities.

So I try out a new feature called Yamamura’s Dojo. Yamamura is a pigeon that is really jazzed to teach me how to make levels in Super Mario Maker 2. These tutorial videos definitely help nail down the basics, but they are also painfully dull to sit through, with no interactivity to speak of beyond advancing the text. I would have liked to make levels while I learned about enemy placement and proper jump positioning, but instead, I just need to absorb the information and lock it away for when I’m ready.

My first level, a simple jungle-themed affair, takes about an hour of futzing with the controls. It’s miserable to play. My jump spacing is too intense, and there are way more spikes and insta-death pitfalls than there need to be. I made a masocore level without really trying. Whoops.

Thankfully I am once again reminded that level creation is not just in my hands, but the internet’s at large. Even in this pre-release version of Super Mario Maker 2, there are dozens of fan-made levels, some just as terrible as mine! A tagging system allows me to narrow down what types of levels I see based on difficulty, theme, and objective. Or I can just play an infinite number of these fan levels until my battery runs dry. I opt for the latter and end up having as much fun as I had in Story Mode.

If anything, I feel like there’s way more here for level players than level creators, though new additions like slopes, multiplayer races, and Cat Mario will certainly please the creatives. Settling in with the game, I find myself bouncing between Story Mode and these fan levels, depending on my mood. But eventually the creation itch returns, and I take another stab.

This time I decide to make an Auto Mario level. If you’re unfamiliar with the genre, the idea is to make a Rube Goldberg machine where Mario, uncontrolled by a human hand, will ping-pong through a level using the game’s physics. It’s less of a challenge for the player and more like a fun roller coaster ride where incredibly well-timed events yield an eventual victory. I theme it off of Bowser’s airship, add some fart sound effects, and publish it to the world. 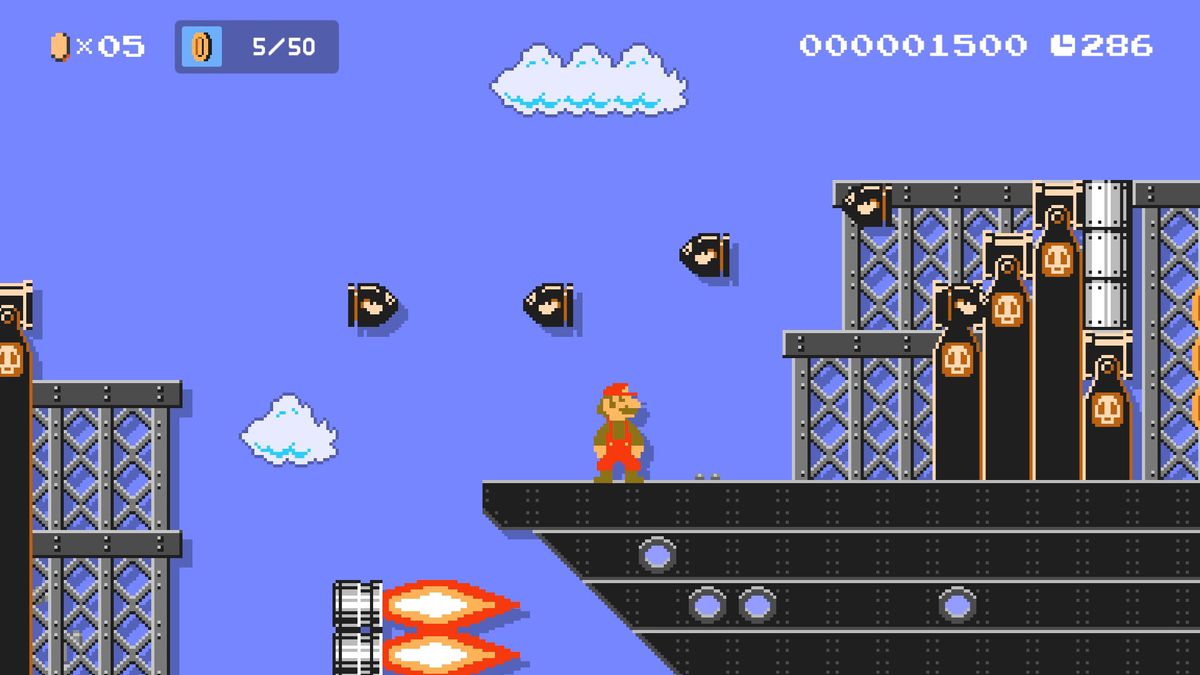 Upon handing my creation to friends and colleagues, I watch them struggle to complete the level in the mere 20 seconds I put on the timer, not knowing that they just needed to relax and let the game play itself. When I show them how to beat it afterward, they groan and roll their eyes. I am filled with immense satisfaction.

That’s the magic of Super Mario Maker 2. Maybe you’re after Miyamoto’s title, an aspiring level-making genius. Or maybe you just want to kick back and experience the wide array of stages the game throws at you. Or maybe you want to make something that really pisses off your friends.

In Super Mario Maker 2, these are all totally viable and accessible options. You might find yourself playing for one version of the game, only to stay for another.

Due to the pre-release nature of the software, we’ll be updating this review post-launch with impressions on the multiplayer when the servers are filled out with the general public. Even without extensive time with the multiplayer, Super Mario Maker 2 rocks our socks.