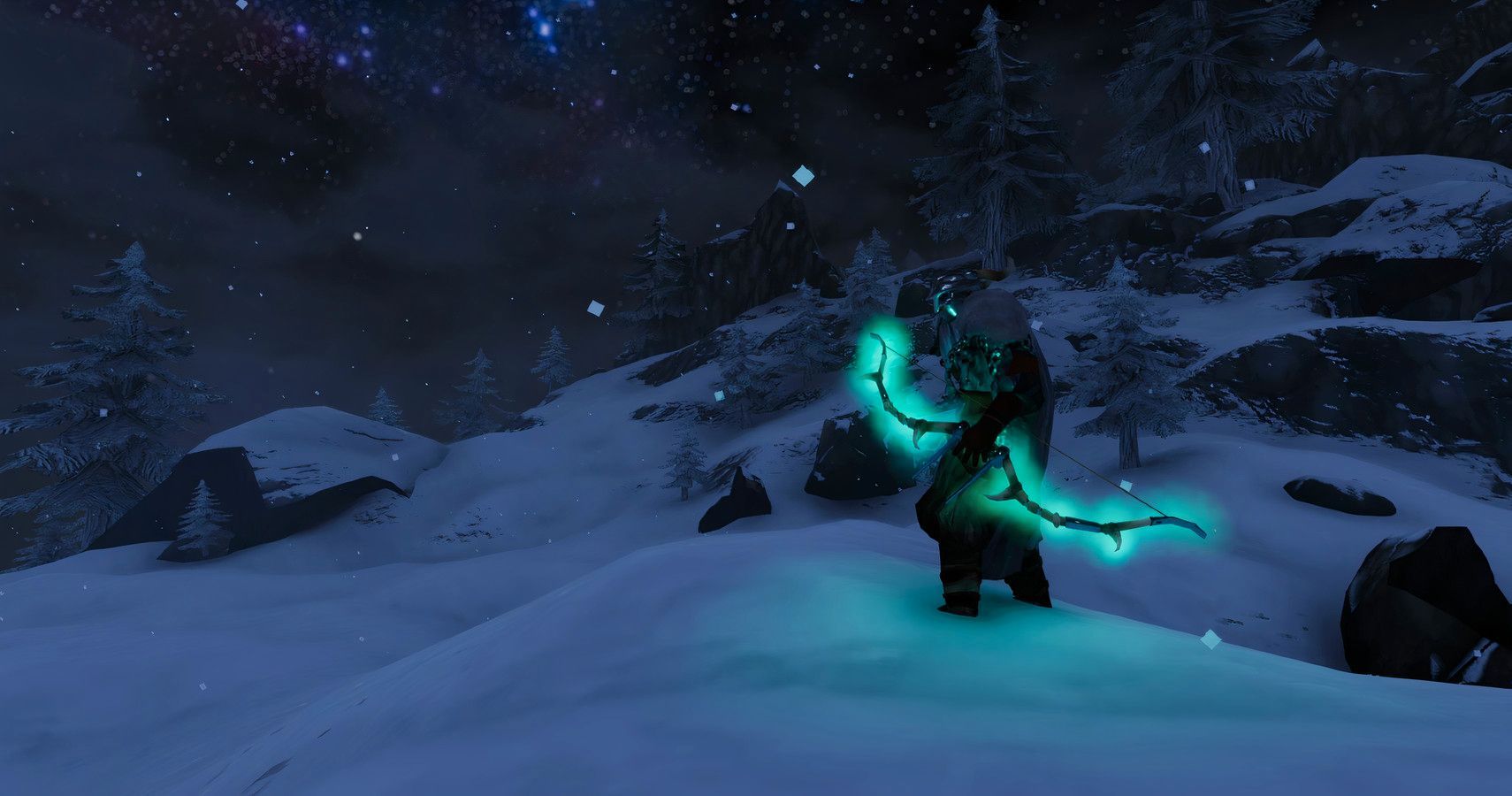 When I say I “took a break” from Valheim, what I mean is that my computer broke and I needed to wait for a new one to arrive before rejoining the server I’ve been part of for the last few months. We only play once or twice a week, so we’re not exactly at endgame – I covered how brilliantly terrible the swamp is a couple of weeks back, for example, before documenting my three-day odyssey to reclaim my easily replaced items because I am a stubborn idiot. But still, being missing from the server for around three weeks – approximately seven or eight play sessions – has left me lagging significantly behind. You folks have iron now? I’m like a caveman seeing fire for the first time.

For the most part, Valheim is a pretty breezy game. Sure, you can fight bosses and go to new biomes teeming with all manner of murderous monsters, but you can also go around picking raspberries and sailing along nice little rivers that aren’t filled with leeches or sea monsters. If you mean to progress past the Stone Age, you’re going to need to deal with the tougher stuff eventually – but again, there’s never any actual pressure to do this. The onus is always on you, and if you don’t think you’re ready to take on the Bonemass in an area where the odds are firmly stacked against you, you can just build yourself a nice little seaside house instead.

Related: From Valheim To The Sims, I Can’t Stop Buying Games That Let Me Build

I touch on both of these distinct styles when I play. I’ve mentioned before that I am downright rubbish at building, so I tend to focus more on combat or resource harvesting. In fact, the two often go hand-in-hand – I’ll go to the swamp on my own to kill draugr, wraiths, leeches, and oozers, all while my mates handle the construction stuff I’m absolutely pants at. It’s just divvying up the overarching workload into roles that are conducive to teamwork, and because you’ve usually got comms going and are all working towards the same goal, it truly feels as if you’re cooperating to survive the unsurvivable. 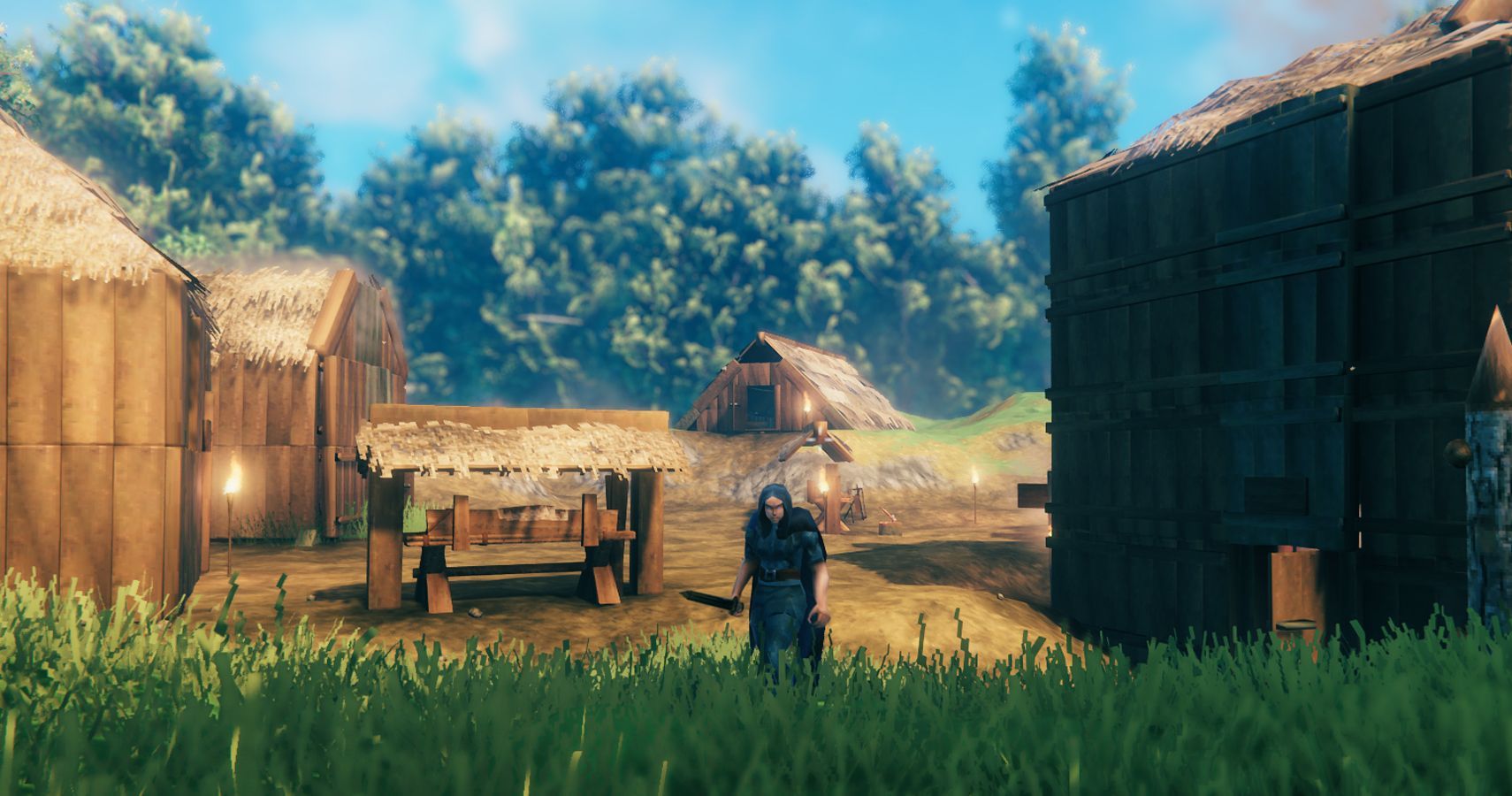 This is where things get annoying. There was a day when one of my mates didn’t come on, so me and the other people who were playing tried to get loads done so we could be like, “Oh, look how great we are, we’ve done so much, here’s loads of free shit for you.” That was one session, which means it was fine and we hadn’t moved on to the next boss yet. But I’ve missed out on a solid 15 or 20 hours of major progression – what the hell is that in your hand? You’re not eating blueberries anymore? I thought the house was over there? What do you mean the 60 copper I just mined and carted back is useless? What on Earth is that horrible looking monster yoke over there? These are the questions we ask ourselves and others when we’ve fallen out of the Valheim loop, and to be completely honest, there’s no easy answer.

This is because of how ridiculously fast progression occurs in Valheim. Don’t get me wrong, when you’re the one moving forward it’s brilliant. You can sit down for two hours and feel as if you’ve properly accomplished something just because you chopped down a few trees and landed a sick longshot on a deer halfway across the map. Because your inventory never disappears after you die, there’s little to no backwards progression – momentum always moves forward, so even when you’re going at a snail’s pace, you always earn a net gain. 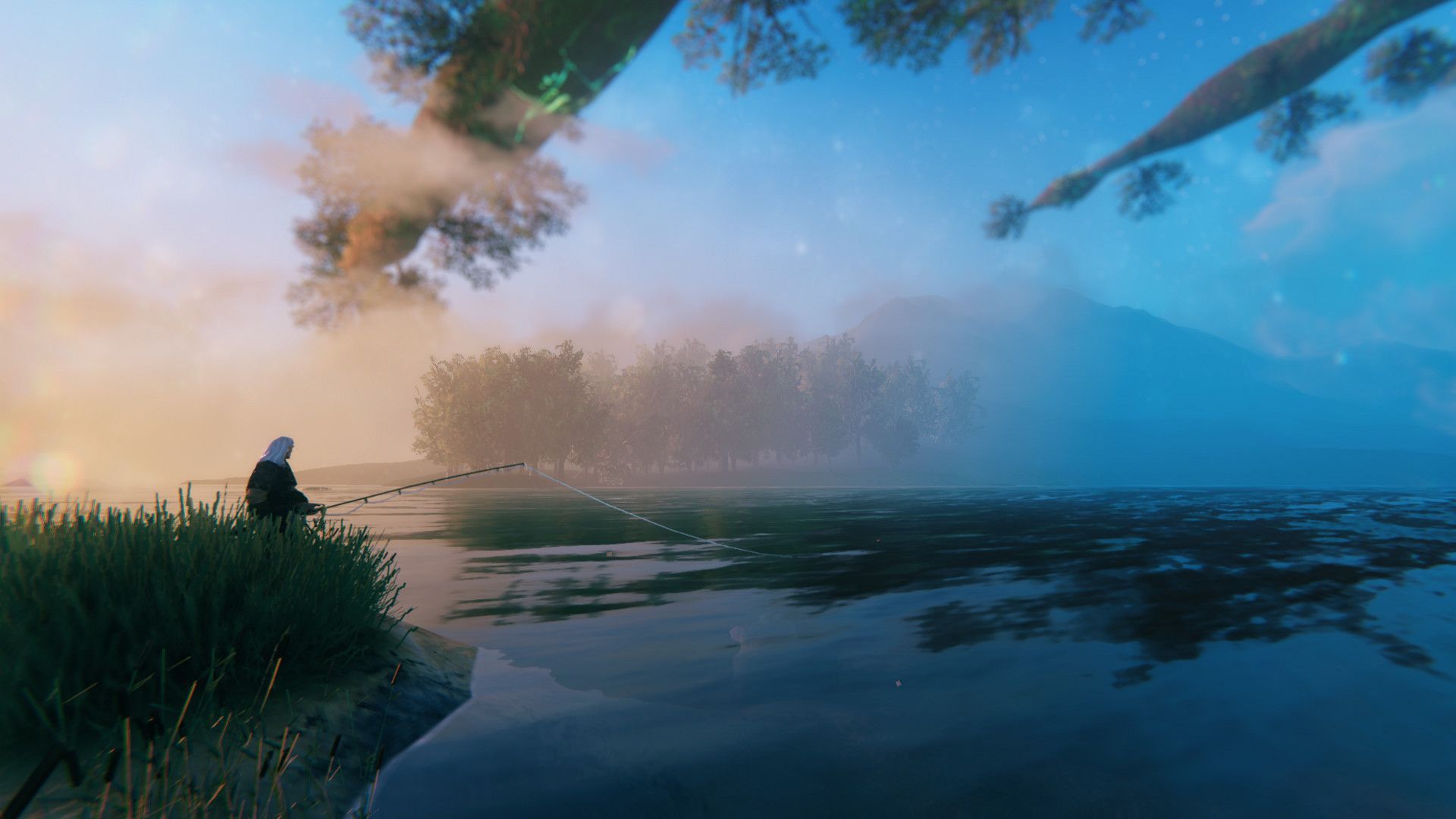 But the speed of progression is what makes playing catchup akin to a foot race against Usain Bolt. Sure, you can learn how this was made while you were away, or the route to this new location, or the best weapon for taking down an enemy you’ve never seen before. But everyone else is already onto what’s next, meaning that the only way for you to catch them is for them to stop, but because you’re playing in a co-op server and emphatically enjoying the teamwork, this simply isn’t an option. That might sound obvious, but it’s not really. Valheim is an early access game that sees constant updates and will receive huge content expansions down the line. It’s new and fresh and sprawling, and falling behind in these early days means falling behind indefinitely.

Put it this way: I’m going to try to put in an extra shift or two on the server this week when nobody else is on, but what if I make an unholy balls of everything and lose all the iron in the back arse of nowhere? I already stated there’s no backwards progression given the fact lost items don’t despawn, but it’ll certainly be a pain in my pals’ backsides if they have to trek into enemy territory to get them back, which sets me back even further again.

Basically, if you’re playing Valheim, or any other regularly updated co-op game in early access, try not to let your PC break. You’ll go from one of the key players to the person whose hand people have to hold just to cross the road in a split second. I used to get trusted to do things, now I feel like I’m going to be on cheffing duty for the rest of my life. Sure, chefs are great, but in a game where I’m fighting massive Viking monsters and sailing across uncharted seas in pursuit of fame and glory, “Press E to cook food item” doesn’t quite cut the mustard – which I will be the one cutting, because now all I’m allowed to do is cook. It’s hardly a big deal if you miss a couple of sessions of Valheim, but heed my warning: if you fall behind, you’ll go from hero to zero in a heartbeat, and you’ll only be brought on adventures so you can pop your Eikthyr buff and get killed because your armor is pure scrap.