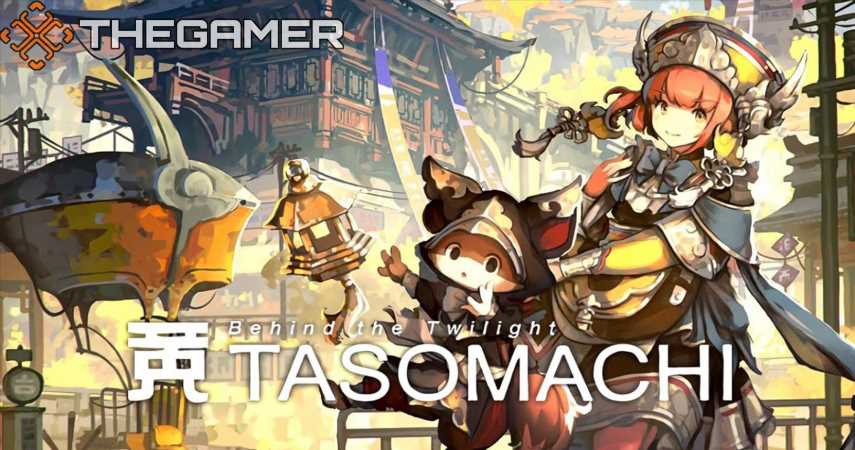 If you boil the platformer genre down to its most basic elements, it’s just a bunch of games all about jumping and collecting random items. So if we go by that description alone, Tasomachi: Behind The Twilight may be one of the purest platforming games I’ve ever played. Because that’s all you do. You jump, you collect things, and then you jump again to collect more things. Also, there’s an airship sometimes. That’s the whole game.

You play as Yukumo, a young girl who is driving a small airship and is going on a journey for some reason. While off on this ill-defined journey, she enters an area covered in deep fog and crashlands her airship in a small port town inhabited by the adorable cat people of The Nezu Tribe. The cat person she first meets tells her that they can fix her airship if she gathers an arbitrary amount of lantern-shaped fruit called The Sources Of The Earth (which for the sake of brevity I’m just going to call Sources.) Doing so will cause the evil fog to dissipate and allow her to continue on her journey to…Wherever it is that she’s heading.

There’s not much meat on the bones of this story. I hesitate to say that Tasomachi has a story at all. The entire narrative is told in white text on a black background with occasional bits of lore found in books scattered around the levels or mentioned by one of the cat people. Yukumo is such a blank slate of a character that her expression never changes throughout the whole game. She just stares forward with dead eyes as these cats tell her what to do. She’s also dressed as an anime taxicab driver for some reason.

At least the game is nice to look at. Tasomachi employs an art style that reminded me of Breath Of The Wild. Vibrant colors, cel-shading, scenery, and characters that could have come straight out of an anime or manga, that sort of thing. It’s very easy on the eyes, but there’s not a lot of variation in the levels. Every location looks identical to the last one. Lots of paper lanterns, tall bridges, Japanese architecture, and not much else. I couldn’t tell you the difference between the various levels as they all blended together after a while. They’re just empty zones for you to leap around. 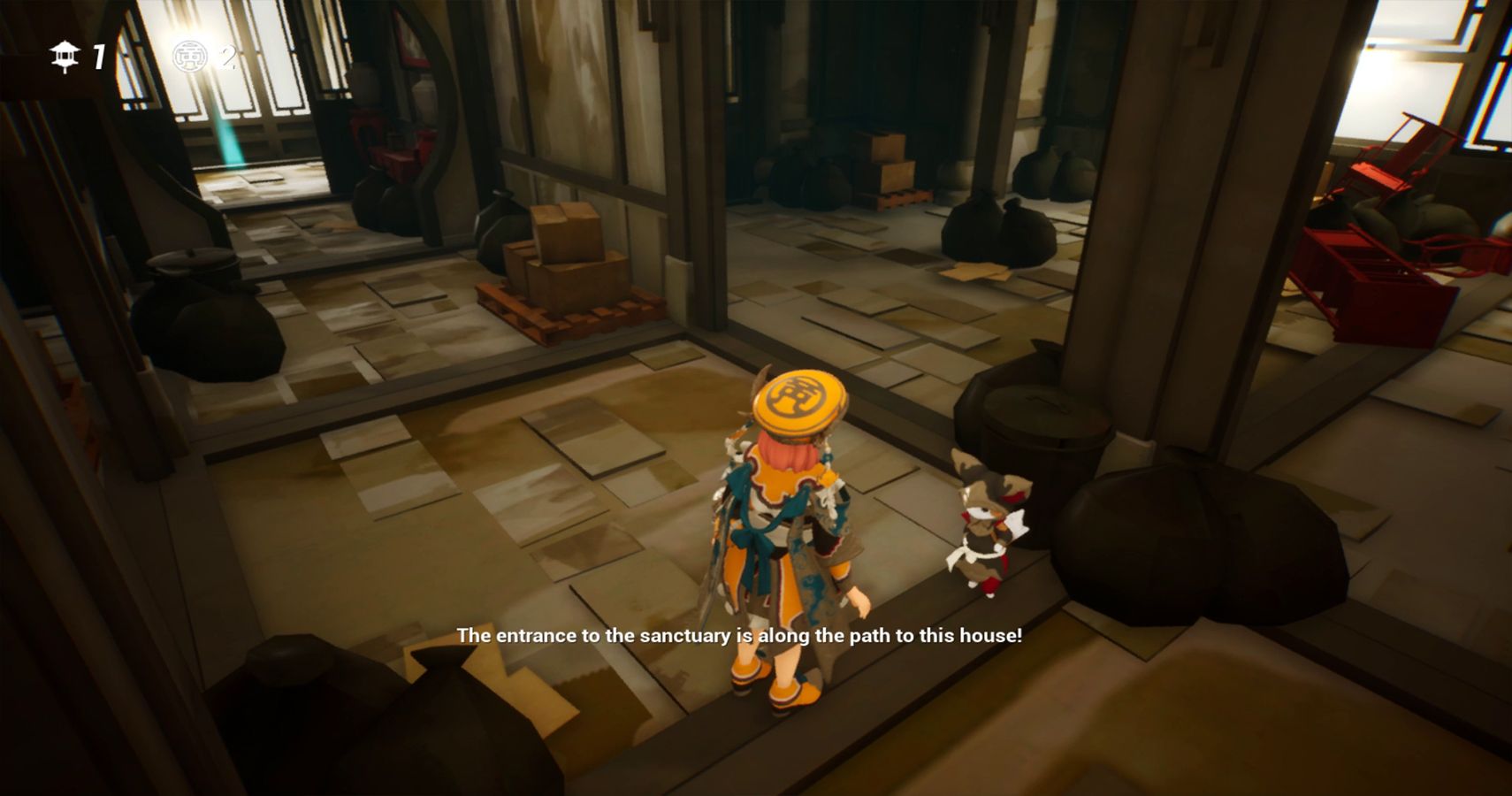 As I said up top, gameplay consists of a whole lot of jumping and collecting. There are sanctuaries that feature four challenge rooms where there’s one Source at the end and an additional Source within that’s harder to get. Once you complete each challenge in the sanctuary, the fog goes away and you’re free to wander around the town to look for more Sources. It’s a similar formula to Super Mario Odyssey as much like that game’s Moons you can find Sources just about everywhere. They’ll be floating in the air, hidden under wooden planks, on top of buildings, etc. For even more Sources, you can talk to the cat people who will give you simple tasks to complete like removing posters or lighting lanterns. As you progress you’ll unlock some new platforming abilities such as a double jump, a butt stomp, and an air dash.

And that’s all there is to Tasomachi. There are no enemies, there’s no main antagonist, there’s barely even a goal. You get enough Sources to get rid of the fog, move on to the next zone, and keep that up until you reach the hilariously abrupt ending. That said, the platforming is adequate and never becomes frustrating. This feels like a game that’s intended to be a calm, zen-like experience as you float through the levels and gather collectibles. It’s never meant to be a Super Meat Boy-esque gauntlet of intense platforming trials. You’re just supposed to jump around the pagodas and chill out man.

That feeling is aided by Tasomachi’s relaxing soundtrack. I’m not sure what genre of music these tracks would be considered, but they sound like something the girl from those “low-fi beats to chill to” Youtube videos would listen to. It’s difficult to be in a bad mood while listening to this soundtrack and it makes the process of playing Tasomachi feel more meditative than I was expecting. I could easily see these tracks being good background music for writing or studying as they made me want to continue on even though I didn’t find this game to be particularly engaging. 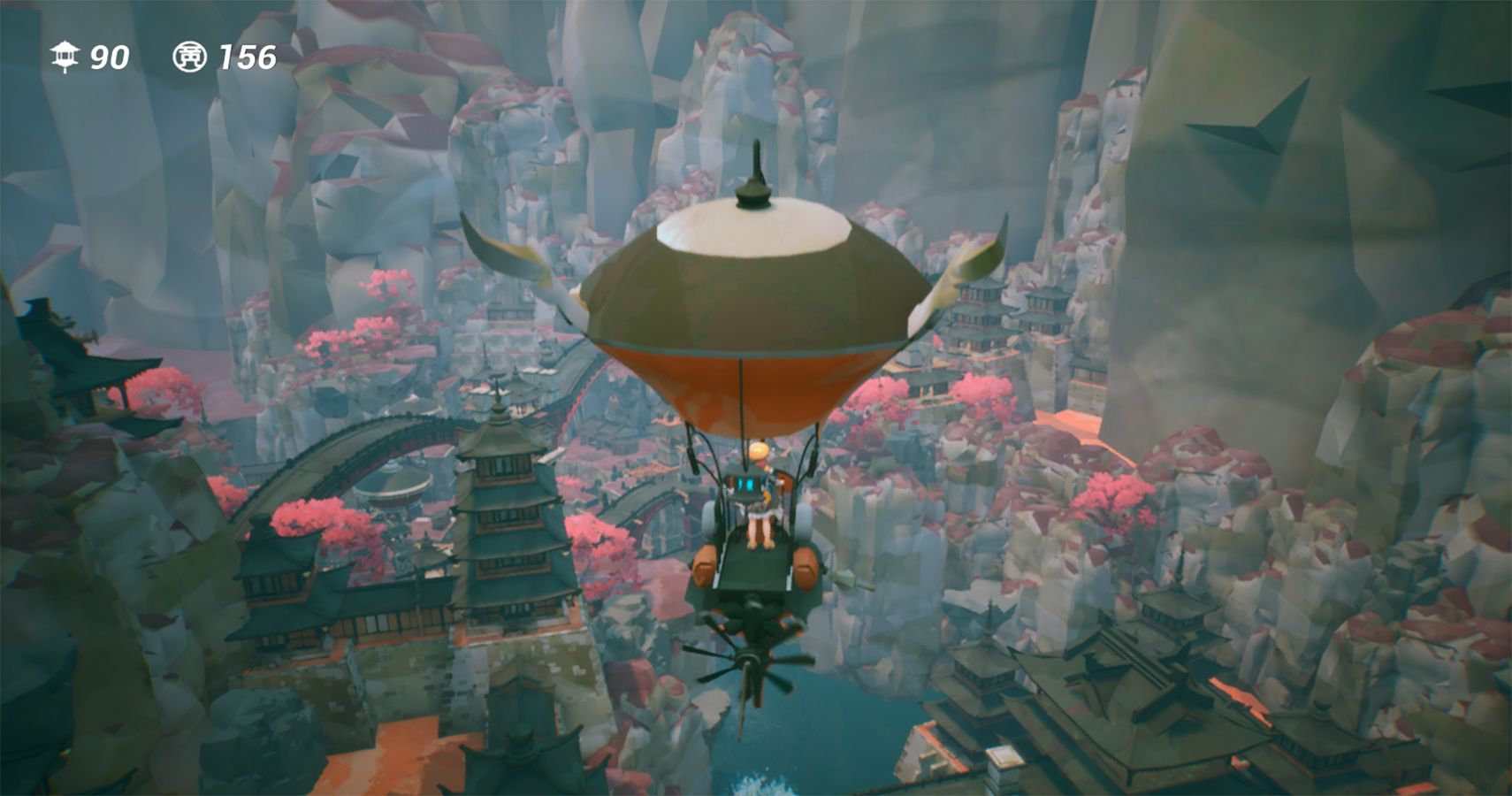 If you had presented Tasomachi: Behind The Twilight to me and said, “this is a prototype for a game,” I would be impressed by it. It’s a good foundation for a better game to be built off of as the platforming is solid and the soundtrack creates a tranquil vibe. But, this is the full game and as it is, it feels unfinished. There’s a bare outline of a story, the levels all look the same, and the gameplay becomes very repetitive over time. Even the music couldn’t fully alleviate the feeling of tedium that set in as the game kept raising the number of Sources I had to gather.

Tasomachi: Behind The Twilight doesn’t have anything that would make it worth playing over any of the much better 3D platformers available right now. Hopefully, the developer releases the soundtrack online so I can listen to these tunes without having to perform any more menial tasks for fog-ridden feline folk.

Next: Why I Love The Comforting Loneliness of Team Ico and Fumito Ueda 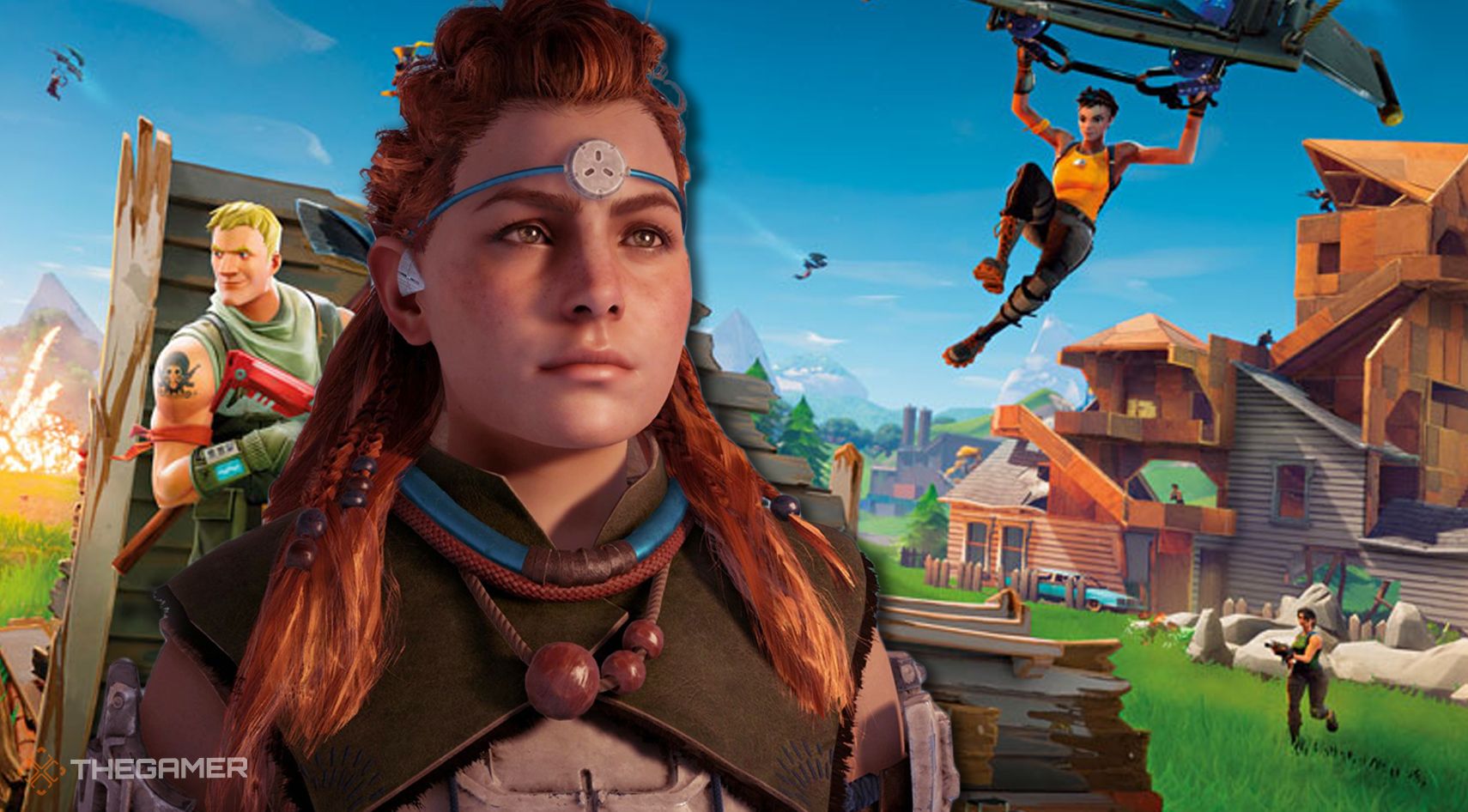