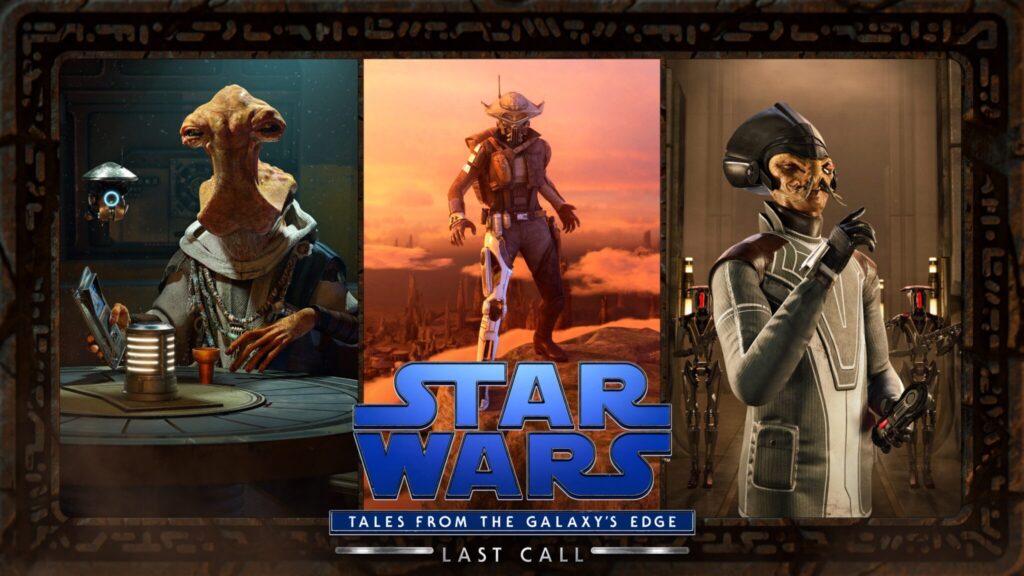 Oculus Quest exclusive Star Wars: Tales from the Galaxy’s Edge left players wanting more due to its short run time, teasing in its menu that a second part would expand the experience. Developer ILMxLAB revealed the first details several months back and now it has released a teaser trailer along with further story information.

While Lens Kamo, on the other hand, is described as: “the badass daughter of scholar parents who developed a healthy respect for history. She went into treasure hunting with the sole purpose of getting artifacts out of sites without harming them, and keeping them out of reach of the destructive collectors.” And just like before, all of these encounters take place within Seezelslak’s Cantina.

“Welcome back to Batuu! Dok-Ondar has pulled up a seat in Seezelslak’s cantina and he has a job for you. The infamous Ithorian sends you deep into the Batuuu wilds in search of a lost artefact. You’ll team up with the relic hunter Lens Kamo and battle against the evil Baron Attsmun,” said Jose Perez III, Director, in a statement. “We are super excited to continue to expand the Star Wars galaxy and hope fans swing by for Last Call.”

“We are over the moons to continue your story as our intrepid deckhand as you spend time with new and familiar characters on Batuu,” said Alyssa Finley, Senior Producer. “With new adventures to go on, two new Tales to experience, and a multitude of new items to buy and try at Mubo’s Workshop, our team can’t wait for fans to jump into Last Call this fall.”

Star Wars: Tales from the Galaxy’s Edge – Last Call is now slated to launch this Autumn for Oculus Quest as DLC with pricing still to be revealed. For continued updates keep reading VRFocus.