Telling Lies begins with a breathless woman running into an apartment and plugging in a hard drive.

That hard drive contains a database of lots and lots of video calls, along with a few hidden camera films. The calls are all one-sided recordings, offering limited information unless I can piece two matching calls together to hear both sides of the conversation. I get to jump right into the experience with a search engine box, a phrase already typed in, and five clips available to watch. I choose the one with the most captivating thumbnail, and I’m off.

There are no Steam achievements for writing thorough, organized summaries of all the video calls I watch, but that didn’t stop me. There were plenty of moments when I’d slam my space bar to pause the video, stricken with some new revelation, and quickly scribble something in the notebook in front of me. Or I’d Alt-Tab to a waiting Evernote document in which I was building dossiers on every character I’d encountered so far.

Barlow gained notoriety for 2015’s Her Story, a narrative told through a police station search engine and a carefully cataloged series of filmed interrogation interviews, with a real actor as its focal point. The search engine’s persnickety, ’90s-era PC interface meant that players could surface only five videos at a time, no matter their search query. To solve the mystery of Hannah, you’d have to carefully catalog clues to game the search engine and uncover more clips.

Where Her Story could be beaten in about two and a half hours, Telling Lies is much grander in scope. There are four main characters instead of one, along with an impressive supporting cast. The video clips are longer — between 45 seconds and nine minutes, though most average around two to four minutes — and a new scrub mechanic means I can enter each video at any point and move backward and forward at will.

And that feature seems like an almost mandatory update to the original formula. While Her Story centered on one mystery, Telling Lies is an ocean of deception.

The game’s title cleverly hides its main mysteries; I treasure the fact that I didn’t even know what questions to ask when I started playing. I dove right in and made plenty of assumptions — many completely incorrect. I’m grateful at how often I couldn’t predict the game’s twists, and relish the times I successfully put the pieces together. This review will remain spoiler free to preserve that experience for others.

Telling Lies is all about collecting nouns. Each clip is fully subtitled, and I can pause at any point to highlight any of the spoken words and start a new search from there. If someone mentions a car, I can stop the recording to begin searching for other instances of that car being discussed. I rarely do that, though, as I’m a completionist monster that needs to see every bit of action inside a clip before I can move on to my next search. 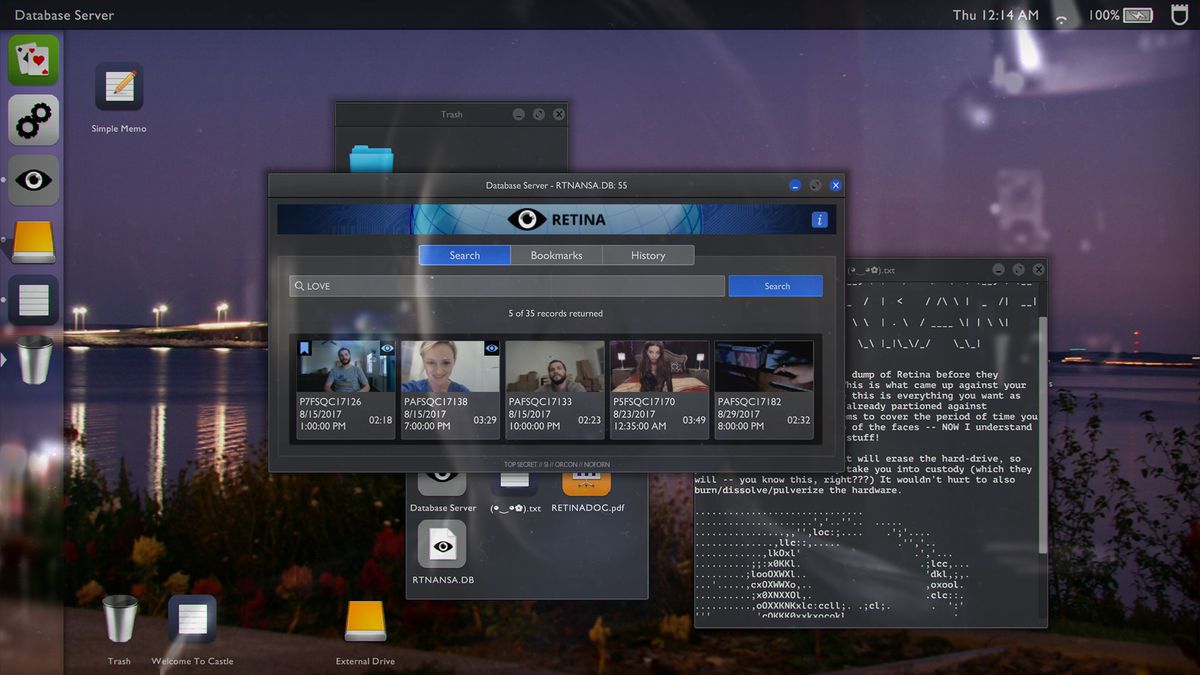 Instead, I maintain a notepad full of nouns and search ideas on my real-world desk, which I return to again and again when the well is dry. But the ability to jump to a more interesting topic — a name I’ve never seen before, a place, a concept — allows me to play with a sort of borderless freedom that’s rare in gaming. And, with the large number of misdirections in its story, it’s easy to chase a hunch and still find a reward.

The search engine comes with constraints, however: I only get the first five clips (in chronological order) when I search a term, meaning that common terms like the characters’ names will only populate early results in the timeline. Seeing a message like “5 results shown of 18 matches” can be frustrating, but it helps deepen the strategy needed to get to the bottom of each mystery. Sometimes the biggest challenge would be finding the opposite side of a conversation; I knew there would be something juicy on the other end, so I’d frantically type out any phrase that was reflected in the dialogue of the clip I’d already discovered.

The other mechanical constraint happens inside the videos. There is no timeline at the bottom, just a timecode in the top left that shows my current position and the video’s total length. I can rewind and fast-forward at three different speeds — none of which feel entirely fast enough in the heat of the moment — but cannot skip directly to a desired point.

This feels punishing if I arrive seven minutes into an eight-and-a-half-minute clip, but I appreciate the design intent after finishing the entire game. These clips shouldn’t just be skipped through to find their meat; so much care has been put into staging each moment to add subtext to the story. Move too fast, and I might miss a poster on a wall, a plaque on a desk, or the contents of a meal.

It’s crucial to slow down, take a breath, and watch everything, even when I want to rush through to find another clue. On the other hand, Telling Lies provides subtle reminders of the dangerous reality of rifling through stolen, encrypted files, and the level of secrecy required by that act. That tension helps the game crackle with life and urgency.

The acting in Telling Lies is top-notch, which has historically not been the case with most full-motion video games, but it’s critical considering how much time I spend with each character. Even when they aren’t talking, I can watch their faces for clues, or read their lips. Kerry Bishé (Halt and Catch Fire) is captivating in a role that goes to unexpectedly emotional places, and even the cast’s youngest member gives an authentic and persuasive performance. The writing itself is inventive and lively, and has the sound and feel of real people talking; each of the main characters is fully fleshed out, with their own stories worthy of investigation.

If Her Story was a proof of concept, Telling Lies is the next evolution of what Sam Barlow can do with this new — and thus far not imitated — genre of full-motion video mysteries. Even after seeing the conclusion, I was back to searching for a few more clips, digging for just a little bit more information until I’m satisfied that I’ve seen everything.

Telling Lies will be released Aug. 23 for iOS, Mac, and Windows PC. The game was reviewed on Windows using a final “retail” Steam download code provided by Annapurna Interactive. You can find additional information about Polygon’s ethics policy here.