Many games offer their protagonists robust character-building systems. From skill trees, to class selection, to point allocation level-ups, there are a handful of ways in which you can mold your character into whatever role you enjoy playing. But to this day, 19 years after its original release, Final Fantasy X still manages to offer you an immense amount of freedom when it comes to character customization.

In some games, this freedom doesn’t always extend to the rest of your party, who may end up being pigeon-holed into classes you’re not interested in playing or planning around. If you find melee-based characters dull, but they make up half the cast, you’ll eventually just completely lose interest in using them.

But the inverse can also be true: if a character starts off with a build you don’t like, but gradually receives more and more opportunities to be shaped into someone more intriguing to use, you’ll likely find it more enjoyable to invest time into helping them carve out a path toward a new role. This is precisely what Final Fantasy X’s Sphere Grid system allows you to do.

When using the Standard Sphere Grid in the game, all characters start off in one area of an interconnected map of nodes, which are occasionally empty. However, you can sometimes use these nodes to learn special abilities or provide characters with stat gains as they level up.

The map is designed so that everyone’s starting area gives them stats and abilities that suit their archetype as a party member. At the beginning of the game, locked nodes make branching out into other roles challenging in order to avoid an overwhelming amount of overlap early on. The spheres that let you unlock these nodes or jump to allies’ positions on the grid are rare in the starting areas of Final Fantasy X, tending to play a more prominent part later in the game. 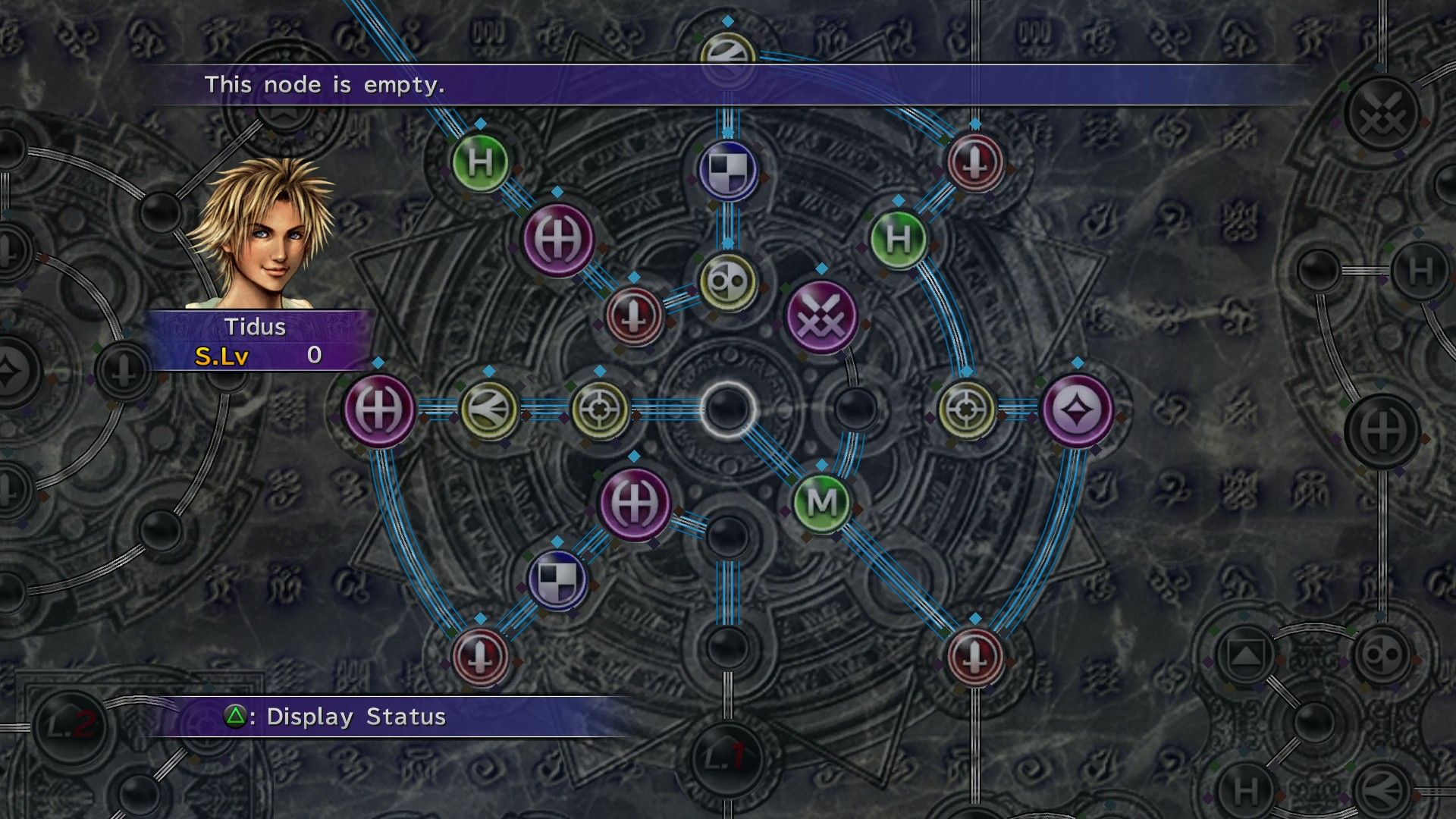 This results in a fascinating structure. In the early parts of the game, where party diversity is more important, it’s much less likely that you’ll be lacking in one specific category  —magic, piercing damage, speed, and so on. This means that you’re readily capable of taking on bosses with gimmicks that are exploitable if you’ve invested in a certain kind of build. Near the endgame, however, when you’re better equipped to handle what the game throws at you, you’ll likely have amassed more of the rare spheres that allow for a very high degree of customization.

This strategy both lets you achieve the physical attacking Yuna build of your dreams and ensures no one is left in the cold when it comes to specific enemy encounters. It’s a great way to scale the challenge of the game alongside your ability to make judgements about what you want to invest in. You might prefer playing support roles to cultivating extraordinary white mage builds early on, but it’s possible that you could end up changing your mind by the time you see the sheer amount of damage you can dish out with spells like Holy.

What’s crucial about this entire structure is that you’re afforded complete freedom if you really want it. Just select the Expert Sphere Grid instead of the Standard one at the start of the game and voila! Repeat players who know what to expect can skip the drudgery if they feel like it.

All of this together is how Final Fantasy X is somehow able to achieve the best of both worlds. It’s a game that boasts a high degree of customization for your entire party, but it never sacrifices balance or ease of use in a way that alienates first-time players.