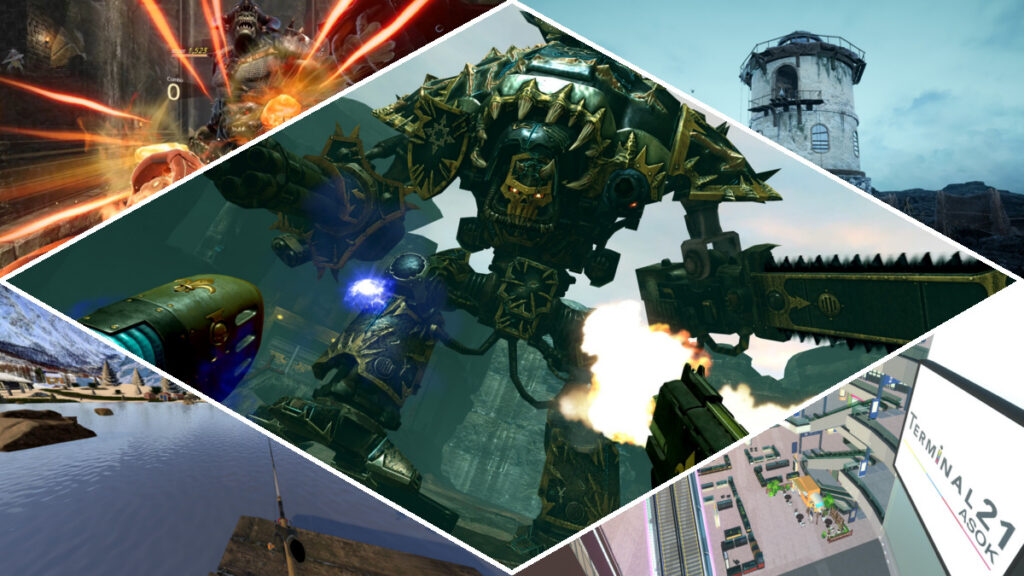 Welcome to the first VR Drop of 2022! You might still be playing all your new videogames from the festive season but there are more on the way next week. In a rare turn of events, Meta Quest and PlayStation VR titles are nowhere to be seen at the moment, so it’s all about PC VR gaming.

Arriving today, Fishing Adventure VR is being published by Ultimate Games, the same team behind the Ultimate Fishing Simulator series so it has got some pedigree. Fishing Adventure VR takes you to 7 open locales around the US and Hawaii where you can catch over 30 species of fish. While you can rest and enjoy a tranquil spot of fishing, the videogame also features quests for those who like a more focused goal.

Indie developer Ares Dragonis first launched The Shore as a standard PC title last year, receiving a “mostly positive” rating for this atmospheric videogame based on the works of H. P. Lovecraft. Soon it’ll be the turn of PC VR owners to give this Early Access horror title a whirl, taking on the role of Andrew searching for his lost daughter. Along the way, you’ll encounter many of H. P. Lovecraft’s nightmarish creations alongside a variety of puzzles.

Originally a Meta Quest exclusive in 2020, Warhammer 40,000: Battle Sister is now being brought to PC VR headsets by Pixel Toys. The narrative adventure casts you as Sister Ophelia, a veteran of the Sisters of Battle. Searching for her long lost twin through countless warzones, you face down heretics and Chaos Space Marines with an arsenal of Bolters, Plasma Pistols, Flamers, Power Swords and more.

Korean developer MAMMOSSIX launched its virtual world Galaxity back in 2019, filled with mini-games, social chat and avatar customisation options. Next week sees the release of Galaxity: Terminal21 VR, a free-to-play experience based on the largest shopping mall in Bangkok, Thailand. And because it’s set in a shopping mall you can wander around and actually buy things, although it’s unclear what’ll be on offer.

Time for a rhythm action videogame all about giant bosses in a fantasy world. Blast Beat challenges you to punch your opponents ranged attacks in time with the beat but watch out, these monsters will then come in close to deal more damage, so you’ll have to dodge their melee attacks. Whilst they’re in close you can also unleash a counter attack, all depending on how much of a workout you’d like.