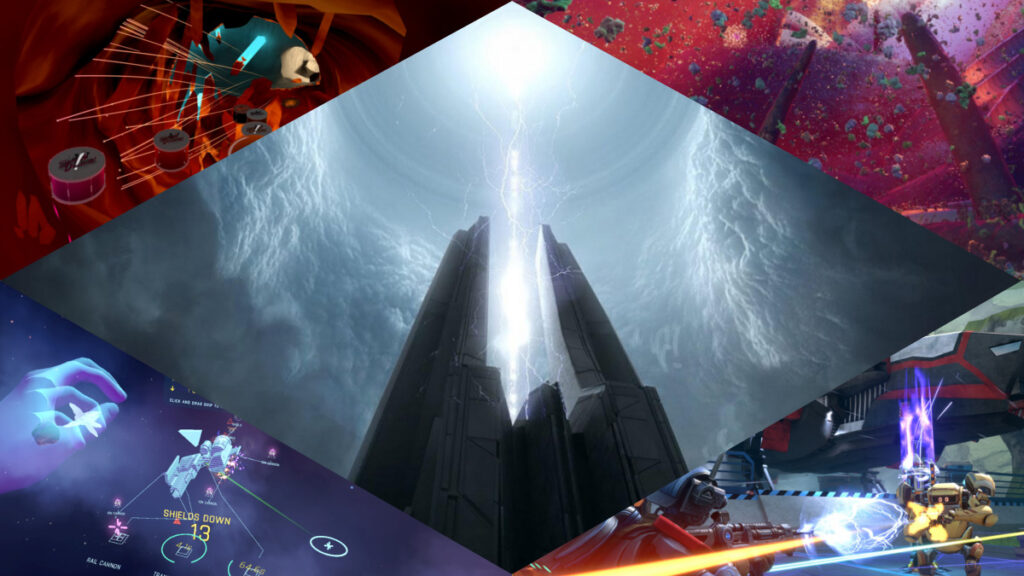 If you’re a PC VR owner then your next week will likely be filled with playing demos from the Steam Next Fest. For everyone else, including Oculus Quest and PlayStation VR owners, here are a selection of virtual reality (VR) titles arriving over the next seven days.

Developed by the 3d Visualisation Aesthetics Lab (3DVAL) at the University of New South Wales (UNSW) Art and Design Nanoscape VR takes you on a microscopic journey. “Using data from high-resolution electron microscopy we have reconstructed a human breast cancer cell in 3D VR in order to better visualise mechanisms of nanoparticle internalisation and trafficking.”

Being released through Oculus’ App Lab, Smash Drums is a drumming rhythm action videogame featuring 21 songs from up-and-coming indie rock bands. There are destructible environments including a prison, a crypt, and an office as well as 360-degree gameplay to keep you entertained.

From Farpoint developer Impulse Gear, Larcenauts is a 6v6 multiplayer where you can choose from eight specialists to fight it out across game modes such as territory defending Refuel and the classic Deathmatch. This looks set to become one of the big VR launches of the summer, with plenty of cross platform action between Quest and PC VR headsets.

The first title from indie studio White Noise Games, Eternal Starlight is a real-time strategy (RTS) title putting you in command of a fleet of starships. Featuring a 28 level campaign mode and a skirmish mode to access all the vessels, missions revolve around protecting various alien races from attack. In doing so you gain access to their resources and technology so you can upgrade your flagship. The Oculus Quest edition also features support for hand tracking.

ILMxLAB released Vader Immortal: A Star Wars VR Series for PlayStation VR back in 2020 as a digital-only version. Next week sees the arrival of a special retail edition with a few extras added on. Vader Immortal: A Star Wars VR Series takes you to the planet of Mustafar where Darth Vader is searching for a way to bring Padme back. You’ll be able to wield lightsaber’s, use the force and uncover a storyline set between Revenge of the Sith and A New Hope.