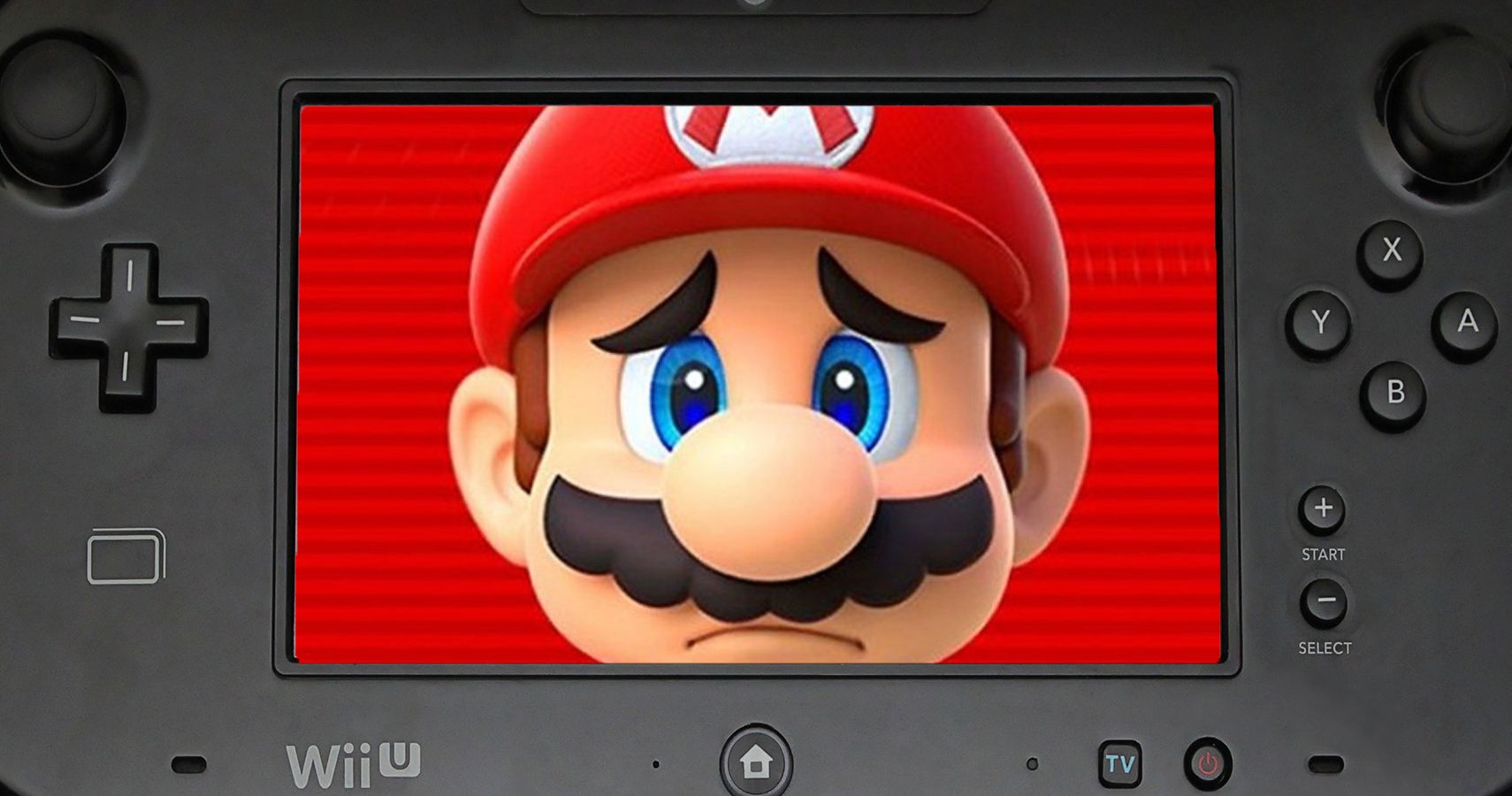 Man, the Wii U bums me out.

I remember the sad day that I decided to sell my Wii U. It sat in the corner of my room where it had collected a thick layer of dust. It had been months since I even looked at the thing. It was also just around the time that the Nintendo Switch had released. That device seemed to do everything the Wii U had promised to do but better and with a renewed focus from both Nintendo and third-party developers. So, with a heavy heart, I posted an ad online for it in order to fund my purchase of a new Switch. I ended up selling it to a college student who was obsessed with Smash, although at this point I have no doubt that they’ve moved onto Super Smash Bros. Ultimate. Much like how the rest of the world has moved on from the Wii U in general.

At the time of its launch, I firmly believed that Nintendo’s seventh home console was going to be a revolutionary and innovative piece of gaming hardware. And I’d argue that it still was, although innovation doesn’t necessarily lead to success. I don’t know if it was due to horrible mismanagement, a lack of support, being ahead of its time, or a combination of all those factors. Whatever the case may be, it led to the sad reality of the Wii U going down in history as the most depressing console of all time.

It held such promise when it was originally announced. A console and handheld hybrid that would allow for some cool asymmetrical multiplayer titles. You could play games on its big tablet controller while someone else in your household could use the TV to watch Netflix. As someone who grew up having to share the living room and impatiently wait to play video games, that feature alone sounded like a dream come true. Add in the touchscreen and backward compatibility for Wii controllers and you had the potential for a phenomenal gaming experience.

But that promise never really materialized. From the start, everyone knew that Nintendo was going to be in for some trouble with this system. It lacked the appeal that the Wii had with the casual audience. Any random person who had never touched a Super Nintendo before could grasp the idea of motion controls. Just pick up the Wiimote and swing it like a golf club or a baseball bat. Nice and simple. But the Wii U’s gimmick wasn’t as easy to translate to the typical non-gamer. You get a big tablet thing that gives you a bunch of extra information and…That’s cool, I guess?

On top of that, it was a confusing name because consumers couldn’t figure out what the hell it was supposed to be. Was it a new console or an add-on peripheral for the Wii like the Sega CD was for the Sega Genesis? The average customer had no idea. Plus, the name itself is just awful. It’s a bad sign when you announce the title for the system that’s supposed to carry the flag of your company for the next five years and all people can think about is Kung Pow: Enter The Fist.

The marketing for the Wii U was a mistake on almost every level leading it to sell even worst than the Gamecube did. Nintendo went from its most successful console ever in the Wii to this pathetic system that bombed hard enough to make people think that its console-making days were over.

With a console underperforming that badly, it’s not surprising that Nintendo wanted to move on as quickly as possible. As soon as the Switch was ready to go it pushed it out the door and made every effort to make people forget about the Wii U. This turned out to be a smart move as the Switch has outperformed its predecessor in every way. It’s sold more units, more software, and has become a major hit among gaming fans. Even the Switch Lite on its own has sold better than the Wii U ever has and ever will.

Hell, if you want proof that Nintendo tapped out early on the Wii U you need look no further than the title of its version of Smash. It’s literally called Super Smash Bros For Wii U. That might be the laziest title for a video game I have ever heard. If you can’t even come with a creative name for the latest edition of one of your most successful franchises, then your console is a dud. 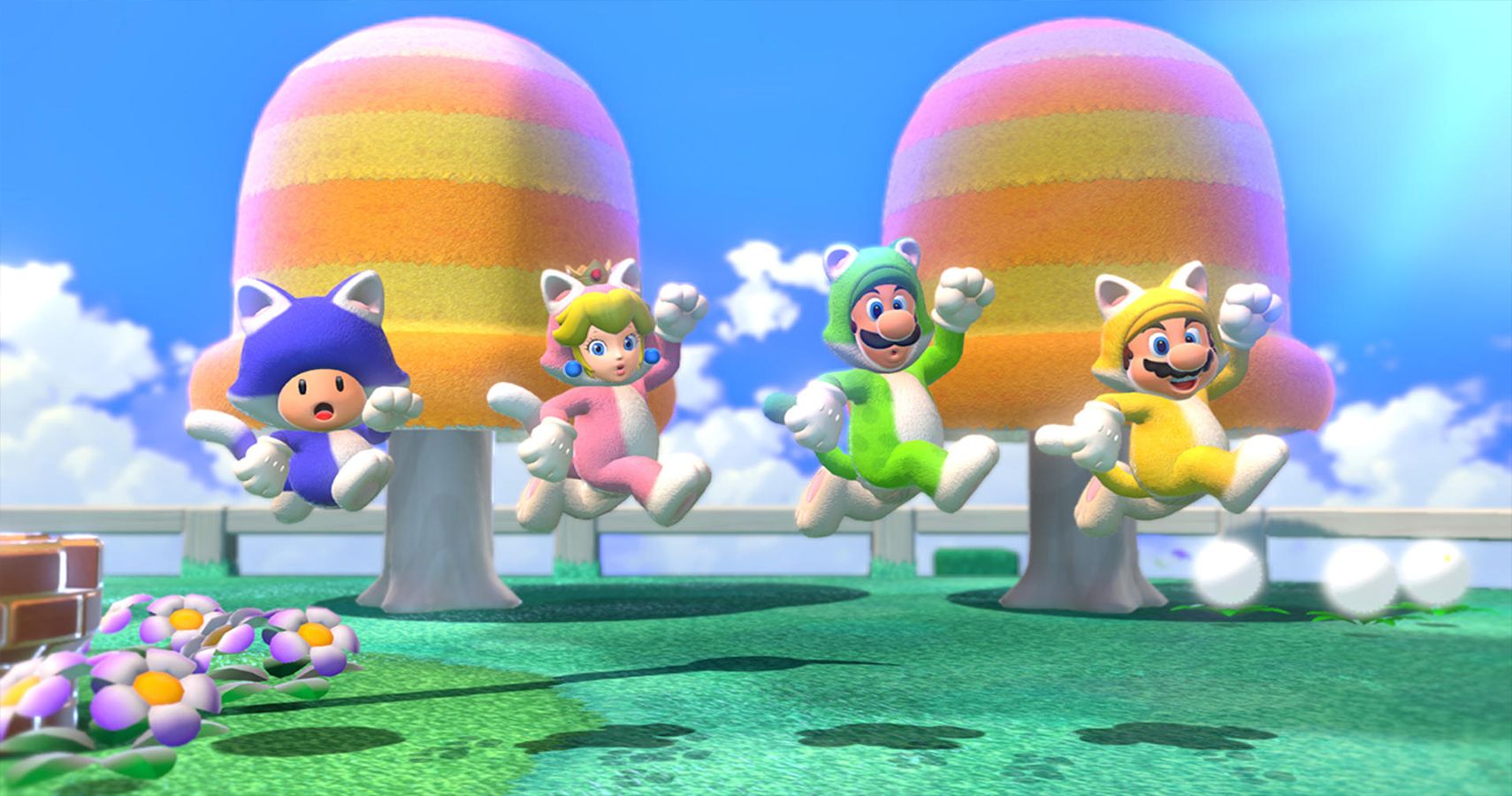 The final nail in the coffin that is the Wii U’s legacy is the fact that almost all of the worthwhile Wii U exclusive games have escaped from that sinking ship to the much more popular Switch. Super Mario 3D World was one of the last remaining titles that were only available on the Wii U. Since it’ll have Bowser’s Fury bundled with it, that means that the Switch port is now the superior version of that game.

So what’s left? A crummy Star Fox game? A Kirby game that no one remembers? The worst edition of Mario Tennis? Yet another mediocre Paper Mario? Devil’s Third?!

There’s practically no real killer exclusive game left on the Wii U, which means it’s quite possibly the least essential system ever made. There are reasons to go back to other failed consoles like the Sega Saturn or the late, lamented Gamecube, but unless you’re dying to load up another round of Lego City: Undercover, the Wii U is as obsolete as a piece of technology can be. Even among retro game collectors, I can’t see why anyone other than an absolute completionist would bother trying to get their hands on one today.

Thus, the Wii U died a swift, whimpering death without scarcely anyone noticing. It’s actually kind of astonishing how little of a fanbase this relatively recent console has. It released in between two of Nintendo’s biggest systems yet it just barely managed to sell enough units to be more successful than the Virtual Boy. The general consensus seems to be that the Wii U was more of a prototype for what would become the Nintendo Switch, which is a shame. I wholeheartedly admit that the system was an utter disaster, but for all its faults, the Wii U had some neat ideas.

I really liked the concept of asymmetrical multiplayer. You could play as Bowser and mess up your friends in Mario Party 10 or there were some neat mini-games you could fool around with in Nintendoland. The GamePad allowed for neat twists on games like using it to manage your inventory in titles like Tokyo Mirage Sessions #FE. I will also make the controversial claim that the GamePad feels better to hold for long periods of time than the Switch does. So much so that I bought a Switch case that makes it look and feel like a GamePad, which might be a determining factor in my love of that console today. 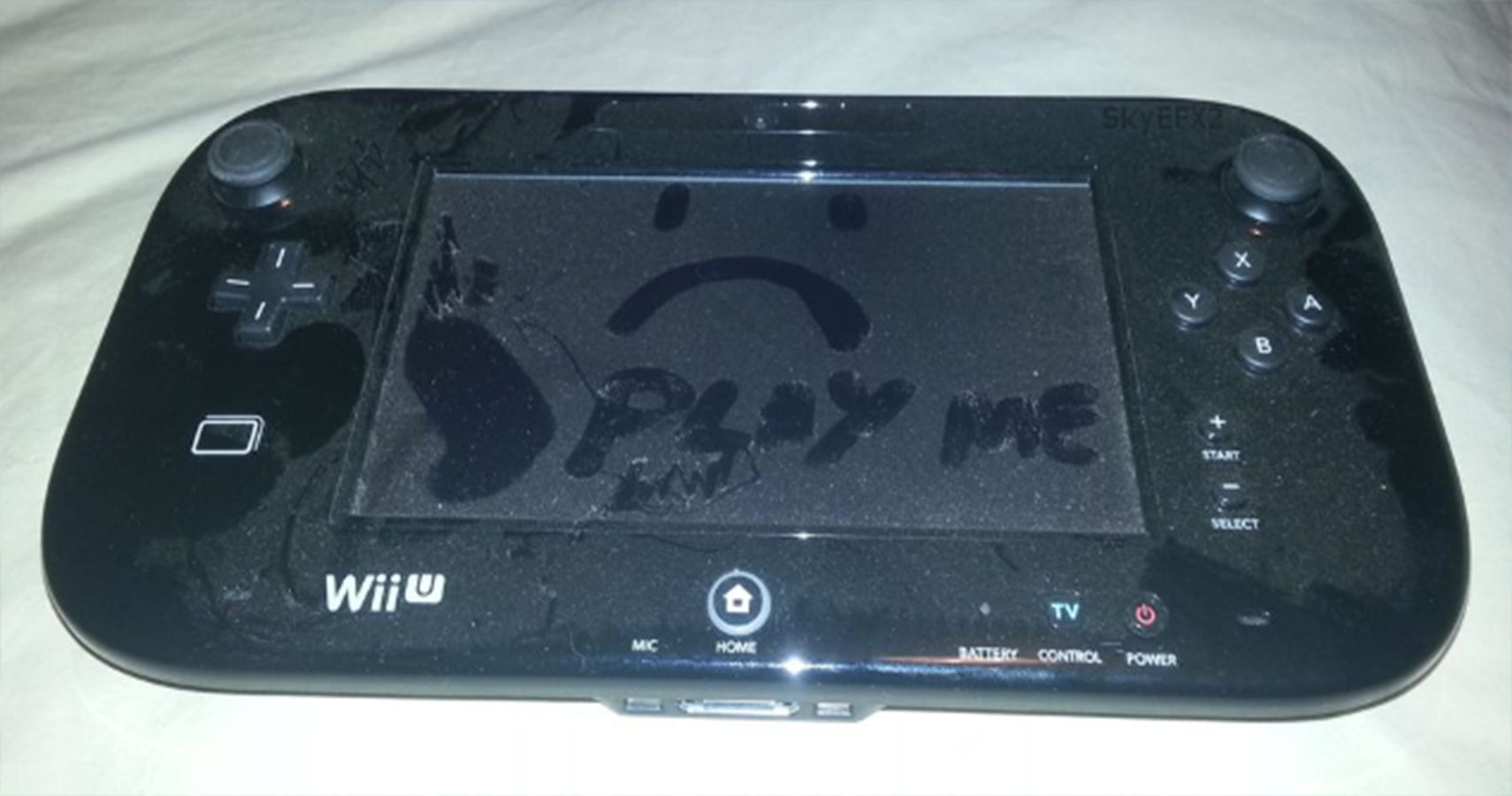 While I don’t think about the Wii U too much nowadays, I still believe that it wasn’t given a proper chance to succeed. I hope that that college student got more use out of it than I did. And the money I made from that sale went towards my purchase of a shiny new Switch, which was the right decision to make as I play it more than just about anything else. But I’ll always remember the brief amount of fun I had with the Wii U, as well as the fact that without it we probably wouldn’t have the Switch.

So if you somehow still own one of these depressing little chunks of black plastic, dig your Wii U out of your closet, hold it tight, and let it know that someone in this world appreciates it. And then you can put it back in the closet since there’s really nothing to do with it. Unless you want to fire up ZombieU for old time’s sake.

NEXT: Why Traditional Dungeons Should Be Brought Back In The Next Legend Of Zelda Game 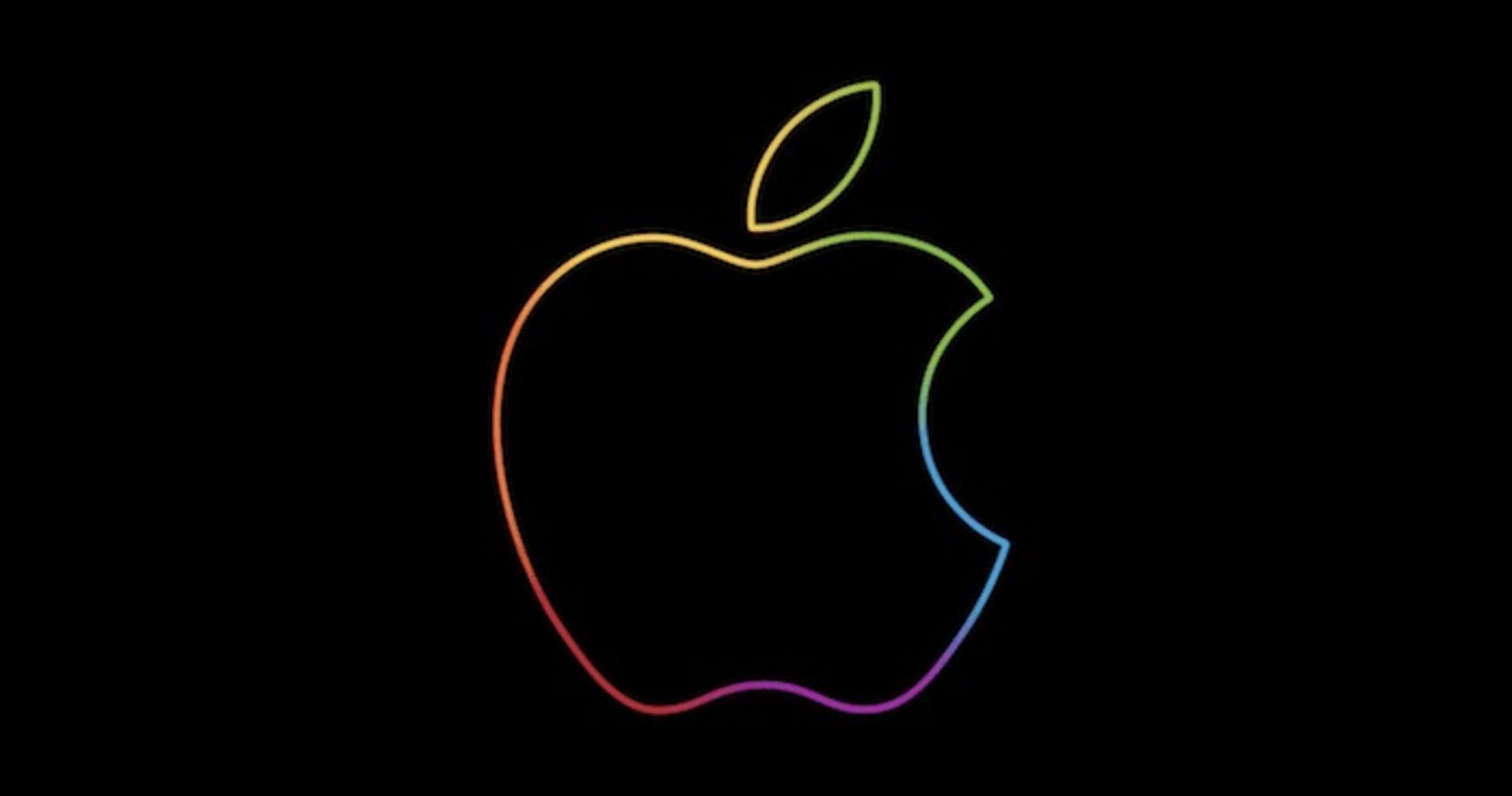