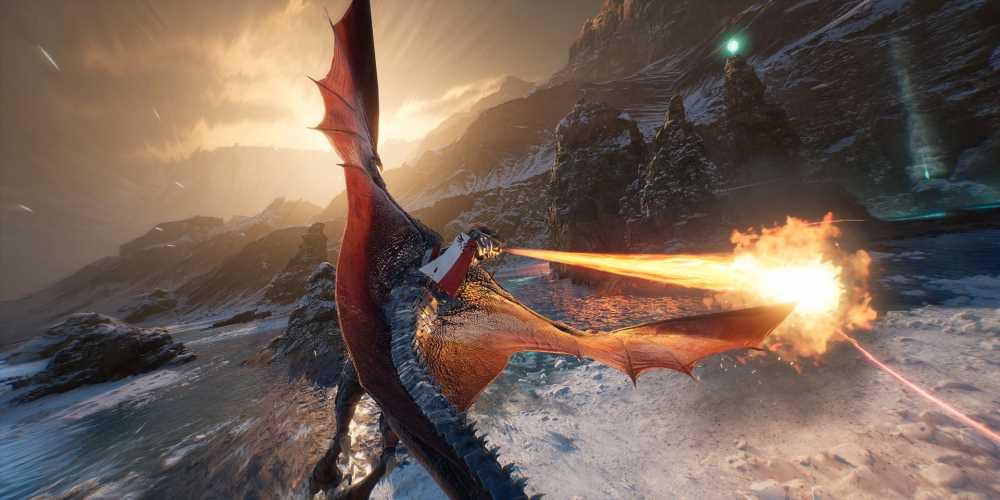 Century: Age of Ashes is a new multiplayer dragon-riding game that launched on Steam last week, and surprisingly, it has a lot in common with Halo Infinite. Both games are Free-To-Play and feature a battle pass, challenge-based progression, and a real-money shop where you can buy cosmetics items. But while Halo Infinite has been broadly criticized for its systems and monetization, Century has received an overall favorable reception from the player base. And while Century is certainly a much smaller game with far fewer critics than Halo, it’s worth exploring the way it approaches Free-To-Play and examining why it already feels more rewarding than Halo Infinite.

As you play matches and earn experience in Century, you are rewarded with cosmetic items, consumables, and currency. Each of Century’s three classes has its own category of cosmetic items it can equip, which includes weapons, armor, dragon types, and dragon armor. For our purposes, it’s best to think of Century’s progression system like Halo’s battle pass, and the three classes like the three armor cores in Halo. The different ways each game handles earning and using these rewards illustrates Halo’s major flaws.

Century and Halo both offer 100 levels of progression, but Century’s track is completely free while Halo’s is a paid battle pass with a select number of “free tier” rewards. Both games reward cosmetic items like armor pieces, icons, and banners for leveling up, but Century also gives gems and coins—the currency used to buy cosmetics and consumables in the in-game shop – while Halo Infinite does not. And while I don’t find much value in comparing the monetary value of cosmetic items between two different, unrelated games, Century offers more rewards than Halo overall. Each level on Century’s track gives two or three items ranging from armor pieces, XP boosters, currency, and dragon eggs (we’ll get to those later)—and sometimes one of each. By the time you hit max level in Century you’ll have nine dragons, dozens of cosmetic items, over 100,000 coins, and a few thousand gems. With that currency, you can then buy 15 to 20 items from the shop, depending on rarity. Compare this to Halo battle pass, which costs $10 and rewards you with about 80 armor pieces that are split between two of your cores, various profile cosmetics like backdrops and emblems, and about 30 Challenge Swaps and XP Boosters. Halo may have more individual items overall, but the flexibility of the currency definitely makes Century more attractive. I’d rather have a pile of coins than level 46 to 49 in Halo to get a left and right shoulder pad. 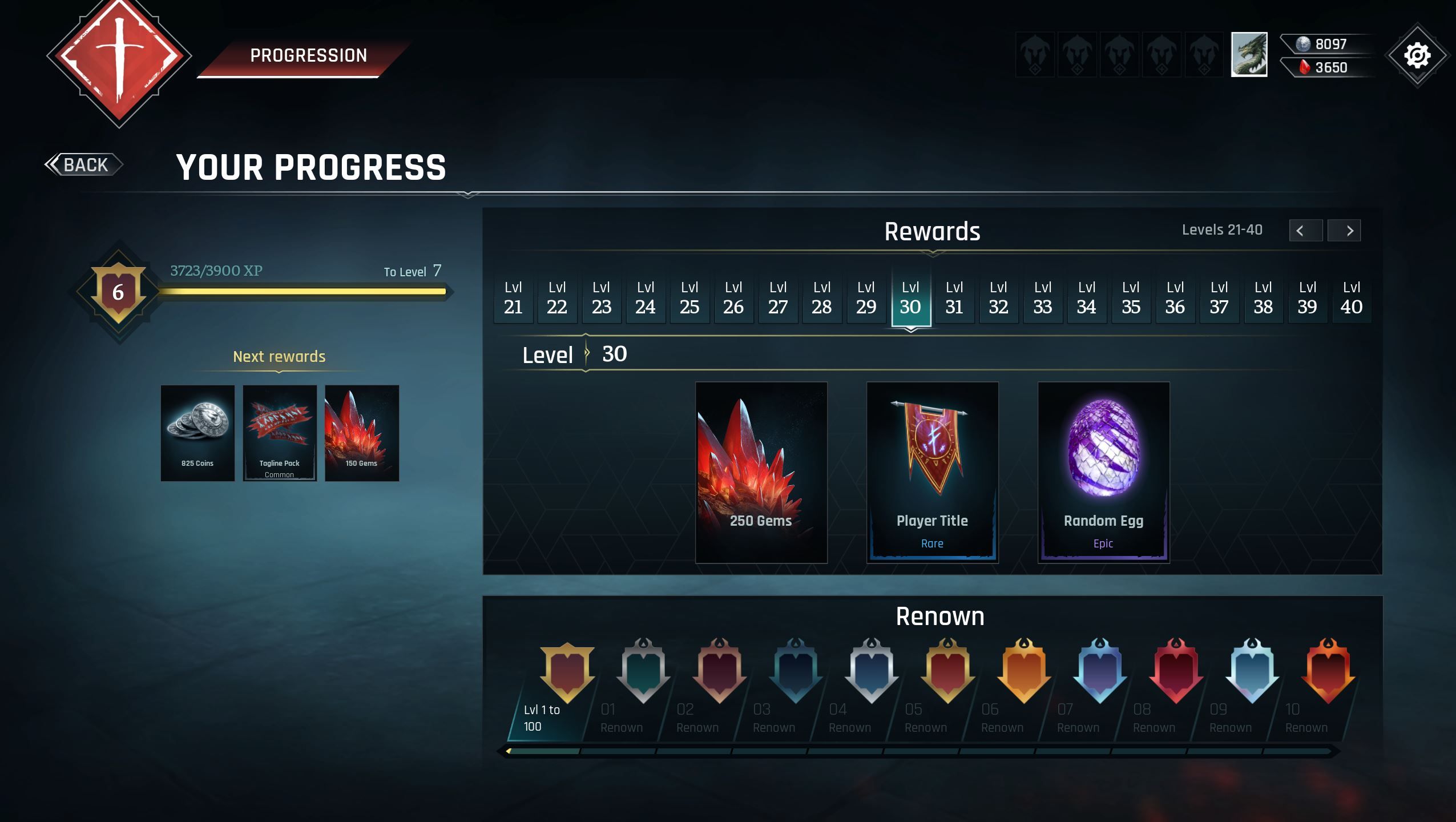 The application of cosmetics is so much easier to understand in Century, too. While each armor piece is specific to one class, it's easy to tell which rider or dragon each armor piece is for because the classes are so visually distinct. The characters and dragons all have unique origins and styles that make them identifiable on the battlefield and in the customization menus no matter what weapons or armor you have equipped. When you unlock a spear-type weapon or hatch a dragon with a slender, whip-like tail, you know right away that they’re for the Windguard class.

On the other hand, Halo’s armor cores aren’t like that at all. There’s nothing distinct about the Mark V vs. the Mark VII armor pieces, other than the fact that Mark V parts come from the paid tiers of the battle pass and the Mark VII parts come from the free tiers. While you know specific things belong to each class in Century, there doesn’t seem to be any rhyme or reason why each Halo armor core can only use certain pieces, at least from a visual perspective.

There’s also a big difference in the way each game handles progression. While both rely on challenges as the primary source of experience points, Century has a much more layered approach to challenges while also offering bonus experience based on performance in each match. 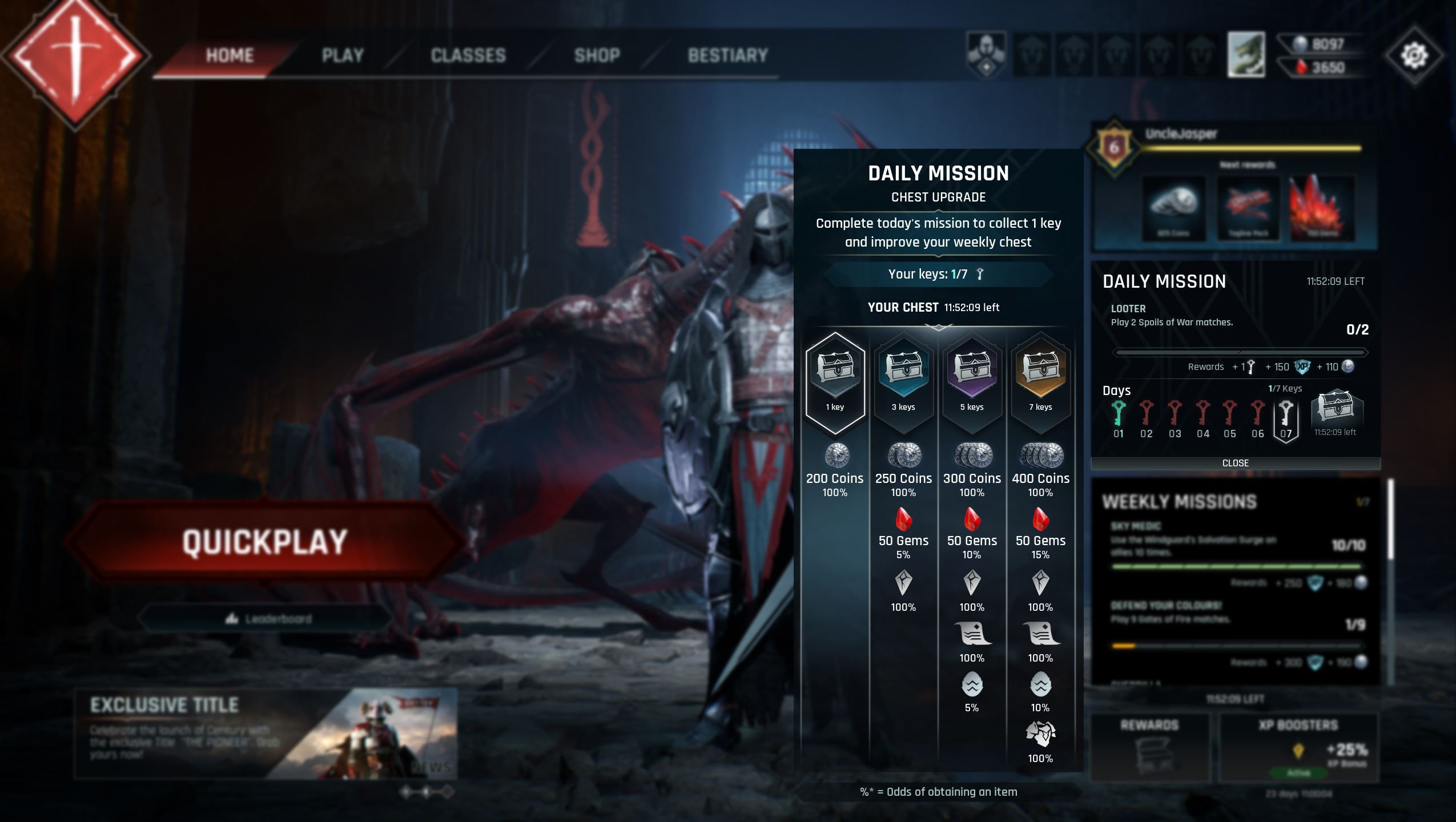 Each day of the week, you’ll earn a key by completing a daily mission in Century. At the end of the week, you’ll use those keys to open a chest. The more keys you have, the better your reward. This is similar to Halo’s weekly reward for completing the full list of weekly challenges, but it isn’t all-or-nothing. Even if you only finish one daily mission, you’re still going to earn something. Century also has weekly challenges like Halo, but they offer both XP and currency, rather than just XP.

The weeklies are also more objective-focused than Halo Infinite's. Rather than using a specific weapon or tactic, Century’s challenges relate specifically to the win condition in each game mode, like getting kills in Skirmish or flying through gates in the Gates of Fire mode. These are things you need to do to win anyway, so there’s better alignment between the challenges and the actual objectives of the game. You also have control over which game mode you queue for, unlike Halo, which often requires you to complete challenges for specific game modes without giving you a way to directly queue for that mode.

There’s one additional layer to Century’s progression beyond the weekly missions and daily keys, and that’s the dragon eggs. Whenever you earn an egg, you’ll need to hatch and grow the dragon to maturity by completing a sequence of challenges that can be tackled at the same time as your daily and weekly missions. Both Century and Halo require you to complete challenges to progress, but the former has multiple overlapping challenge systems that make it feel like you’re always making steady progress. Most critically, Century allows you to complete all of your available weekly challenges in any order, instead of doling them out four at a time with the option to challenge swap like Halo. 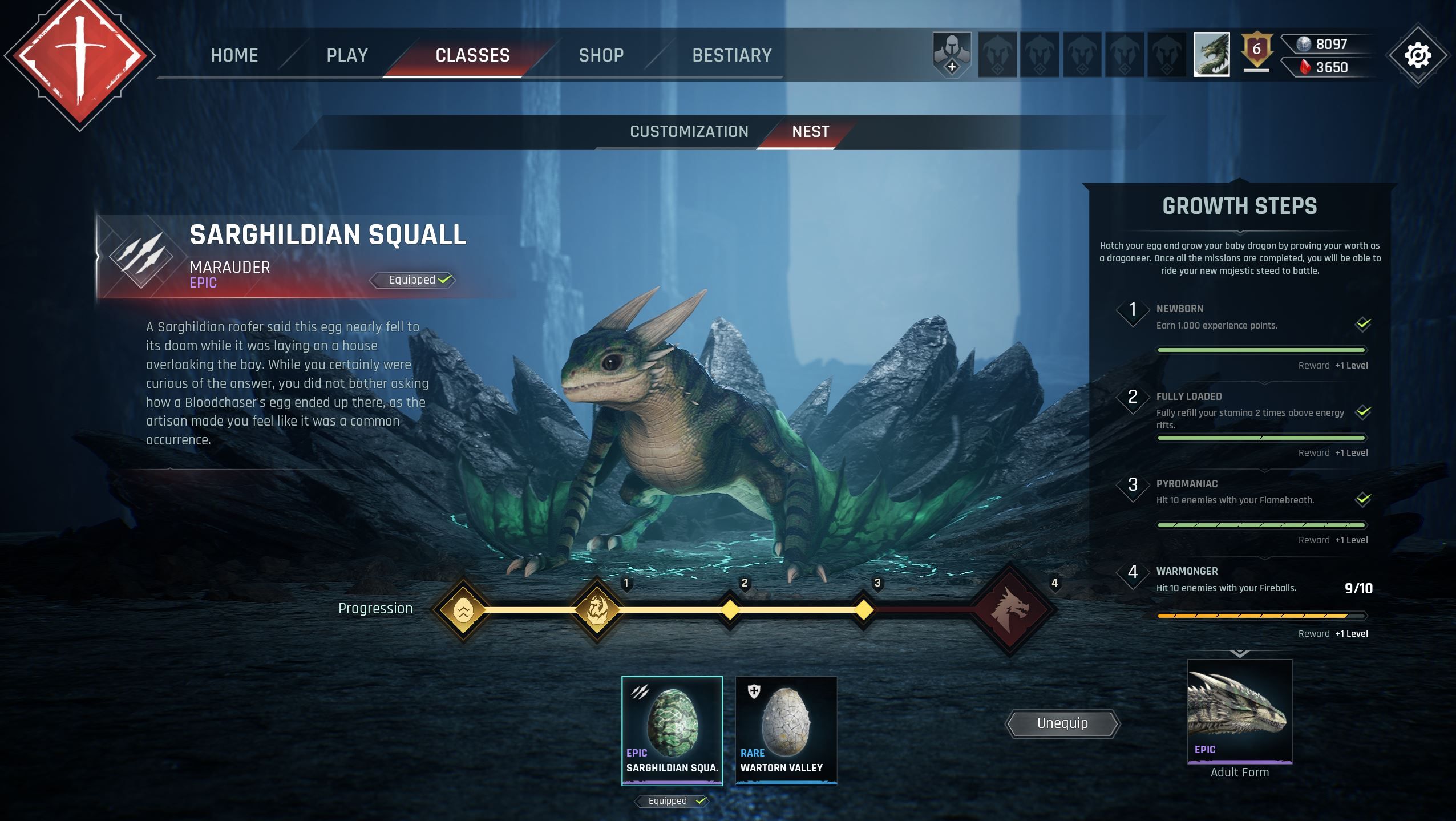 There’s a lot of individual things about Century’s progression and reward systems that I prefer to Halo, but taken as a whole it's fascinating to see how much more satisfying and frictionless Halo Infinite could be. Say what you want about Halo’s cosmetic rewards themselves—I personally think they’re uninspired—but there’s no denying that Century has a better reward structure. It’s more flexible thanks to things like playlist options, weekly keys, earned premium currency, and no locked weekly challenge slots, and the flow of rewards is more constant due to performance-based experience bonuses and multiple challenge systems. If Halo adopted just one of Century’s progression mechanics, it would be a better game; can you imagine Halo’s sheer potential if it borrowed all of them?

Did I mention Century is a game about riding dragons and shooting fireballs at people? It’s a great free-to-play game on its own. Thankfully, it also has exceptional progression, something Halo Infinite could learn a thing or two about.