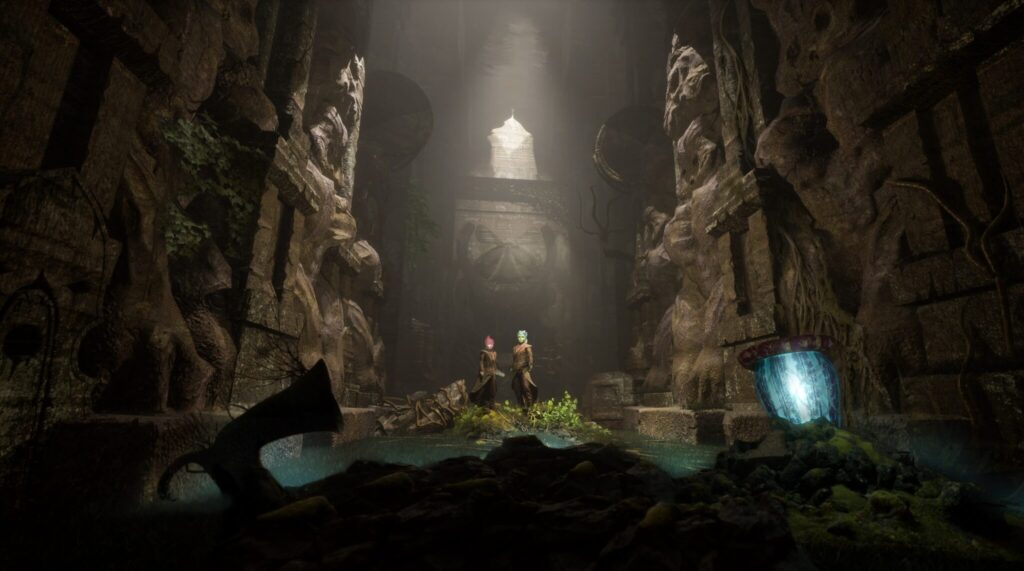 ROTU Entertainment’s Rhythm of the Universe: IONIA has looked like a promising combination of music and puzzle exploration ever since its first unveiling a couple of years ago. Now the studio has confirmed the multiplatform virtual reality (VR) title will be making its way to headsets at the end of September.

With its mixture of VR adventure and musical gameplay, Rhythm of the Universe: IONIA‘s narrative revolves around a message of environmental conservation. On a fantastical planet filled with a variety of creatures and plants, the goal is to save the Harpa, an endangered mythical being, by exploring the world solving puzzles rooted in music theory.

Designed for immersive gameplay, you’ll not only be climbing trees and ziplining across ravines but also playing musical instruments, drumming beats and tones on the flora and fauna. Plus, in keeping with its wildlife message, five percent of proceeds from Rhythm of the Universe: IONIA will go to environmental non-profit Wildlife Warriors Worldwide.

“We had to make sure we didn’t just have a conservationist message without putting our money where our mouths are,” said Jason Parks, ROTU CEO in a statement. “When you’re virtually ziplining and trying to find your rhythm, just know that you’re supporting a great organization in Wildlife Warriors.”

“We are proud to be working with the team at ROTU to engage the virtual reality explorers of IONIA in the conservation of this planet’s precious wildlife and wild places. Thank you for supporting Wildlife Warriors Worldwide in the protection of injured, threatened, and endangered wildlife everywhere,” said wildlife conservationist and photographer Robert Irwin.

Rhythm of the Universe: IONIA is set for release on Oculus Quest and Rift, PlayStation VR and PC VR (HTC Vive, Valve Index and Windows Mixed Reality) from 23rd September 2021. VRFocus will continue its coverage of ROTU Entertainment, reporting back with further updates.