Released in February 2019, Wargroove is an indie real-time strategy title that bears a borderline lawsuit worthy resemblance to Nintendo’s long-dormant Wars franchise—not that we’re complaining. Set against a high-fantasy backdrop and featuring detailed pixel art of a sort which has become endemic to the publisher, Chucklefish, the developers behind hits like Stardew Valley and Starbound, iterates on the systems and mechanics seen in games like Advance Wars and delivers the kind of stellar tactical experience fans of that series have been dreaming about for well over a decade. A year after the game’s debut, the devs launched a free update/DLC titled, Double Trouble, which, among an assortment of tweaks and changes, includes a new co-op campaign, as well as three brand new commanders. It’s an amazing update to an already stellar title, and, for the low, low price of absolutely free, there really aren’t any downsides of which to speak. 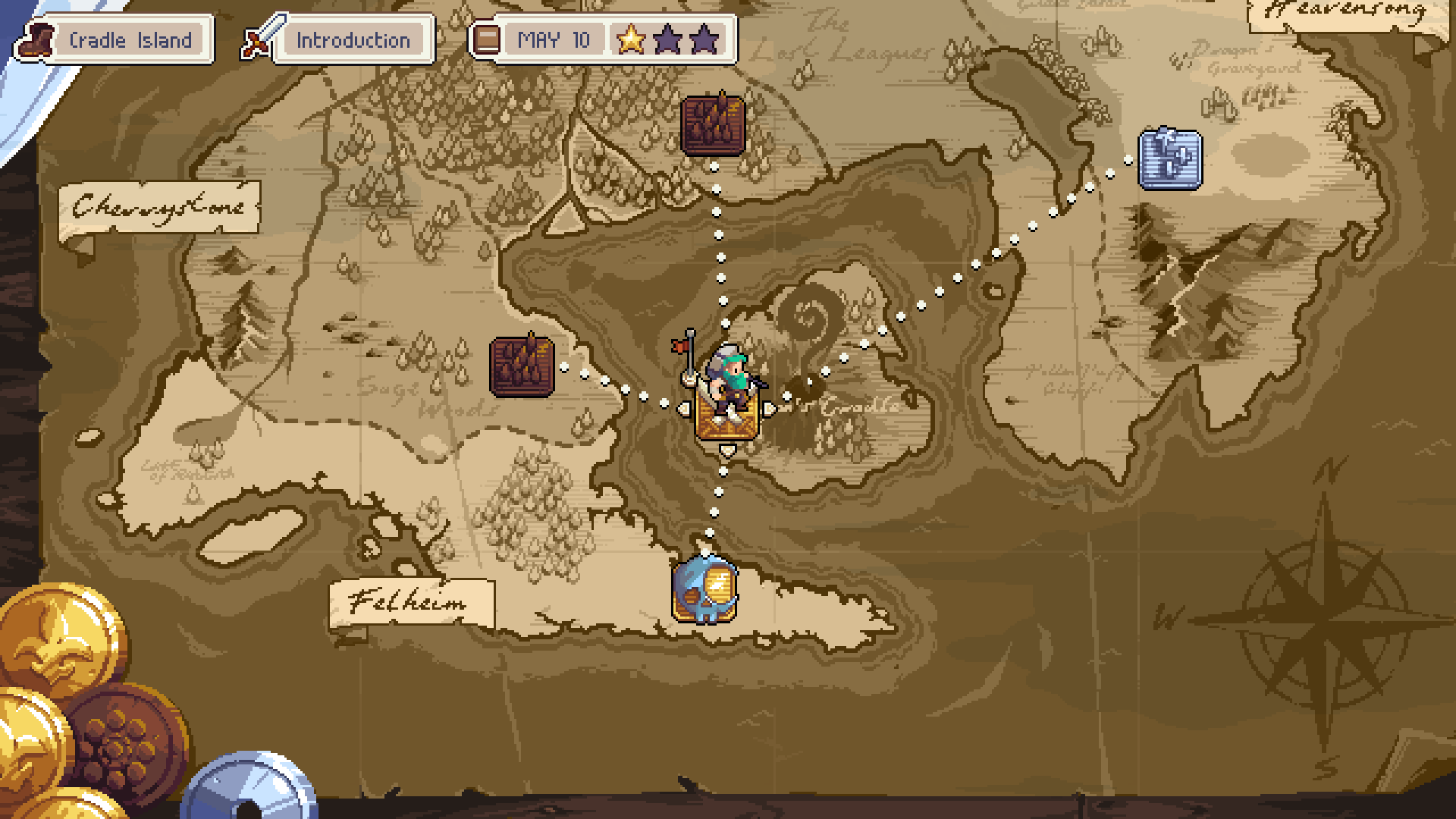 The marquee feature of Double Trouble, as the name might imply, is the all-new co-op focused campaign. What’s neat about this—aside from the daring implementation of co-op mechanics in a primarily single-player or PvP-centric genre—is that players can dictate the order in which battles are fought, making for a slightly more organic story experience. Naturally, the two-person focus carries over to gameplay, with each player taking control of specific sets of units, each helmed by one of the new commanders.

When it comes down to it, the co-op essentially divides the player-controlled army into two factions and requires players to work together to conquer their objectives. While basic missions will take place across fairly typical landscapes, more engaging environments will separate the players’ forces and require them to either reunite to fight more effectively or use their wits to fight the enemy while separated from each other. Having too many cooks in the kitchen can, at times, be a bit of a pain when it comes to strategy gaming, but Wargroove handles things gracefully enough, and it’s worth noting that, though co-op is recommended for the new campaign, it can be experienced solo. 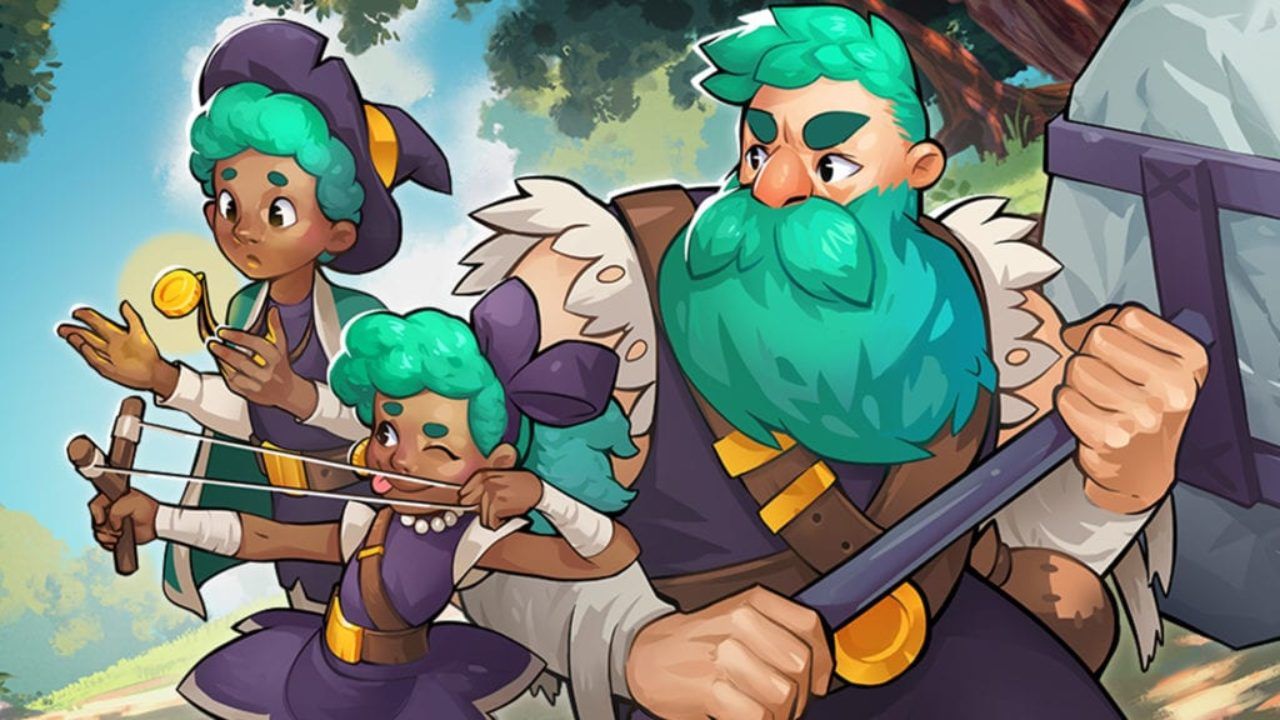 As previously mentioned, Double Trouble introduces three new commanders to the fray, each with their own unique abilities, referred to in-game as “grooves,” that can sway the course of battle if orchestrated correctly. Wulfar, a burly woodsman, can launch allies across gaps and large spaces or catapult enemies far away from the action. The twins Errol and Orla can preform either a healing or damaging AOE move which is more difficult to correctly use than it seems. Finally, Vesper has a smoke shroud which prevents all units inside the area of effect from being targeted. The drawback, however, is that this works on both allies and combatants, making it a very situational skillset. 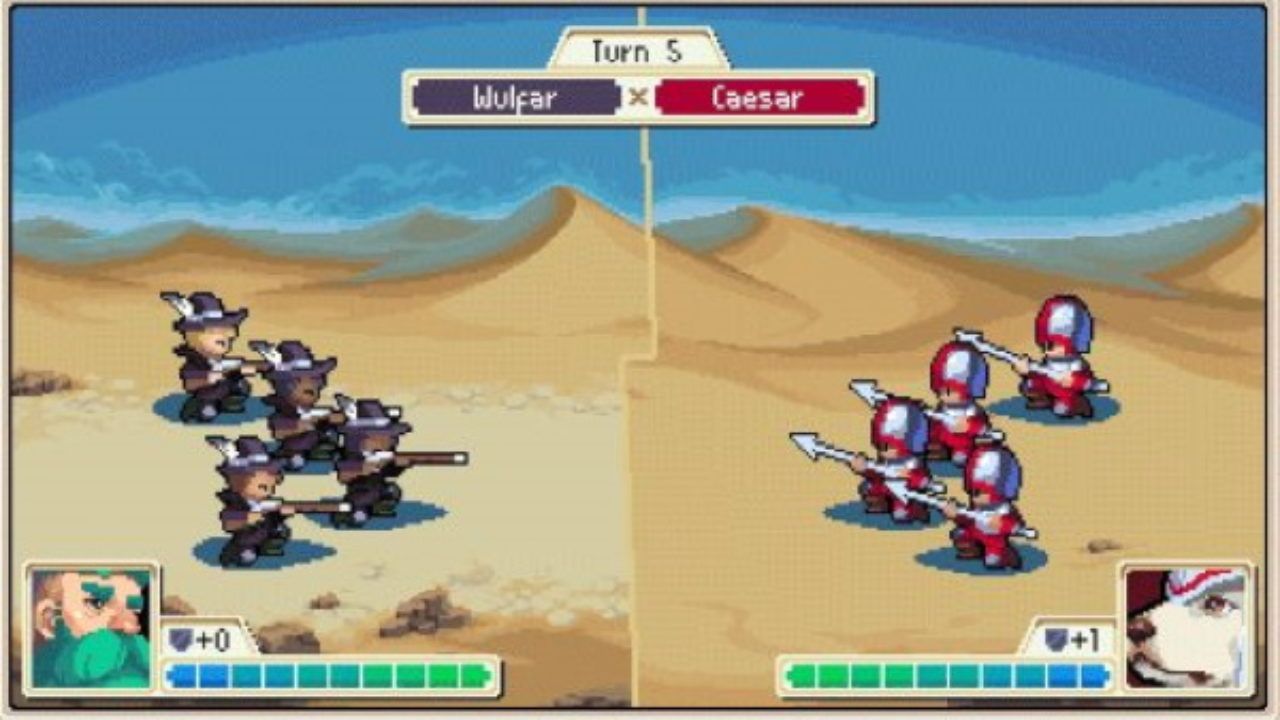 Additionally, Double Trouble brings two new units to the battlefield: the Thief and the Rifleman. Though not effective in actual combat, the Thief has the ability to ransack villages, instantly turning them neutral and earning 300 gold in the process. This unit can be used to alleviate otherwise tense siege situations and earn extra funds for unit production. The Rifleman has an exceedingly long range and crits when firing their last round, though they’re required to reload after three attacks.

A Co-op Campaign Worth Fighting? 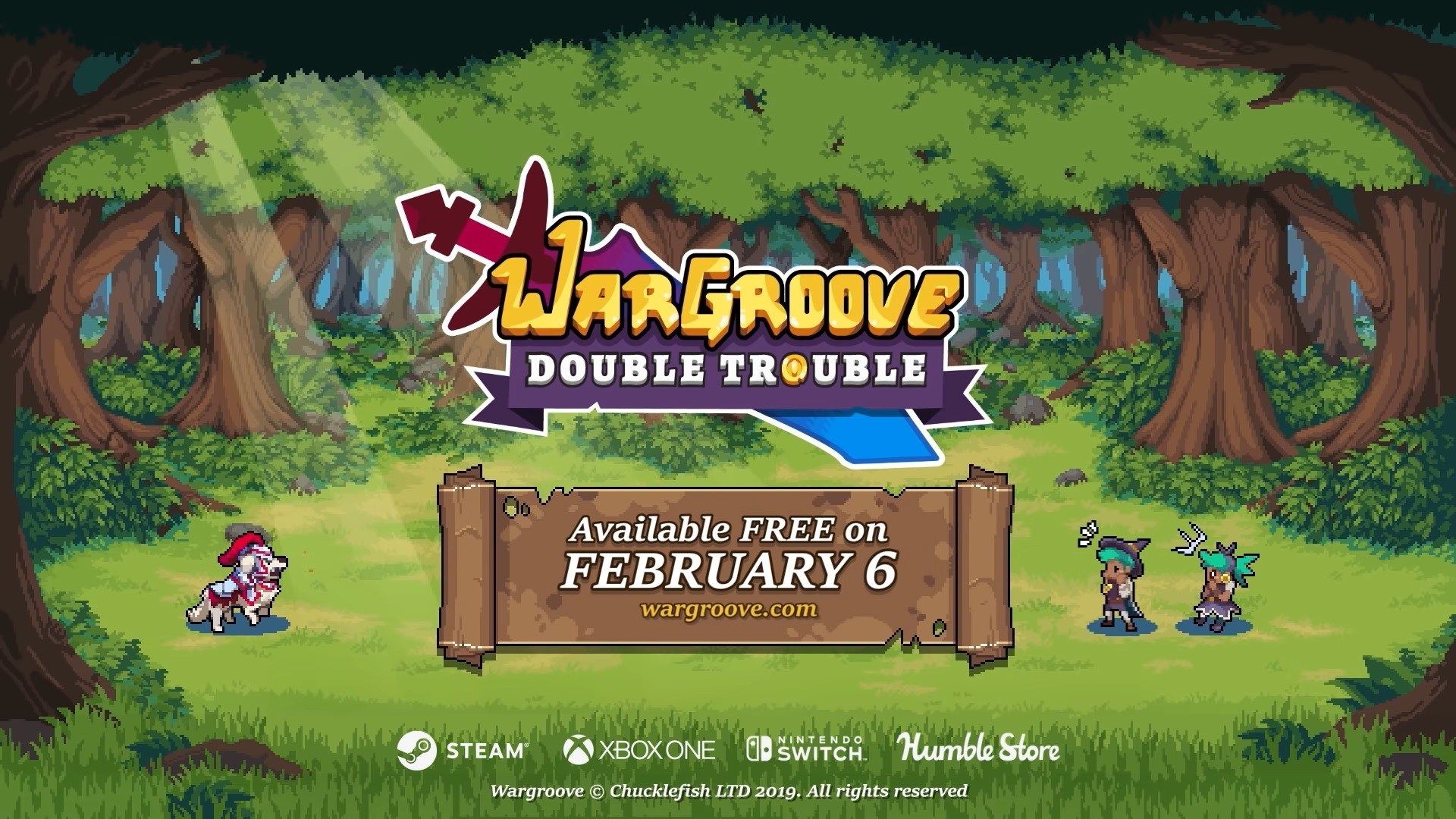 The update also adds a ton of new content to the already fairly robust custom scenario builder, and, in a way, it feels a bit like the Advance Wars Maker Nintendo apparently doesn’t have the courage to make. Add to that robust online capabilities that are only strengthened by sprawling user-generated campaigns and online or couch co-op features, and you’ve got a recipe for a new gold standard when it comes to RTS titles.

Games like Fire Emblem: Three Houses seem to have most strategy gaming fans preoccupied at the moment, but Wargroove certainly serves as a solid alternative, and the new Double Trouble update makes it an even more compelling offer. Easily a fifteen dollar value released entirely free of charge, there’s no reason for those who already own the game to not give this one a shot.

Wargroove is available now for PC.