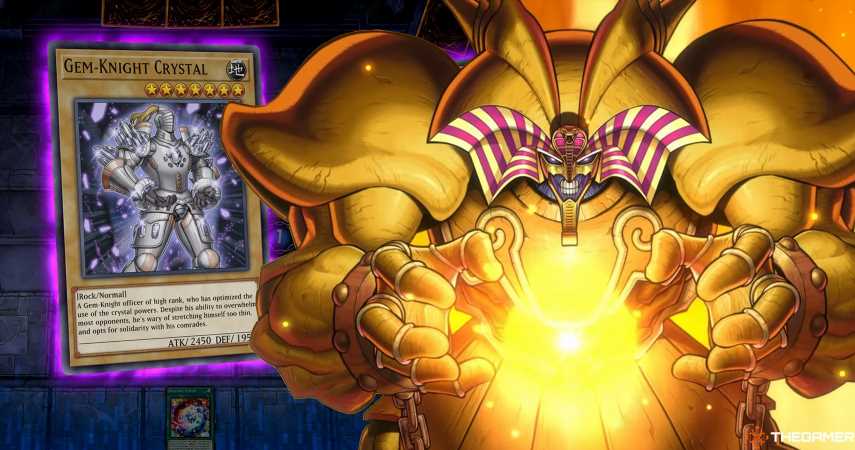 There have been lots of Yu-Gi-Oh! video games, but none of them have ever tried to adapt the tabletop trading card game in the same way competitors like Magic the Gathering Arena or Pokemon TCG Online have. Games like Duel Links and Legacy of the Duelist were happy to offer smaller card pools and simplified rules, as they were more about adapting the feel of the anime over the game itself.

That's why Master Duel is one of the most exciting things coming to the world of Yu-Gi-Oh! this year. Finally, we're getting the faithful adaptation of the TCG players have been wanting for years, complete with over 10,000 cards and cross-play across all platforms. Having been invited by Konami to take a look at the game, there's also one other thing Master Duel has going for it: it might be the best way for newcomers to learn the TCG.

Master Duel is doing a lot more in terms of onboarding new players. This is being achieved in three distinct ways: a huge amount of single-player content, multiple tutorial modes, and in how it communicates vital game information to you. 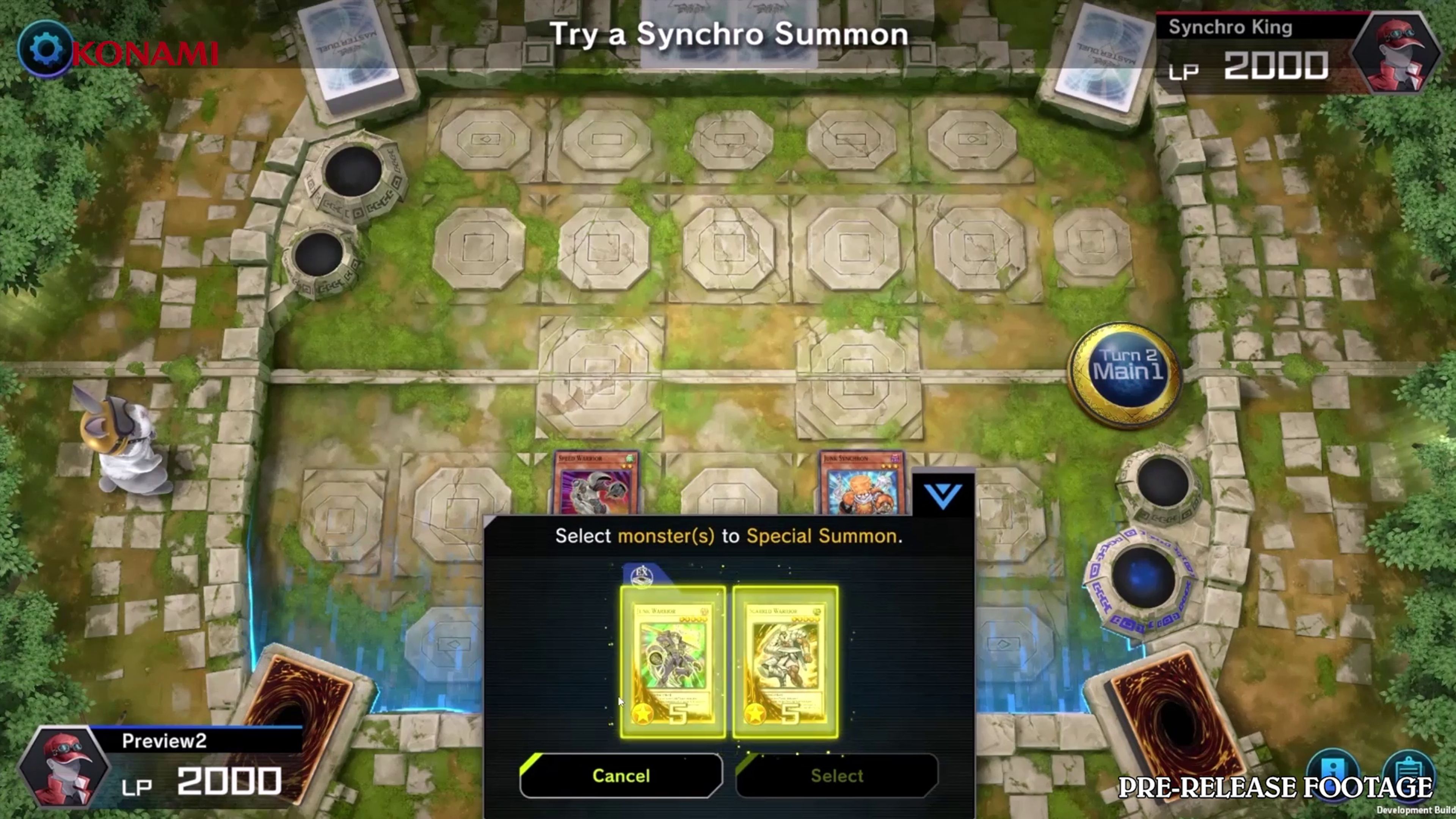 Tutorials can be boring, especially when explaining a game as complex as Yu-Gi-Oh!. Master Duel is trying to circumvent that boredom by offering up two types of tutorial with varying degrees of hand-holding. The first are tutorial missions, which are heavily linear, guided explanations of basic concepts in the game. This isn't too different from what we've seen in other titles like Legacy of the Duelist. How to summon a monster, how to attack, what life-points are, that kind of thing.

The second type are Duel Strategies. These explain more complicated elements of the game alongside advanced strategies. Sometimes they might be as rigid as the tutorial missions, but explain mechanics like tribute summoning or summoning a monster into either attack or defense position. Other times they may loosen their grip a bit and let you experiment in a sandbox environment to master difficult-to-grasp concepts against an AI, like Synchro, Xyz, or Fusion Summoning. 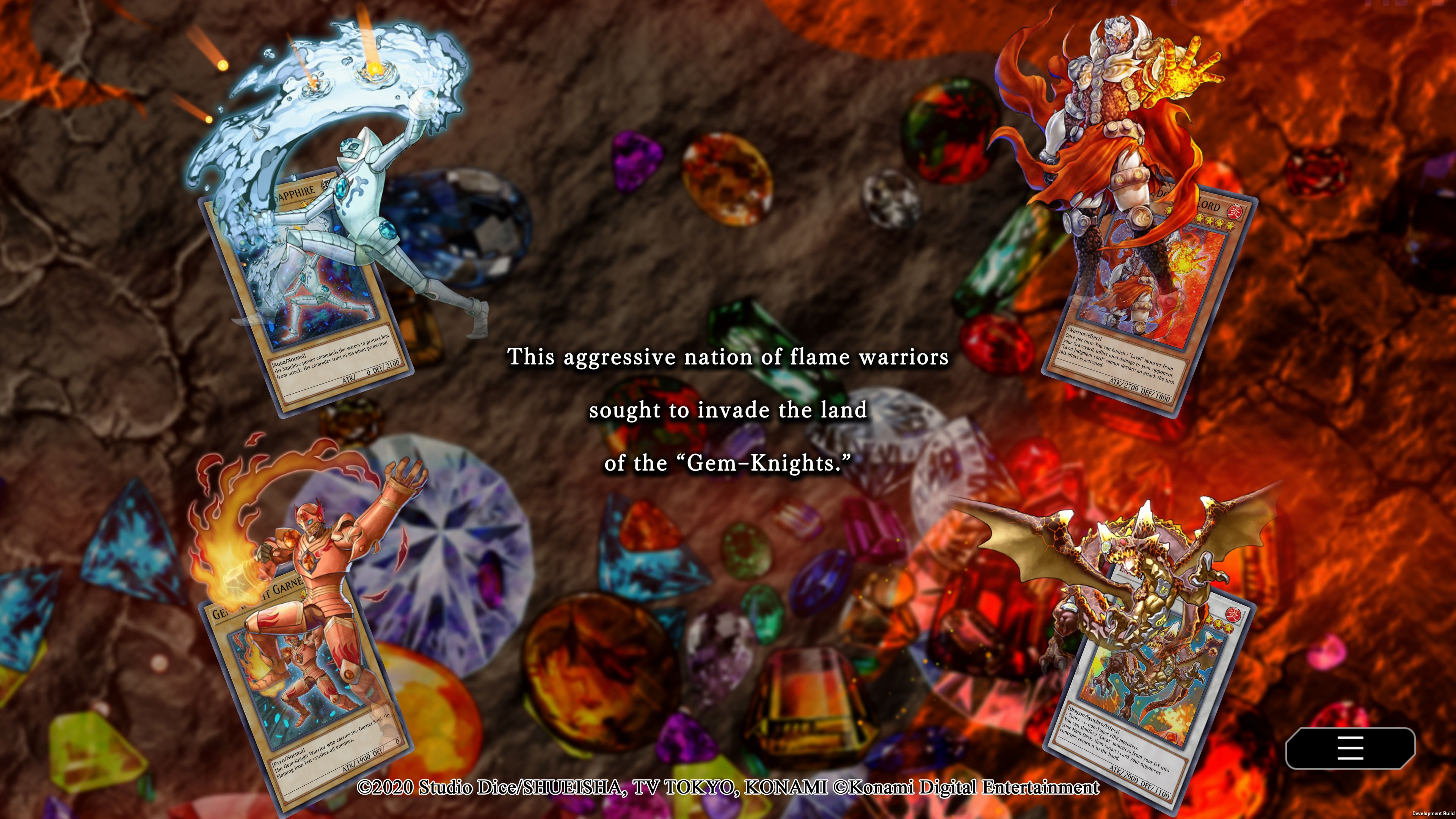 For once, a Yu-Gi-Oh! game isn't just adapting the anime arcs we've seen, read, and played through countless times before. It instead focuses each campaign on one of the game's most popular deck archetypes (archetypes being synergistic cards that go together to form most Yu-Gi-Oh! decks, such as Performapal, Elemental HERO or Zoodiac decks).

For veterans, this will be a rare in-universe look at the cards that define their favourite decks. Most of the time we've only ever seen these cards played by various anime characters, never going too deep into the design behind them. Meanwhile, for newcomers it'll be a chance to pilot and learn the most popular decks in a safer, single-player environment. So far a handful of archetypes are confirmed to be getting this story treatment, including Monarch, Gem-Knights, and Digi-bug. 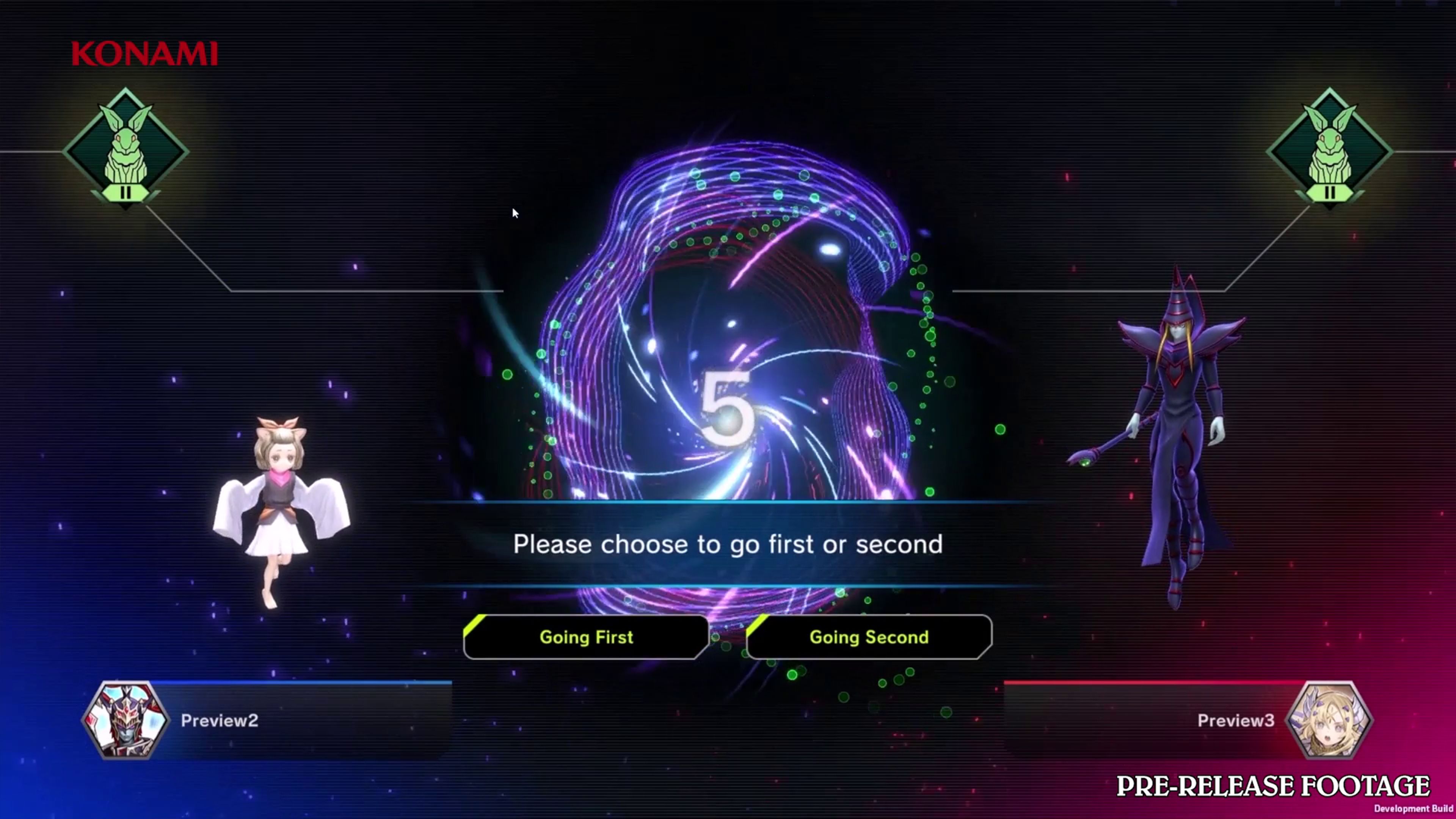 Many games tend to explain the basics and then throw you to the wolves of online multiplayer. Combining numerous, gradually-relaxing tutorial stages with real, genuine single-player content is a great way of gently guiding the player to higher levels of play without scaring them off – much like Riot has done with Legends of Runeterra.

Konami is keen to make sure that multiplayer play isn't the end of your learning, though. Multiplayer will also have many quality-of-life design choices to help newcomers settle in and find their feet in a territory that can be offputting or even sometimes even borderline hostile for beginners.

The first is the Friend Duels system. While you can still directly challenge an opponent to a duel, a more appealing feature is creating a room where up to six players can all duel and spectate each other. Inspired by local game stores and physical play, being able to watch your more experienced friends is going to be much more appealing to some than just throwing themselves against the uncaring wall of internet opponents.

Spectators will have a lot of control over how much information they see. While veterans may want a cleaner view of the table, novices can benefit from turning on options that give them deeper explanations on the cards being played, and even full rule explanations that update as the game progresses. On top of that, duels will have a full 'duel log', recording each turn for any player to refer to at any time. 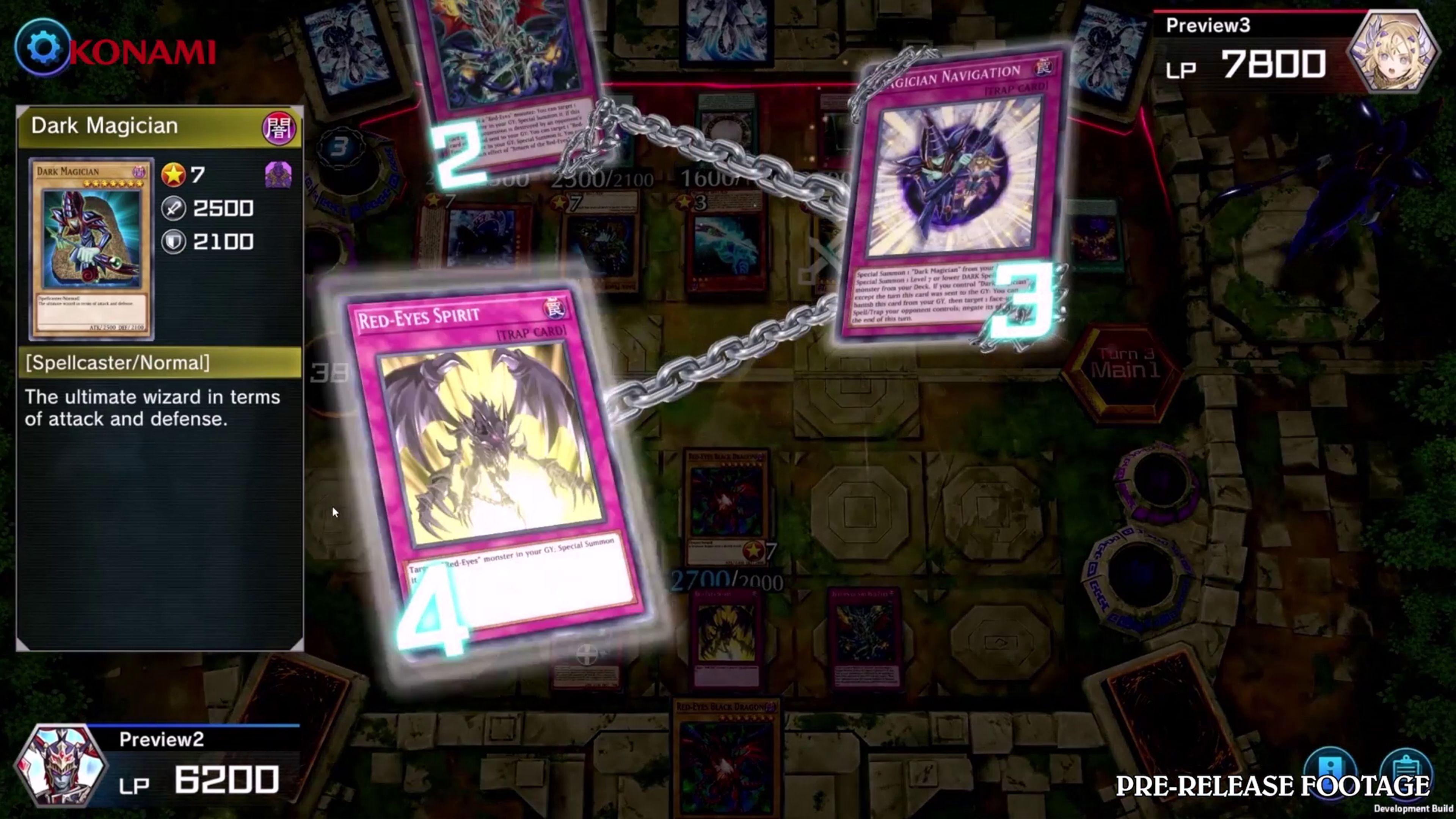 With all these fancy features, it's easy to miss the simpler things Master Duel is doing for new players. The visuals are explosive and flashy, but they also highlight difficult-to-follow aspects of the game. A great example of this is the chain, where abilities and spells that are pending go before they're resolved (Magic players will know this as the "stack").

Even for experienced players, tracking the chain and knowing which order to resolve everything in can sometimes be a challenge. But Master Duel has worked around this by putting the chain on a literal chain. As each new trigger happens, new links are put onto the chain, and then taken away again when they're resolved. It's a fantastic visual representation of a complicated game concept that's as useful as it is appealing to look at. 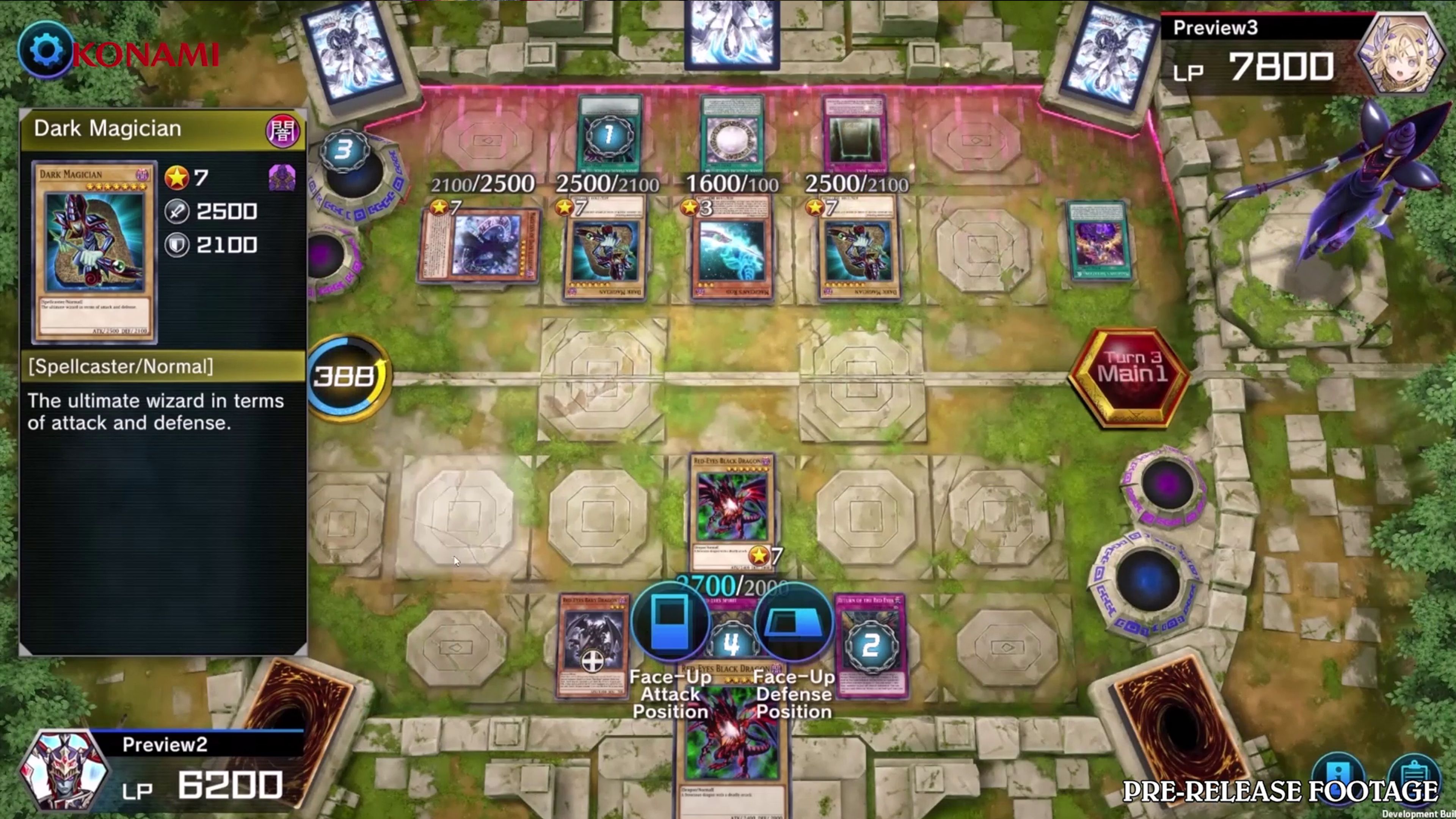 It's impossible to look at Master Duel and not draw comparisons with Magic The Gathering Arena. Both are free-to-play, cross-platform games aiming to be faithful adaptations of their tabletop counterparts, with expansive card libraries and full tournament support from their respective publishers. They even look similar, with similar battlefields and the use of pets (or "mates" as Master Duel calls them) cheering you on from the sidelines.

But I don't think it's fair at all to call Master Duel a clone. From what little we've seen of it so far, it seems like it's really going a step further than Magic in being an accessible learning tool for new players to get into a game that can be eye-wateringly complex even for TCG experts. If anything, Arena could do with taking a few notes from Master Duel, and it isn't even out yet.

Yu-Gi-Oh! Master Duel launches in Winter 2022 for PlayStation 5, PlayStation 4, Xbox Series X/S, Xbox One, Switch, PC, iOS, and Android. Full cross-play and cross-progression will be supported across all platforms.