Note that if you click on one of these links to buy the product, IGN may get a share of the sale. For more, read our Terms of Use.

The Razer Turret is lovably wonky. It’s a chunky all-in-one keyboard and mouse, fused to a matte black platter. It’s made for Xbox gamers—the ones who compete from the couch.

It’s actually the second iteration of the Turret, but in many ways, it’s the first of its kind. That’s because Razer’s partnered with Microsoft to create the first wireless keyboard designed specifically for Xbox One and licensed by Microsoft. The device itself looks and feels like the lovechild of a Razer Mamba and a Razer BlackWidow (minus the number pad).

The Turret has Razer’s proprietary mechanical switches—Razer Green—and a retractable mouse pad. The mouse pad is decked out with a weak magnet designed to keep your mouse from slipping while perched at an angle on your lap. The Turret also comes equipped with a dedicated Xbox Key that gives you access to the homescreen and Razer Chroma lighting, and all of this is a whopping $250 (See it on the Razer Store). 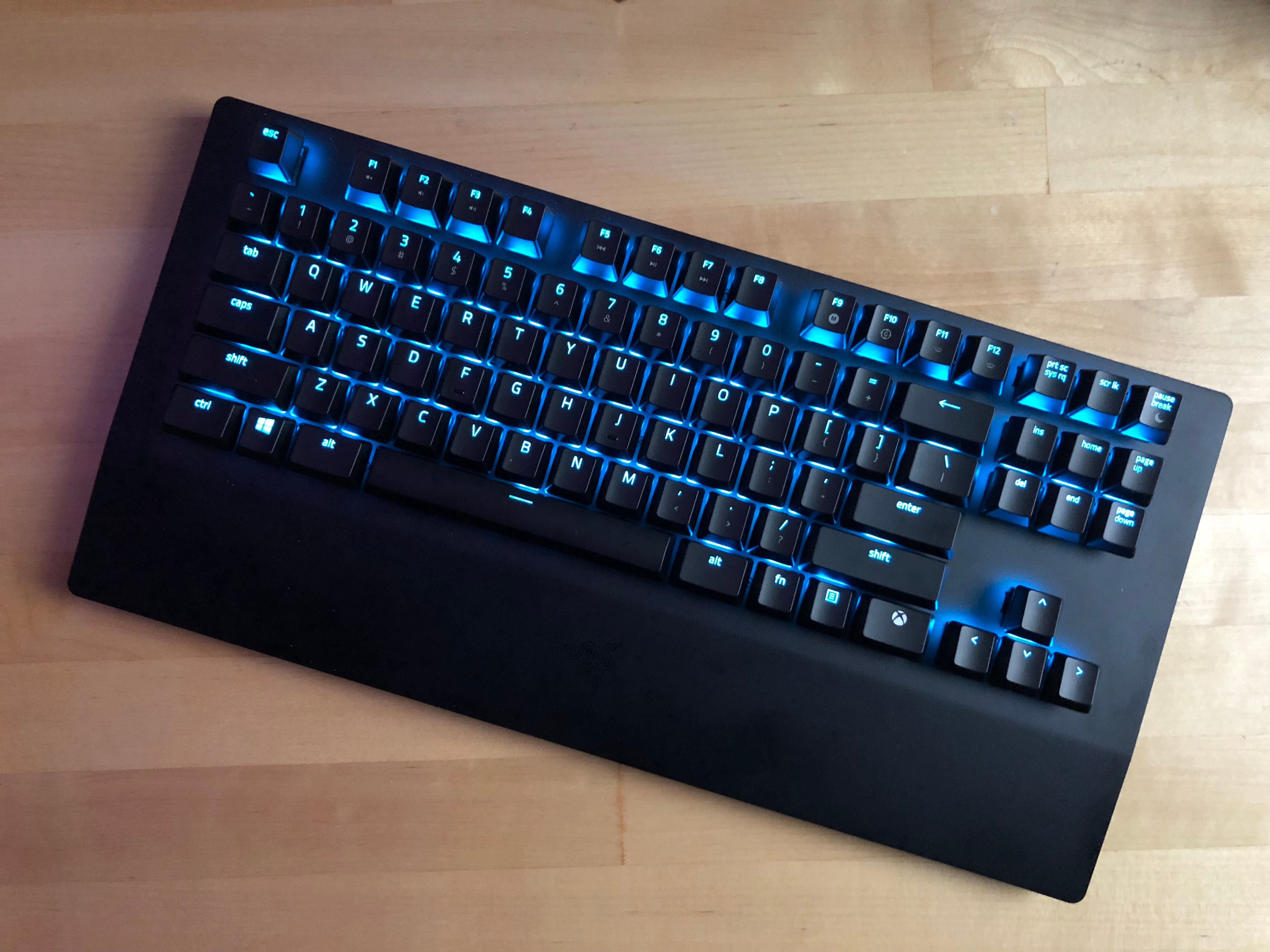 Unfortunately, its wireless capabilities all rely on a very tiny 2.4Ghz dongle, which I dislike for two reasons. First, I’m bound to lose any dongle this small—just ask the frantic search party I employed after a pre-review misplacement. Razer, at least, has given thought to this problem and crafted a dongle-sized cutout in the mouse. 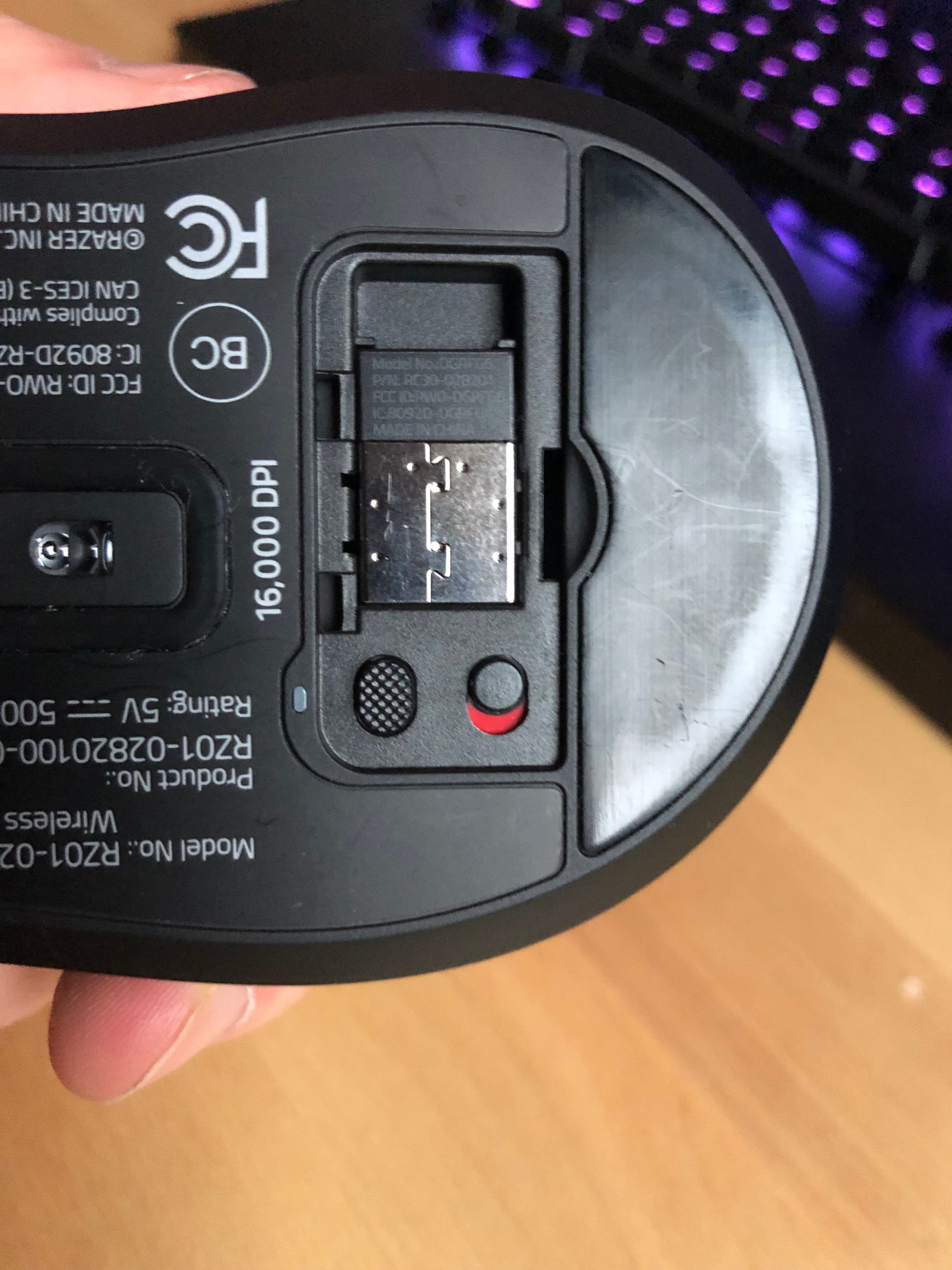 Second, where I play games, there’s usually a lot of noise, especially in the 2.4Ghz range. Razer has also considered this, so it employs Razer’s proprietary Adaptive Frequency Technology (AFT) that lets it hop channels to avoid congestion. It seems like it works too, as in my time with the Turret I never got suddenly disconnected.

Razer’s also crafted a supplementary Razer Turret app—which allows you to customize your mouse sensitivity and keyboard lighting. There are some great options to choose from, but my favorite was reactive—a style that made keys glow after you’d hit them—and Starlight, a wildly impractical setting that made random keys glow like flickering stars. 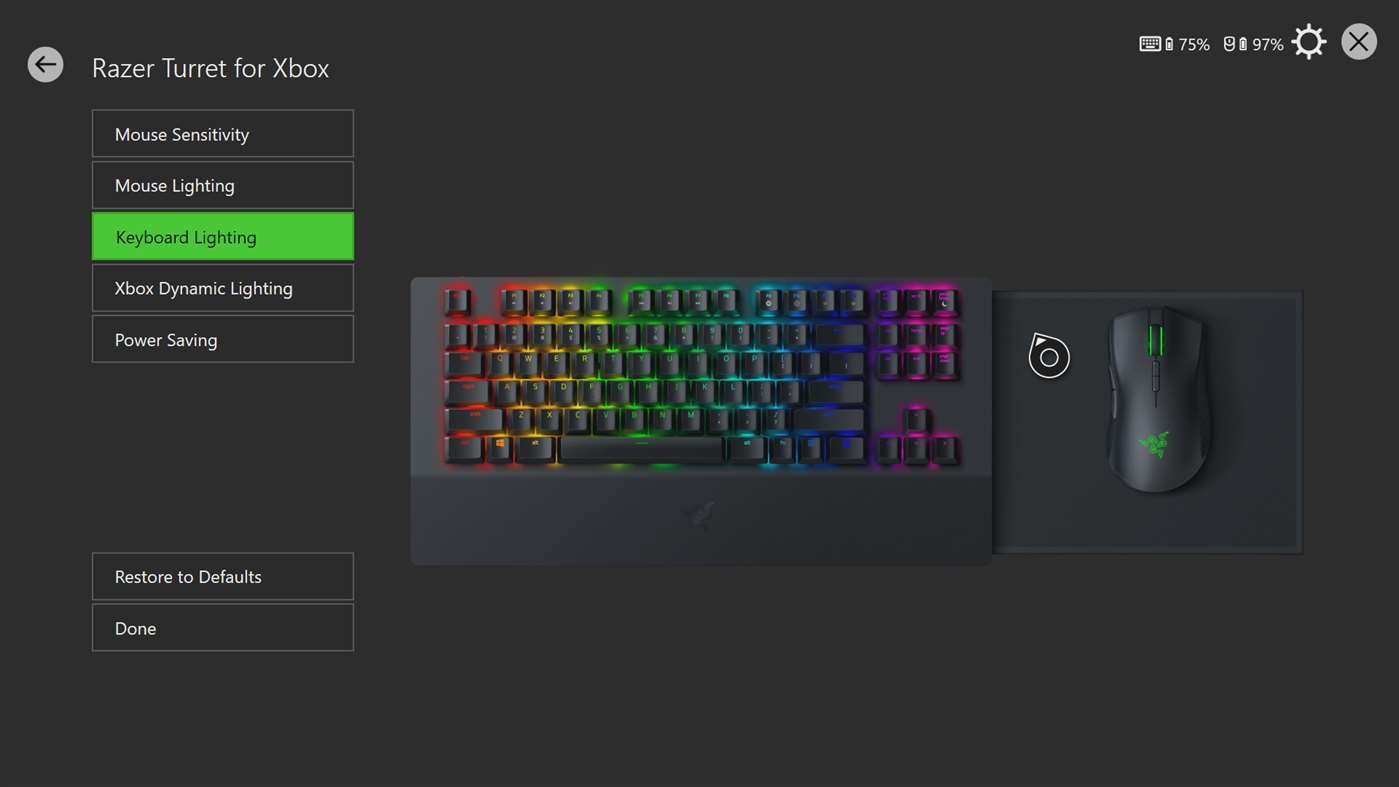 The Turret has a pretty impressive battery life, as it’s rated for 11 hours of gameplay with lights blazing. But you can nearly quadruple the battery life to 40 hours by turning the lights off. You can also squeeze a little more juice out of the battery by adjusting the power settings in the Turret app, though the options are pretty much limited to how quickly you want the device to power down when it hasn’t received an input.

There’s a lot to love with the Turret. The Razer mechanical switches felt fantastic, with a gentle clickiness and a responsive feel. I adored the weight of the device too. Included in the box are braided cords—which allow you to charge and play simultaneously.

The 16,000 DPI mouse is modeled after the Razer Mamba. It features a lightweight body and comfortable contour, with two side buttons and a tactical, clicking scroll wheel. The mouse is rated at 30 hours of battery life with lighting on—and up to 50 hours with it off. The Turret comes with a short cord and you can actually charge the device from the keyboard.  The mouse is rated for a durability of up to 50 million clicks. But most importantly, its asymmetric design felt comfortable in the hand. 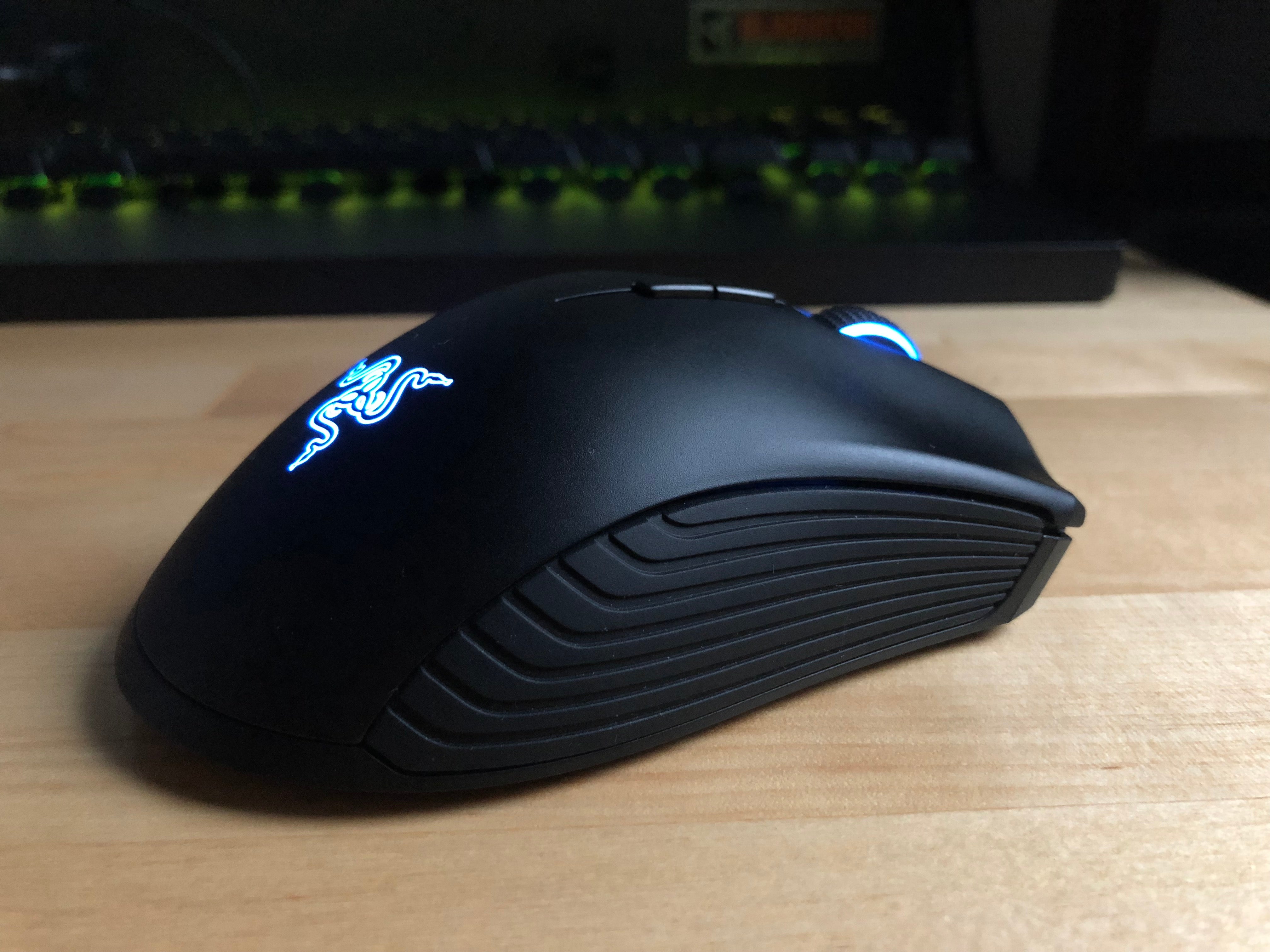 Pairing the device is a cinch. You plug the dongle into one of the USB ports, flip a switch on the keyboard and mouse, and (provided your device is charged) you’re connected. You can also play in wired mode, which is done by just plugging it in using the included six foot cord and turning the Turret on.

Navigating through Xbox One’s UI is done strictly through the keyboard. The Turret makes this simple by dedicating a button to getting back to the Xbox’s home screen—and I never accidentally hit this button at the wrong time or anything like that. The keyboard also features volume control keys, backlight control keys, and a sleep button.