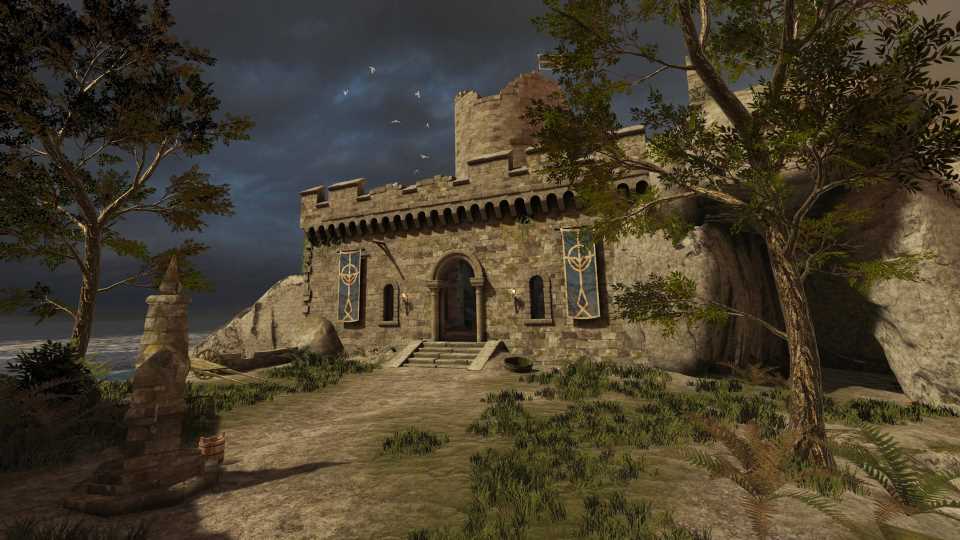 Physics-based VR melee brawler Blade & Sorcery is still going strong nearly two and a half years after its initial early access release. The next major development update will expand beyond the game’s sandbox roots and introduce a more linear experience with procedurally generated dungeons for players to plunder. Later updates will add looting and character progression systems to give players an ongoing challenge.

Blade & Sorcery developer Warp Frog today teased the game’s next major patch, Update 10, which will include the beginnings of a new linear game mode called Dungeons. While the developer says the game’s original sandbox mode is here to stay, Dungeons will give players a new way to play the game.

Update 10 will include the first procedurally generated dungeon environment, called Greenland, which the studio says is dynamically pieced together from hand-made rooms so that no two runs will be the same. Instead of battling waves of enemies, like in the game’s sandbox mode, dungeons will have pre-spawned enemies that players will need to defeat as they delve deeper inside. Enemies will also have basic AI with patrolling and a field-of-view.

While Blade & Sorcery’s Update 10 will bring the first dungeon environment, along with a revamped ‘home’ space for players (previewed here), it won’t yet include a loot or character progression system. These are expected to be added in later updates; the developer has teased a currency system for buying better equipment and some kind of skill tree for unlocking new abilities.

The studio stresses that it’s still early for the Dungeons mode and the initial release is likely to feel incomplete (it is early access, after all), but the hope is to gather some key feedback as the rest of the systems come into place in later updates. For now, Blade & Sorcery Update 10 is expected to land around Q3 or Q4 this year.