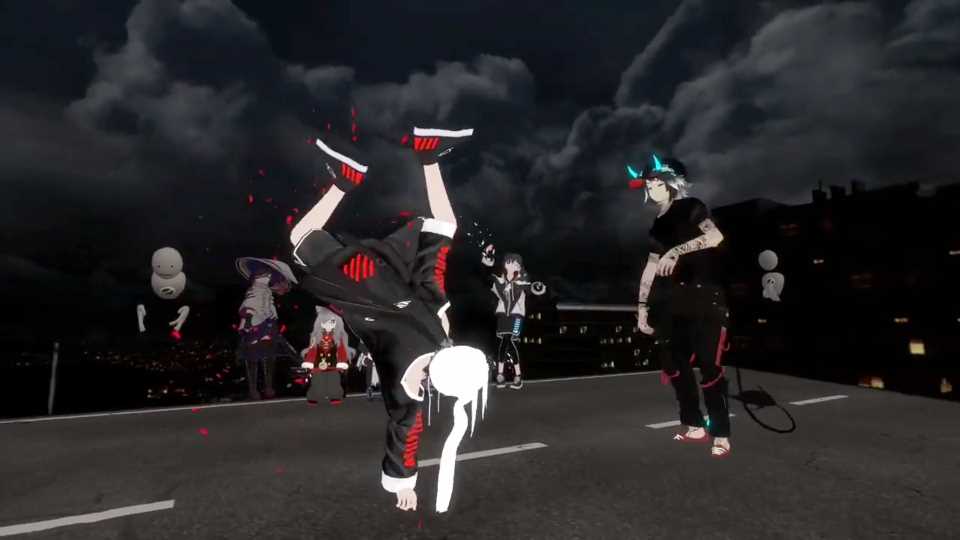 If you aren’t paying close attention to VR, you’d have no idea that some insanely futuristic stuff is already happening today. Case in point: VRChat is host to a growing community of people strapping on motion-trackers to have live dance battles in virtual reality.

Yes it looks pretty janky at times, and the hardware is surely a pain to strap on, but there’s no denying we’re living in the future when people are donning headsets, stepping into anime avatars, and breakdancing with each other in virtual reality.

These are real people, connected virtually from around the world, actually performing these dance moves in real-time. Dance battles like these have been cropping up in VRChat, a social VR application which has embraced both full-body motion tracking and an ‘anything goes’ approach to avatars; the culmination of which has led to this unbridled level of digital self-expression.

To pull off the full-body dance moves in VR, prolific VRChat dancer Makoto from South Korea uses an HTC Vive headset with wireless add-on, Index controllers around his wrists, and Vive Trackers on his waist and feet.

Dancing in VRChat has been a thing from the outset, from simple spontaneous dance parties to players going as far as doing actual pole dancing in virtual reality.

Communities are beginning to form around these activities, with organizers coordinating virtual get-togethers, mentorship, and competition, connecting people from across the globe who would almost certainly not have met otherwise.

The International Dance Association (IDA) is one such organization. The group has hosted a series of tournament-style dance battles with judges and prizes; the IDA helpfully explained the format of one of its events last year, using VRChat, naturally:

Dancing in VR is greatly enhanced by motion-capture accessories, which means that there’s still a significant barrier to entry given the cost of buying additional accessories for full body tracking. Luckily there’s already some competition brewing on that front, alongside increasingly more affordable VR headsets.

On the software side, improvements in avatar technology will also enhance the experience. Makoto showed off his dancing skills in another social VR application, Neos VR, which replicates his movements in virtual reality more realistically:

While such communities are still fledgling, the grass-roots dancing movement in VRChat and beyond is yet another example of VR’s ability to remotely connect people in truly unique ways. As the technology gets better and cheaper, you can bet that this and other unforeseen VR use-cases will continue to emerge.