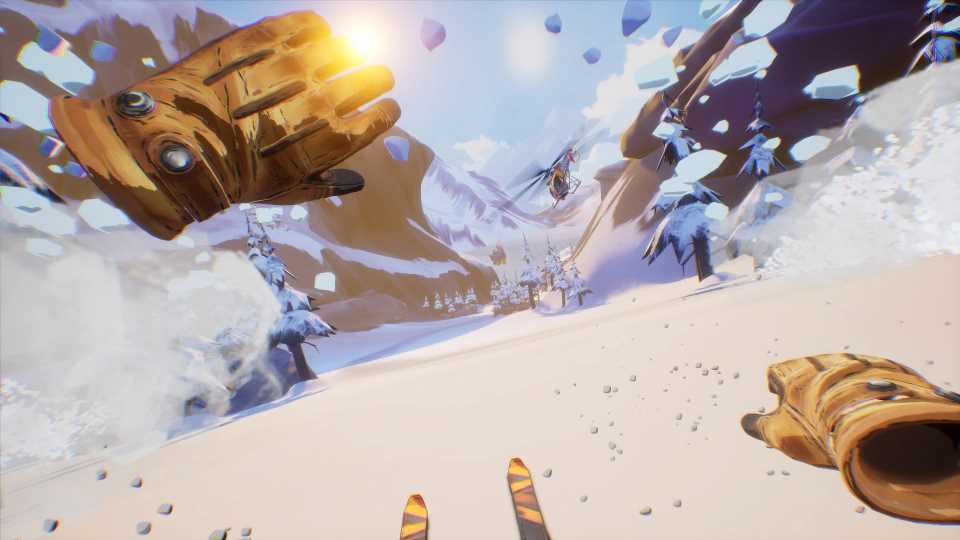 Fracked, the upcoming shooter from Phantom: Covert Ops (2020) developer nDreams, is officially set to release on August 20th, arriving exclusively on PSVR. Can’t wait to strap on those skis and jump in? Well, there’s a free demo is now available on the PlayStation Store.

The Fracked demo is said to contain over 30 minutes of gameplay which lets you go hands-on with the game’s ski-based locomotion method alongside its “no-rails” movement system, which lets you traverse the game on foot, by climbing obstacles, and physically grabbing cover to hide behind.

We’ve got an early preview of the Fracked demo, and we were notably impressed with its colorful, well-executed art style and its satisfyingly tactile combat. Road to VR’s Ben Lang says he especially like how Fracked mixes things up with climbing, zip-lining, and some other one-off activities.

“Beyond skiing, another one-off we saw in the demo is controlling a crane to clear an inaccessible pathway. These kinds of things can be fun breaks from a constant run-and-gun, so we’re definitely hoping to see more peppered throughout the full game,” Lang says.

Alongside the Standard Edition of the game ($30), the studio is also offering up pre-orders for a Deluxe Edition ($35). That gets you get a 72-hour head start with the game before it launches on August 20th, as well as Earth Defender equipment skins, a digital artbook, and digital soundtrack.