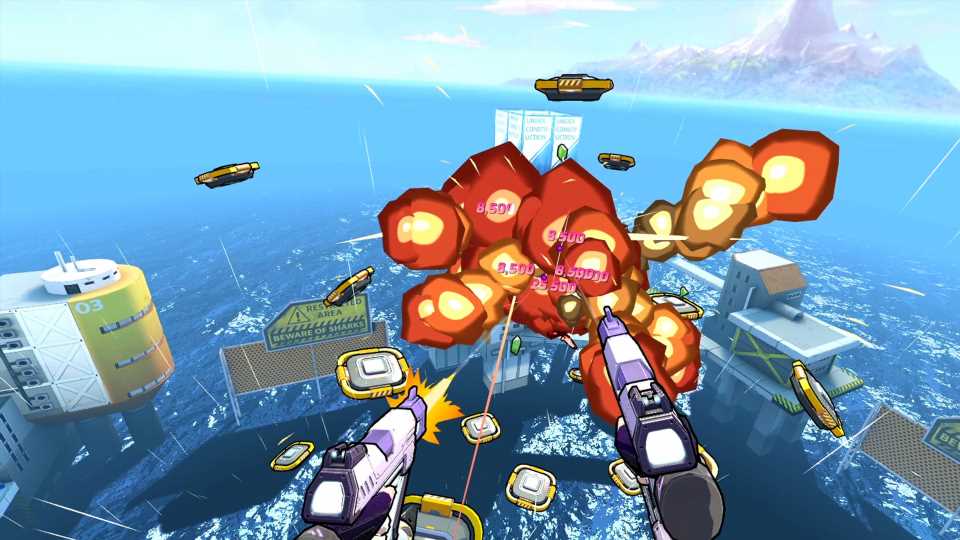 SWARM is a high-flying arcade shooter from Greensky Games that gives you two grappling hooks and plenty of firepower to take down gads of enemy drones. Swarm has been in beta testing for the past year, but now Greensky says it’s coming to Quest and Rift on April 8th.

The team originally aimed to release Swarm in September 2020, but took six extra months of development to prepare the game for its launch on Quest and Rift, which includes cross-buy.

It’s a single player game for now, launching first with competitive leaderboards, however Greensky tells Oculus that multiplayer “will be coming in the near future.”

Swarm was partly inspired by the grappling locomotion mechanic in Windlands (2016), but it wasn’t clear exactly what would follow in the early days of development.

“We spent 4 months iterating on grappling, and had a breakthrough when we gave the rope some elasticity and tension simulation – suddenly it felt like we had more control and power, more like Spider-Man,” says Peter Le Bek, Founder of Greensky Games. “From there we considered building a 3D platformer, or a racing game, but we settled on the strategic arena shooter because swinging through explosions and plunging down on enemies while shooting them was just ridiculously fun!”

Swarm is launching first on Oculus Quest and Rift on April 8th; the SteamVR version is said to follow at some point, with its Steam listing indicating a Summer 2021 release window.