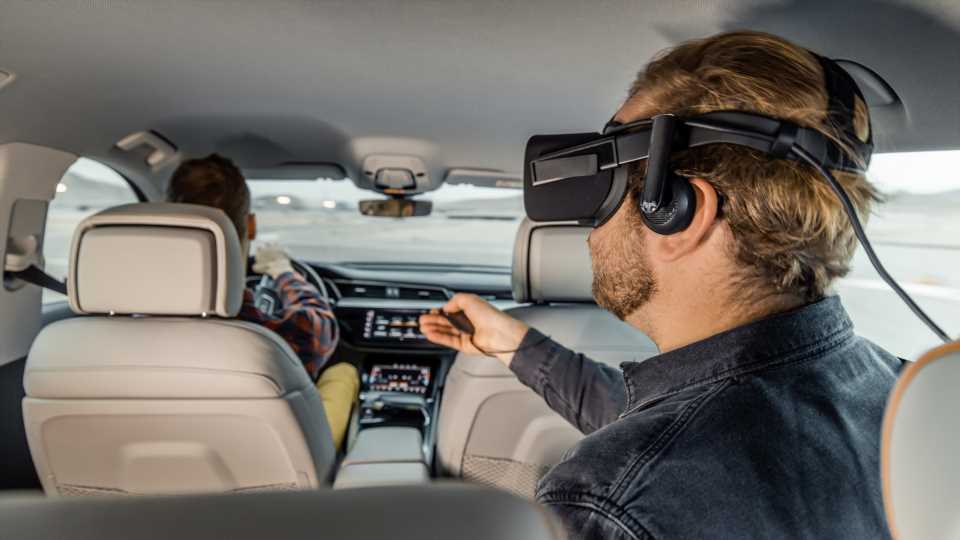 The company first unveiled its tech back at CES 2019, showing off its platform which integrates a car’s movement with a VR content. The idea is backseat passengers can use a VR headset whilst playing videos and games that are synced-up with the vehicle’s movement, something that aims to not only be fun, but also a comfortable experience since all of the movement you’re feeling in-game is also happening in the physical world.

The round was led by Terranet AB, developers of advanced driver-assistance software (ADAS). Other co-investors include Multi-Dimensional Connectivity (MDC) Limited, Schell Games, Audi, and a group of Chinese financial and automotive technology investors organized by investment professional Jingjing Xu.

The company says it’s using the fresh funding to acquire more talent, attract more content creators, and prepare for its international launch starting next year. The latest round brings the company’s estimated valuation to €30 million (~$36 million).

Terranet, a creator of advanced driver-assistance systems (ADAS), says it will work with Holoride to “enhance the real-time, in-car XR experience by incorporating aspects of its versatile sensor tech software to ensure precision, speed, and intelligence as vehicles move safely and quickly through their environments.”

Pär-Olof Johannesson, CEO of Terranet, will also be joining Holoride’s advisory board as part of the deal.