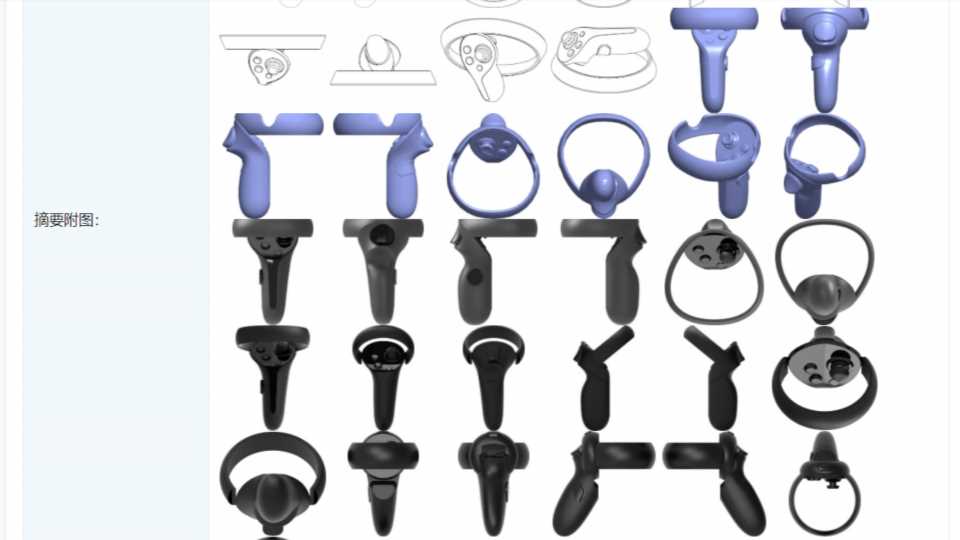 Chinese tech giant Huawei isn’t new to virtual reality, although it’s certainly not the first name you think of when it comes to VR headsets. Historically, the company has pitched its VR headsets more as smartphone accessories à la Samsung Gear VR. A patent registered with the Chinese intellectual property office (CNIPA) showing a very Oculus Touch-like motion controller may point to the company’s growing VR ambitions however.

Huawei is certainly feeling the pressure of reduced smartphone sales due to US sanctions and a ban on packaging its hardware with Google services. Could Huawei be focusing more on VR to boost revenue?

A CNIPA patent, numbered CN306513655S, was uncovered by Chinese language site ITHome (via Notebook Check). It shows an Oculus Touch-style motion controller with a characteristic ring embedded with LEDs for 6DOF optical tracking. Granted, a patent doesn’t guarantee the company is actively developing a new VR headset, however if Huawei is looking to create its own 6DOF native VR headset, it would make sense to lay down multiple patents before it does so. We’ll be keeping our eye on Huawei in the coming months as live events like MWC 2021 inevitably pick back up in the wake of the prolonged pandemic. At the time of this writing Huawei offers one consumer VR headset, the smartphone-tethered Huawei VR Glass. For now, it’s only sold in a single flavor: a 3DOF headset and single controller, which ostensibly offers a similar experience to Oculus Go or Samsung Gear VR. You can also add in Nolo’s CV1 tracking basestation and controllers, although the same is true for nearly all 3DOF headsets.

A new version of Huawei VR Glass was revealed last year, showing an attachable 6DOF optical tracking module and 6DOF motion controllers. Those devices however were created by the China-based creator Camsense, and not Huawei itself.