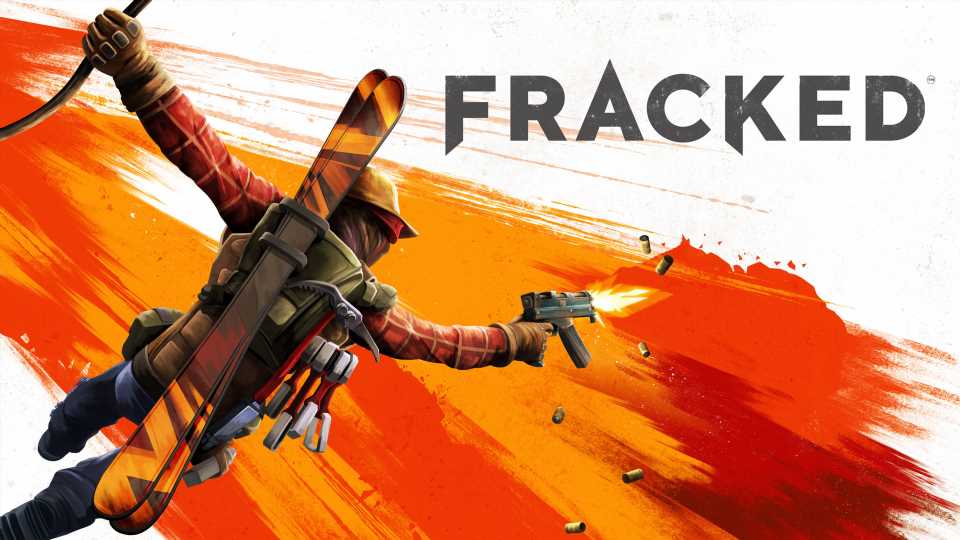 VR publisher & developer nDreams, most recently behind Oculus exclusive Phantom: Covert Ops (2020), today announced its next VR title, Fracked. Due out this Summer exclusively on PSVR, Fracked looks to bring “run and cover” gunfights to VR with interesting locomotion.

In Phantom: Covert Ops, nDreams managed to build an entire VR game around a kayak as the game’s mode of locomotion—and it worked pretty darn well. In Fracked the studio once again looks to innovate on the locomotion front, this time aiming for “free and fluid” skiing and climbing to be core to the game’s movement options.

The game is set to be exclusive to PSVR (requiring PS Move controllers), and while it will work on PS4, nDreams says the game has also been “fully enhanced for PS5,” which is backwards compatible with PSVR. The studio released a teaser trailer today revealing a Borderlands-like art style:

And here’s the premise, in which the studio also talks up its “grabbable cover system”:

Grab your gun, cock it, and take aim as a maverick war hero thrown back into the fight. Experience innovative VR gunplay that ingeniously blends improvised run and gun combat with a 1:1 grabbable cover system. Move freely around the battlefield to outflank, outsmart, and outgun an escalating threat with your arsenal of deadly, fully interactive weapons.

Venture through a harsh and dangerous mountain locale by seamlessly transitioning between a host of first-person free movement methods. Physically lean into the bends on your skis to master the slopes at high speed. Reach out and hold on for your life as you climb and zipline far above the ground or perform audacious base-jumps to elude your foes. No rails. No limits. No mercy.

The corporation dug too deep unleashing the ‘Fracked’ from the depths. Across one day, take on an interdimensional army that combines hive mind mentality and gun-wielding supremacy – the perfect targets to unload round upon round into. Fracked is in-your-face action with a cutting commentary on corporate greed and the climate change emergency. Save the day, to save the world.

While there’s no denying that nDreams did a good job with the kayak in Phantom: Covert Ops, it did feel like the player’s freedom was somewhat constrained given that they are stuck in the kayak for 100% of the game. At times the kayak felt like it would have been a great segment of a larger game.

nDreams seems to have caught onto that feedback and is aiming for a multi-modal approach to locomotion in Fracked. In the trailer we see several ways for the player to get around: skiing, climbing, zip-lines, and running. Beyond that, the studio says that players will even have the opportunity to base-jump from high locations.

We’ve seen the successful implementation of multi-modal locomotion in games like Stormland and are looking forward to nDream’s take on the same.

The studio also released a slew of Fracked screenshots today which give a clear look at the game’s visual style: As a PSVR exclusive, ostensibly Sony has financially supported the title to some extent to ensure exclusivity, but it’s interesting to see this happening so late in PSVR’s lifecycle. We know that a new PSVR headset is in development, but it isn’t due out until sometime after 2021. Perhaps Sony is making an effort to tide users over until its next headset?