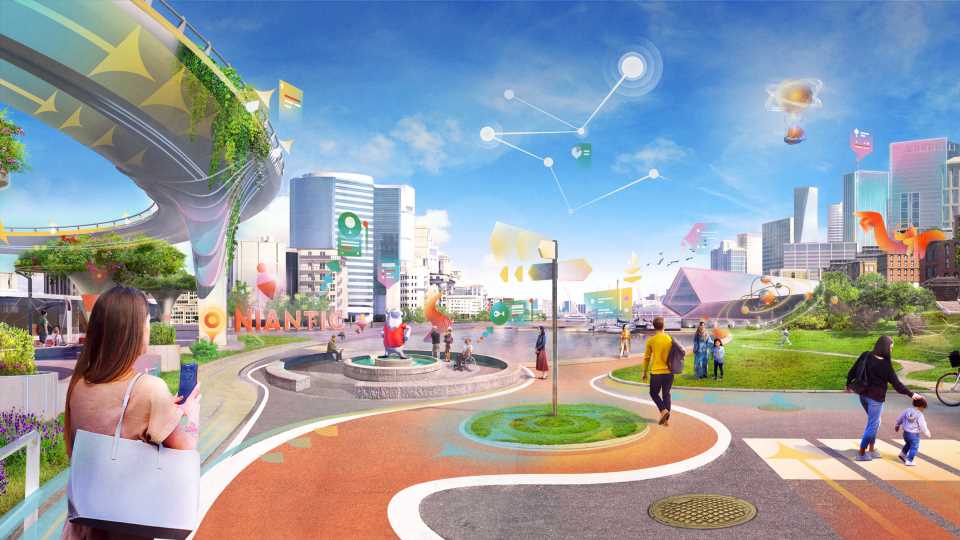 Niantic, the company behind Pokémon GO, today announced it has raised a $300 million Series D investment which values the company at $9 billion. Beyond its geo-location games, the company has been building out a world-scale framework which it believes will be critical for a future full of rich augmented reality.

Niantic is best known for games like Pokémon GO and Pikman Bloom, and while these games focus mostly on geo-location gameplay, the company has long been steadily building up the tools and technology to deliver full AR experiences for the future. Earlier this month Niantic released its Lightship platform which gives developers a foundation for building shared, world-scale AR applications.

It’s on the back of that tech—and perhaps a little metaverse hype stirred up by Meta (formerly Facebook)—that Niantic has closed a $300 million Series D investment. The money comes from investment firm Coatue and values the company at $9 billion, according to Niantic. That bring’s Niantic’s total funding to $770 million to date, according to Crunchbase.

“Niantic is building a platform for AR based on a 3D map of the world that we believe will play a critical role in the next transition in computing,” said Matt Mazzeo, a General Partner at Coatue. “We are excited to partner with Niantic because we see this infrastructure supporting a metaverse for the real world and helping to power the next evolution of the internet.”

In the investment announcement the company also claimed that it has “tens of millions” of monthly active users across its existing titles.

Beyond building an AR platform for developers, Niantic clearly has ambitions to build more of its own first-party content—and maybe even hardware. Earlier this summer the company showed off a prototype demonstration of Pokémon GO running on HoloLens 2 and teased a glimpse of a see-through headset which we’re still eager to hear about. It’s undeniably preparing for a future of all-day AR glasses.

In order to accelerate that future, the company also recently announced Niantic Ventures, a $20 million fund to invest in burgeoning AR experiences build on its Lightship platform.