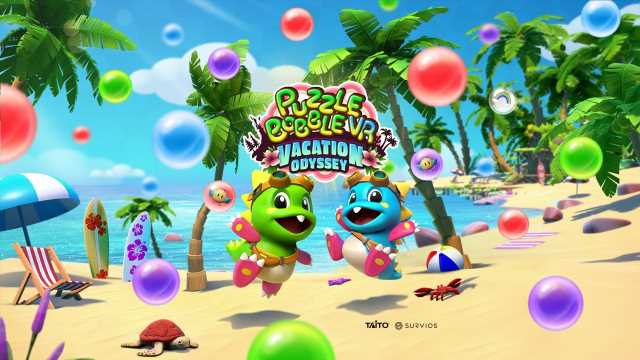 Puzzle Bobble VR is being developed by Survios, the studio behind Creed: Rise to Glory (2018) and Raw Data (2017), and published by the series’ original creator TAITO.

The first-person game is said to include 100 levels in story mode, letting you physically take aim with hand-held slingshots, match colors, and burst 3D bubble clusters to progress through the island environments. Outside of trying to get a perfect three-star score, Survios says you can also unlock power-ups with “clever VR interactions” by earning coins.

The game’s soundtrack is being created by Taito ‘house band’ Zuntata, which the studio says will include “well-known Puzzle Bobble classics plus new songs composed specifically for Vacation Odyssey.”

Puzzle Bobble VR: Vacation Odyssey is launching exclusively on Oculus Quest on May 20th. You can wishlist it on the Oculus Store here.