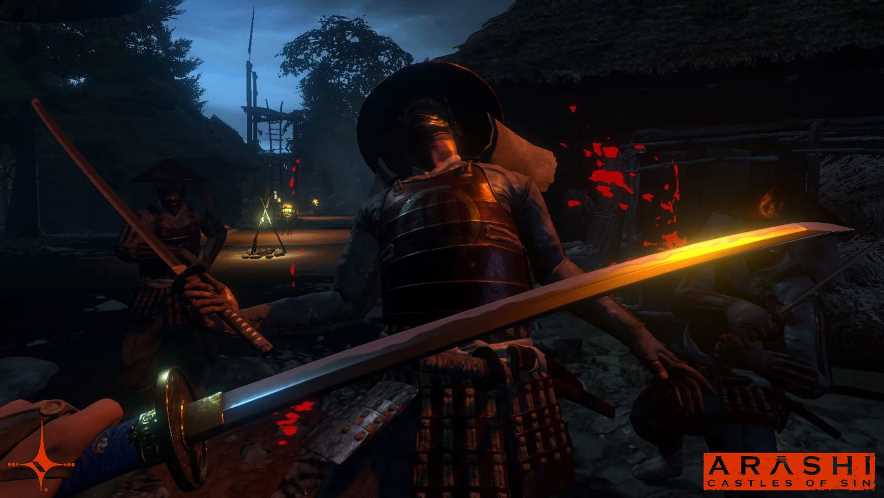 Arashi: Castles of Sin launches today on PSVR, promising to give players a stealth-action sandbox set in feudal Japan.

Arashi: Castles of Sin comes from Endeavor One, the studio behind the Halo Recruit demo, VR attraction experience Dome of the Dead and others. Available starting today on PSVR priced at $30, Arashi: Castles of Sin is the studio’s most ambitious VR game to date, and one of the larger PSVR releases in some time. A physical version of the game will be available worldwide starting on September 3rd.

Arashi takes players to feudal Japan and promises to put them in the boots (or is it jika-tabi?) of a trained ninja who stealthily infiltrates bases to take out opponents. The studio says players can expect a wide range of weaponry like a “katana and tanto, shuriken, bow and arrows, grenades, grappling hook,” and more. You’ll also have a wolf companion to help take down enemies. The game’s grappling hook has been shown to work both as a means of locomotion (quickly zipping from A to B), and as a weapon (pulling enemies off of ledges), making it an interesting tool in what the studio says is a “stealth-action sandbox” driven by a dramatic story about political intrigue and revenge.