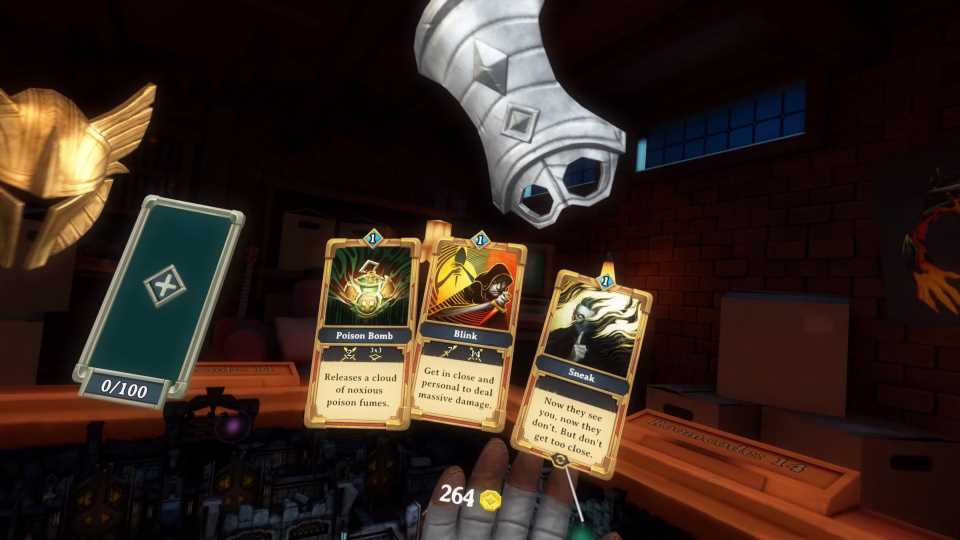 The studio says the multiplayer co-op game pits up to four players against the archetypal Dungeons & Dragons-style beasts and goblins, replete with multi-sized die to combine attacks with special ability cards gathered from treasure chests throughout the various levels. Players can take on one of four classes: Guardian, Sorcerer, Assassin and Hunter.

The video shows off an interesting mix of first and third-person tabletop action. We’re eager to see just how mechanics are divided between the two realms. Whatever the case, it seems Resolution Games is grasping the zeitgeist by its FFP2 mask by offering socially-distant tabletop fans a VR-native take on the genre.

“It’s so easy to get lost in the different environments of the game,” said Tommy Palm, CEO of Resolution Games. “Are you sitting around a table playing a board game with friends in your parents’ basement? Yes. Are you a hero exploring levels of a dungeon and facing hordes of monsters and traps with your fellowship of warriors? Also yes. It’s this combined experience that’s so reminiscent of traditional tabletop gaming with friends that makes Demeo such an engaging experience.”

Demeo is slated to release sometime this year on Oculus Quest, Oculus Rift, and on SteamVR headsets. Notably, Demeo also set to be accessible by traditional monitors via Steam, which will allow cross-platform play between PC and VR headsets. You can wishlist Demeo on Steam here.